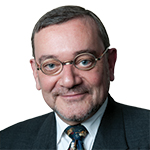 Tokyo must embrace D&I to avoid a bleak future

In recent years, diversity has become a buzzword. Barely a day goes by without some mention of it in the media. As in many other areas, Japan is noticeably behind in embracing the concept.

For this reason, the British Chamber of Commerce in Japan has made a point of promoting it in speeches and seminars as well as in this very magazine. But what exactly is meant by the term?

One of the best definitions I have come across, from a website hosted by the University of Oregon, reads as follows,

“The concept of diversity encompasses acceptance and respect. It means understanding that each individual is unique, and recognising our individual differences. These can be along  the dimensions of race, ethnicity, gender, sexual orientation, socio-economic status, age, physical abilities, religious beliefs,  political beliefs, or other ideologies. It is the exploration of these differences in a safe, positive, and nurturing environment. It is about understanding each other and moving beyond simple tolerance to embracing and celebrating the rich dimensions of diversity contained within each individual”.

I particularly like the reference to “a safe, positive, and nurturing environment” because it seems to underscore just why diversity is so important in our schools, workplaces and communities.

It is important in our schools because this is where values are inculcated and prejudices that may be encouraged (albeit unconsciously) at home can be challenged and set in perspective.

Young children are naturally free of prejudice; hatred and bigotry have to be learnt, as must the fear of those who are different.

It is argued that a diverse workforce is likely to be more creative and productive. A staff member who feels included (regardless of, say, ethnicity or sexual orientation) is likely to be happier and more committed.

Increasingly, astute firms are learning how best to recruit an increasingly diverse workforce and, more importantly, how to retain them.

Firms with more sophisticated approaches to recruitment and retention pay particular attention to the communities in which they operate; does the internal population reflect that on the outside?

Some HR departments offer managers training that is designed to build awareness of how to handle diversity across the board and how to manage potential conflict that can sometimes arise.

Of course, in some countries there are laws that oblige employers to ensure the rights of the disabled, or make it illegal to discriminate against women and people of colour. But there are other minorities who may not enjoy such strong legal protection.

Members of the lesbian, gay, bisexual and transgender (LGBT) communities frequently fall into this category. That said, an increasing number of enlightened employers identify LGBT-friendly managers and HR personnel.

In the community as a whole, the importance of inclusion of the diverse cannot be underestimated.

Take, for example, the years of hostilities in Northern Ireland between Catholics and Protestants. Even today, across the world ethnic and religious intolerance results in a heartbreaking loss of life and the suffering of countless innocent men, women and children who are persecuted simply for who and what they are.

It is equally important, of course, not to allow political correctness to develop to the point where it makes a mockery of diversity and inclusion.

In UK schools these days, I am told the term “blackboard” is frowned on (though for some reason, it is still alright to refer to a “whiteboard”). Some people have suggested the term “brainstorming” should be avoided for fear of offending those who are afflicted with conditions such as epilepsy.

We can perhaps live with the need to refer to a “spokesperson”, but when local councils debate the political correctness of manholes, I suggest we are in danger of losing the plot.

Which brings us to Japan. There are a variety of reasons why this country lags behind the West in embracing diversity, and there are those who say that the relative safety we enjoy is a direct result of that.

But how long can it last?

Japan is only slowly beginning to recognise the need to bring more women into positions of power. It is Neanderthal in its attitude to its LGBT population (which is significant and economically important), and it has until very recently refused to even contemplate the obvious need to open its doors to more foreign workers.

The need could not be greater here for “a safe, positive and nurturing environment” if the country is to avoid a bleak future.