Prime Minister Shinzo Abe has won international acclaim for his acknowledgement of Japan’s patriarchy problems. He has repeatedly promised to build a society where “women can shine”: a society that will reverse its creeping decline by extracting maximum output from its economically inactive housewives. In April, his promises will take legal shape in the form of a new regulation that requires large firms to set targets for hiring and promoting women.

Abe, a proponent of traditional Japanese values, is making an economic, rather than a feminist, argument. But it is a measure of his determination to kick-start the ailing economy that he is prepared to scrap the country’s basic societal model—that of traditional gender roles—in order to achieve it.

“Japan”, he told an international women’s conference in September 2015, “aims to create a society where it is commonplace for both men and women to share responsibility for work, household chores and child rearing”.

The new law, said Haruko Arimura, minister of state for gender equality, is intended to “reform the way people work regardless of gender”.

However, there is a concern that the law, which has no penalties for non-compliance, is not equal to the task of transforming the Japanese workplace into a family-friendly environment. The scale of the challenge would require nothing short of regime change.

In December, the government admitted it would fail to meet its own target for 30% of all leadership positions to be filled by women by 2020. The target was revised to 7% for the national government by 2020—currently 3.5%—and 15% for private firms, from the current 9.2%.

Japan ranks below Kazakhstan, Zimbabwe and Bangladesh in the Global Gender Gap Report 2015, compiled by the World Economic Forum. It comes 101st out of 145 countries in the index. According to the report, Japanese women typically earn 61% of the average male salary.

Discrimination against pregnant women is rife. In November, a government survey found that nearly half of all female temporary agency staff experienced harassment after becoming pregnant. The problem is thought to be under-reported because Japanese society stigmatises those who “cause trouble”. About 60% of mothers take the path of least resistance and simply abandon their careers.

Against this backdrop, the new Promotion of Women’s Career Activities Act looks somewhat toothless. According to Naota Suzuki, a lawyer at international law firm Ashurst, every private company in Japan employing more than 300 staff will, from 1 April, be obliged to identify workforce gender disparities and make public an action plan to rectify the problems, including voluntary targets, which may be as low as they wish.

The rules also apply to government bodies. Yet smaller businesses, which make up 99% of Japan’s total firms, are merely requested to “make efforts” to produce action plans.

On 25 January, the Yomiuri Shimbun wrote that firms bidding for government contracts will be awarded extra eligibility points if they meet their targets.

Suzuki believes the legislation may well have “a positive influence” that reaches beyond its narrow focus. “Large corporations and government bodies often create a trend in employment practice in Japan”, he said. 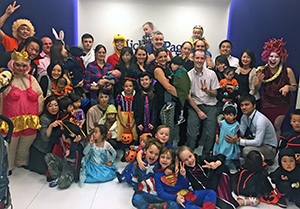 Some British firms working in Japan expressed reservations. “The fact that companies will not be obliged to meet targets suggests that this change is either not well thought out or not supported at the highest level of government”, according to Emily Le Roux, a director at the recruitment firm Michael Page in Tokyo.

“This is good PR for the Japanese government as it appears that Japan is taking steps to include targets for women in the workplace”, said Jacky Scanlan-Dyas, a partner in the Tokyo office of international law firm Hogan Lovells. “However, the details of the legislation indicate that this is not really the case”. She recommends the publication of names of non-compliant firms.

Others, however, have welcomed the new law. “The announcement, however minimal in scope, will put pressure on the business community to commit to diversity initiatives”, said George Johnson, managing director of executive search firm Harvey Nash Japan. “We anticipate this will result in the creation of groups such as the 30% Club”, a British business pressure group that encourages FTSE-100 companies to increase the ratio of their female board directors to 30%.

Female leadership is becoming the norm among British firms in Japan.

GlaxoSmithKline’s Japanese operations are led by a board of directors that is 50% female, and nearly a third of the pharmaceutical giant’s corporate officers in Japan are women.

At Harvey Nash, more than half of the senior leadership team in the Asia–Pacific region are women, thanks to a proactive mentoring system. The Breaking Barriers mentoring programme at Hogan Lovells won the firm a British Chamber of Commerce in Japan 2015 British Business Award for community contribution.

Most observers agree that expanding and enabling more flexible access to childcare is the best thing the government could do to support working mothers, followed by the enforcement of equal pay legislation. Johnson also suggests tax breaks for women returning from maternity leave, more female role models in the Diet and diversity education in schools.

Some foreign firms also make a point of including their employees’ families in social events. At Michael Page, families are included in hanami (cherry blossom viewing) and Halloween celebrations.

How much note Japanese firms take of foreign business practices is debatable. According to Rina Bovrisse, a Japanese campaigner for female employment rights, many women treat Abe’s Womenomics agenda with scepticism. “It’s a strategy created by foreign women who work in a completely different environment”, she said. “Japanese women are not convinced by Womenomics and no one is talking about it”.

Bovrisse, who lost a legal action against Prada in 2012 after a court in Tokyo upheld the firm’s right to discriminate against employees on the grounds of appearance, said that the new law would make no difference.

“Japanese women don’t want to be promoted because as a leader they become a minority: the only female in the group”, she said. Standing out as an individual is an unattractive prospect in a country that values conformity.

Japanese women are trained to be silent, said Bovrisse, and as a result, they are ruthlessly exploited. She describes the process of applying for jobs in Tokyo after working in New York.

“First, they checked my age—not my experience or skills—because age is the top priority for [employers of] Japanese women. Then, based on the age, they checked their spreadsheet for pay levels. My American salary shocked every recruiter in Tokyo. Most of the recruiters advised me to lie and halve my previous salary so they could find me a job”. 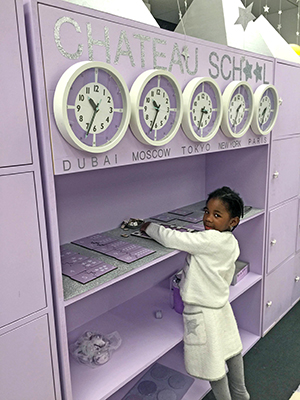 This was not advice they would have given to a foreign woman, she said: “Japanese women have half the value of Western women when it comes to compensation for exactly the same job”.

Bovrisse now runs Chateau School, a pre-school that caters for working mothers. After the publicity surrounding the Prada case, Bovrisse said many of her contacts in the fashion industry were shocked at her return to work. “One editor said she assumed I had committed suicide”.

If the expected price for speaking out about workplace rights is suicide, this puts the challenge of reforming the Japanese workplace into perspective. After all, Japan has had equal employment legislation since 1985, and the target of 30% of women in leadership was introduced in 2003. The proportion of women MPs in the Diet—9.5% today—has barely changed since the 1946 election, when the figure was 8.4%.

Japanese paternity leave laws are already the most generous in the Organisation for Economic Co-operation and Development, at up to one year. Yet only 2.3% of new fathers took any leave last year, and the announcement in December by Liberal Democratic Party MP Kensuke Miyazaki that he intends to take a month at home with his wife and newborn baby met with disapproval from his party’s old guard, who implied he was letting his colleagues down.

If past legislation remains unenforced and existing rights remain unclaimed, it is hard to see how any new law can succeed without rigorous enforcement. Abe may be feminism’s best shot, but he is trying to achieve regime change with a nudge, when it may require a shove.

What the new law means

The Promotion of Women’s Career Activities Act was passed in the Diet on 28 August, 2015, and will expire on 31 March, 2026. Under the terms, by 1 April 2016, governmental bodies and large private companies with more than 300 staff shall:

They must also compile gender-specific data relating to staff, for example:

The action plan must then outline ways to improve any discrepancies, and set targets as well as the period of the plan.

A certificate of excellence may be awarded by the Labour Bureau to companies if they meet “certain standards”, as yet unspecified. They may also be given preferential access to government procurement contracts.