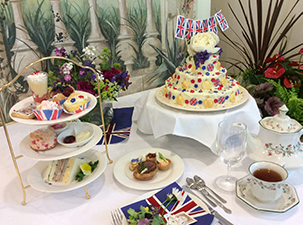 Known as the Pudding Queen, Hannah Miles is the author of more than 25 baking books and was a finalist on the television competition MasterChef. In April, the lawyer-turned-baker will be visiting from the UK to host afternoon tea at the Barakura English Gardens in Nagano. Join her in welcoming spring in Japan’s first English garden.