Continuing the theme of change, at the Annual General Meeting (AGM) on 26 April, the results of the BCCJ’s Executive Committee (Excom) election were revealed.

The in-person event was held at the elegant Palazzo Ducale Azabu, Roppongi, where guests enjoyed dinner and an open bar.

British Ambassador Julia Longbottom CMG opened the event with a speech touching on the past year of UK–Japan relations and acknowledged the endless work of the team members of the BCCJ—shining light on David Bickle OBE and Lori Henderson MBE, who have stepped down in their respective roles as president and executive director of the BCCJ. 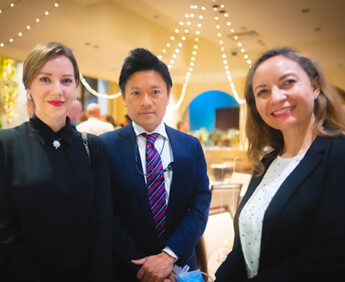 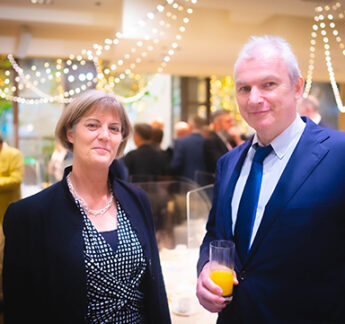 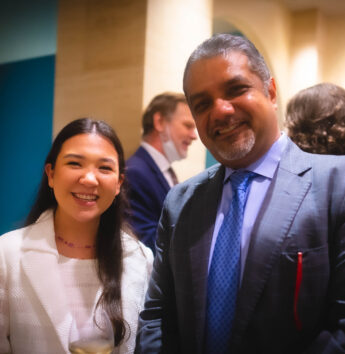 Laying out the facts

Bickle approached the stage to deliver his Annual Report, in which the operations of the BCCJ over the last year were revealed.

After 52 events attended by 2,683 participants, it was shown that the number of newly registered individual members in 2022 increased by 22. While this is not as high as pre-pandemic, the increase shows a steady road back to normality—or rather a steady adjustment to the “new normal”.

The BCCJ’s social media channels also did increasingly well, with 20,800 total YouTube views, and a whopping 213,200 impressions. As for Instagram, the BCCJ revealed they are putting more focus on people, members and storytelling. They saw a 44 percent increase in followers, and a 113 percent increase in traffic to the page.

The BCCJ then revealed that because of a more minimal and user-friendly email campaign design, the average open rate for email campaigns was 37.7 percent, up from 31.4 percent the previous year.

After the Annual Report, it was time to announce the new Excom members for the 2022–23 term. The two leadership roles—president and executive director—were highly anticipated.

Sarah Backley was appointed the role of executive director on 1 April 2022 after two years as associate director. Taking over from Henderson, Backley spoke on her hopes: “I will strive to expand the BCCJ into new and exciting territory, supported by our fantastic and tireless team of Sam Maddicott, Sanae Samata and our hardworking interns. I’m very much looking forward to working alongside the BCCJ’s Executive Committee to deliver value for our members in 2022 and beyond.

“It’s been a thrilling journey to be part of the team that has taken Chamber events into the digital realm—all of us are optimistic though about the return to in-person events in the coming months, and I am excited to meet members and see them benefit from the connectivity and networking opportunities that the BCCJ offers across all its event and communications platforms”.

“It’s a great honour to be elected as president of the BCCJ. As the pandemic abates, issues around decarbonisation and digitalisation still pose huge challenges, but in turn great opportunities for British and Japanese companies to create stronger ties and collaborate to find solutions. It is my firm intention that the Chamber be instrumental in providing a forum for greater cooperation between our two nations”. 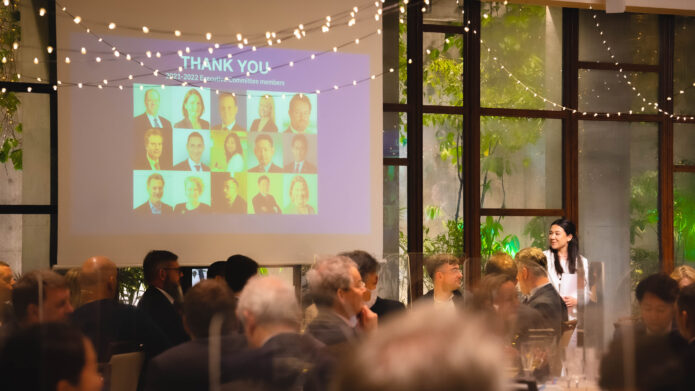 At the AGM, Backley explained the election process for the new Excom members for 2022–23.

“As you know, from 4 March, we rolled out an online election, asking all nominated representatives of BCCJ member companies to vote for the candidates they believed should be elected to serve on the Excom this coming year. Under our Constitution, Excom is run by a minimum of 12 and a maximum of 15 individuals. During our election there have been 17 qualified and approved candidates competing for 15 Excom seats, and by the voting deadline of 18 April, over 30 percent of BCCJ members had voted for their preferred candidates”.