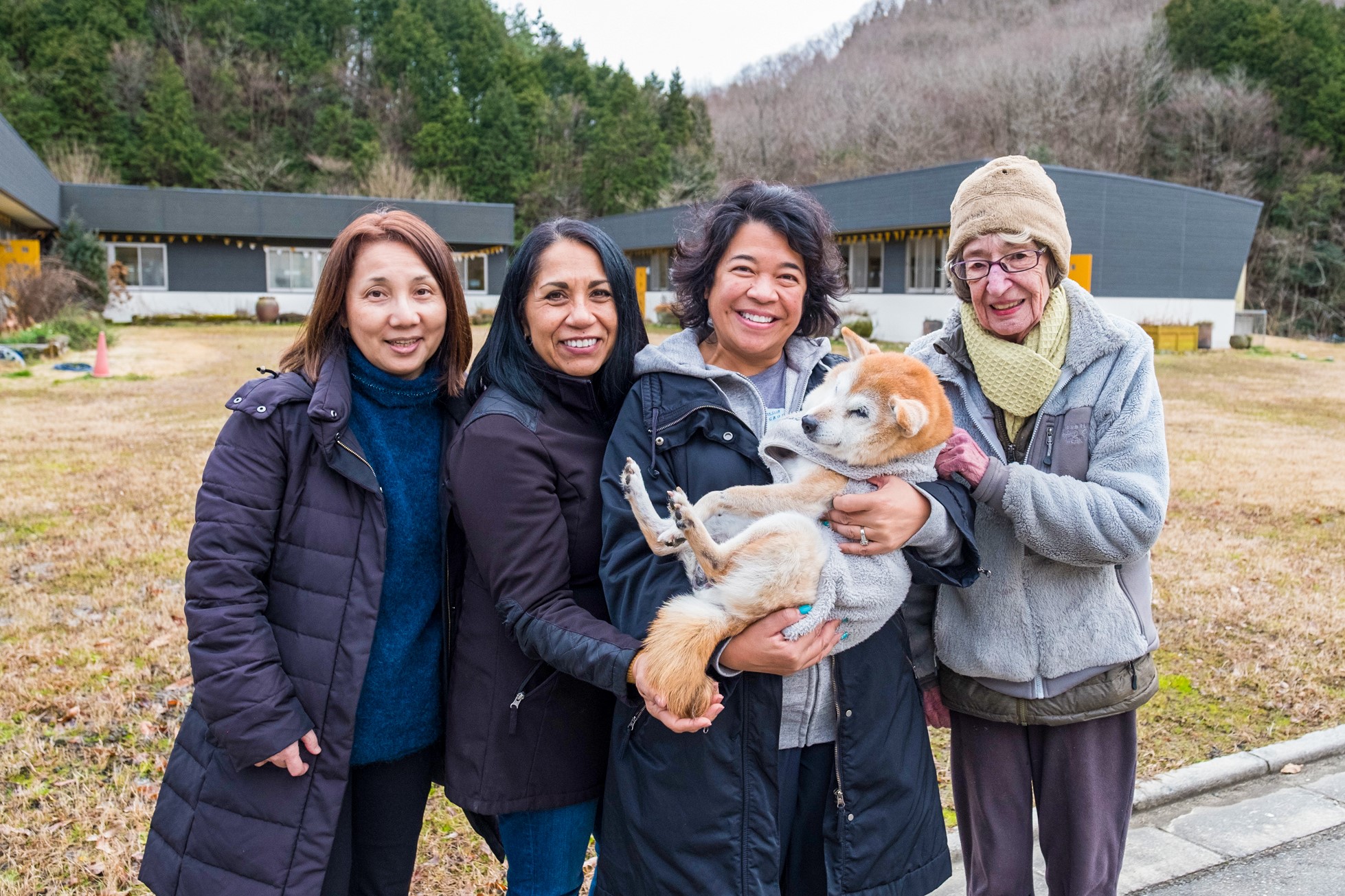 Oliver (right) with volunteers in May

Just over 32 years have passed since I founded Animal Refuge Kansai (ARK) in 1990. That year marked what I described as a watershed moment in my life. Excerpts taken from my annual Christmas letter of that year include the following memories.

“This year marks a watershed in my life. I shall be 50 before Christmas and I have finally, after years of waffling, decided what direction my life hereafter will take. Unlike the decision of someone to write a novel or climb a mountain, there is no concrete goal, no peak in animal welfare. It’s a solid slog all the way and one never reaches the end. Probably (though I haven’t really experienced it yet) only physical deterioration forces one to stop in the end.

“Others have tried before in Japan, and failed. They say the burn-out limit is three years. It is understandable that the turnover of volunteers is so high when faced with:

“How can one foreigner stand up and fight against all these problems? I haven’t the answer yet but my gut instinct is to follow the rules unto a point and then pinch where it hurts—namely the Japanese obsession with wanting to be thought of as international and the shame of having their cupboard skeletons made public. Japan is a country dominated by mass media. If we could get this on our side we could probably succeed, which is why I am concentrating on the PR and education side as much as on the ever-needed but endless rescue and care of abandoned animals.

“However, there has been another side to my life this year. Osaka—quite a polluted city—hosted a six month Garden and Greenery Exposition, costing billions of yen. My role was to keep in pristine condition the British Garden—despite summer temperatures exceeding all previous records where the pond, a symbol of Britain’s classical garden landscape, received all the floating debris from surrounding areas and needed to be cleaned out daily.

“It’s not every day that one gets to shake hands with living gods; the Emperor and his Empress. My curtsey is clearly rusty from years of disuse but I don’t think I let Britain down. Court Japanese is really a mouthful, like learning a new language. No wonder ordinary Japanese can barely understand it. I was somewhat relieved when the Empress spoke perfect British English. ‘Ah, primroses. How pretty’, she remarked as I showed her around.

“My own garden back home benefitted greatly from Expo throw-aways. Every week I scavenged plants from the flower graveyard outside the site, where bulldozers were disharmoniously pushing them all into decaying heaps.

“I was overstretched to put it mildly, not only with teaching and the Expo, but also with the growing menagerie of rescued pets at ARK. A pony, goats, geese and chickens, plus around 40 dogs and 20 cats. I had foreign volunteers to help and also a local housewife. Arriving home after dark one day, I found the following message from my home help; “Goat(s) jumped over fence, chew on vegetable, farmer RED Angry”.

“I spent a sleepless night totting up possible compensation demands—he is a commercial grower. I rushed over at daybreak to view the damage. The main point is to get one’s apology in early. Luckily the vegetables were still intact, not razed to the ground as I had feared. Nevertheless, I went grovelling to his house with a box of chocolates to restore our neighbourly relations. The goats meanwhile were banished to the barn until the fence can be made goat-proof. Phew, a close call. Life is never dull, at least!