Following the rediscovery of the grave of William Adams, the English Samurai, in 2017, Dr Richard Irving was inspired to document a “True and Complete Account” of the life of the first Englishman in Japan.

Although several books have already been written about Adams, Dr Irving has long held the view that they have each perpetuated errors of fact and historical interpretation so that Adams’ story risks becoming more myth than reality. 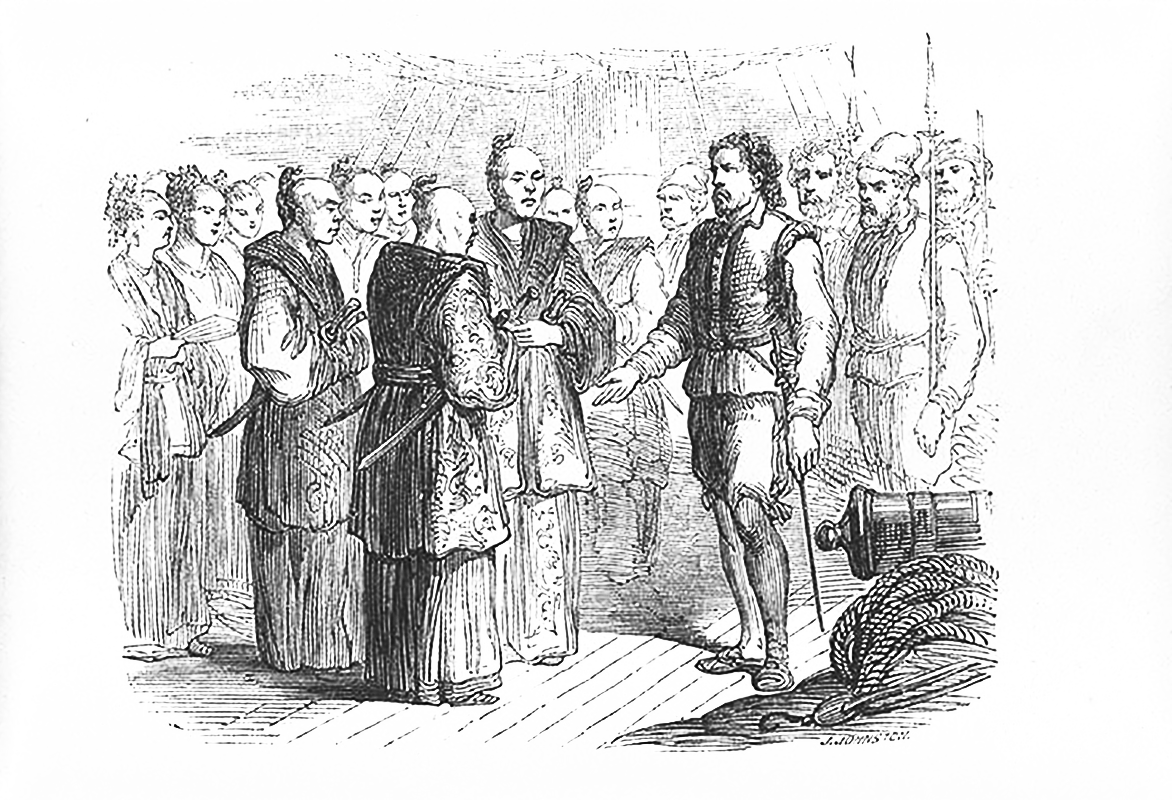 For example, his extensive research into Spanish, Dutch and Japanese archives—as well as the usual English sources—has revealed that Adams was apprenticed to a mariner rather than a shipwright, as previously supposed. During the armada campaign in 1588 Adams commanded more than just a simple supply ship, having engaged in all the fighting as the English chased the Spanish fleet. The original charts Adams used to find Japan can be used to plot his exact course and mistakes on the maps and explain many of the difficulties he faced.

After arrival in Japan his marriage to Oyuki clearly occurred much earlier than other accounts suggest—probably in 1602, many years before he was made a samurai. His ship-building activity can now be clearly placed in the context of a string of major natural disasters and the disruptions they caused to the building of Edo city and the castle there. The house Adams was rewarded with in Nihonbashi was also part of this major redevelopment project.

Contemporary Spanish and Dutch records reveal why Adams became such a trusted advisor to Tokugawa Ieyasu and, probably just before the Japanese New Year in 1610, why the ex-Shogun awarded him the status of hatamoto (high ranking samurai). Dr Irving has also studied the size and layout of Adams’ estate at Hemi, based on early topographic maps and Edo-period cadastral surveys. 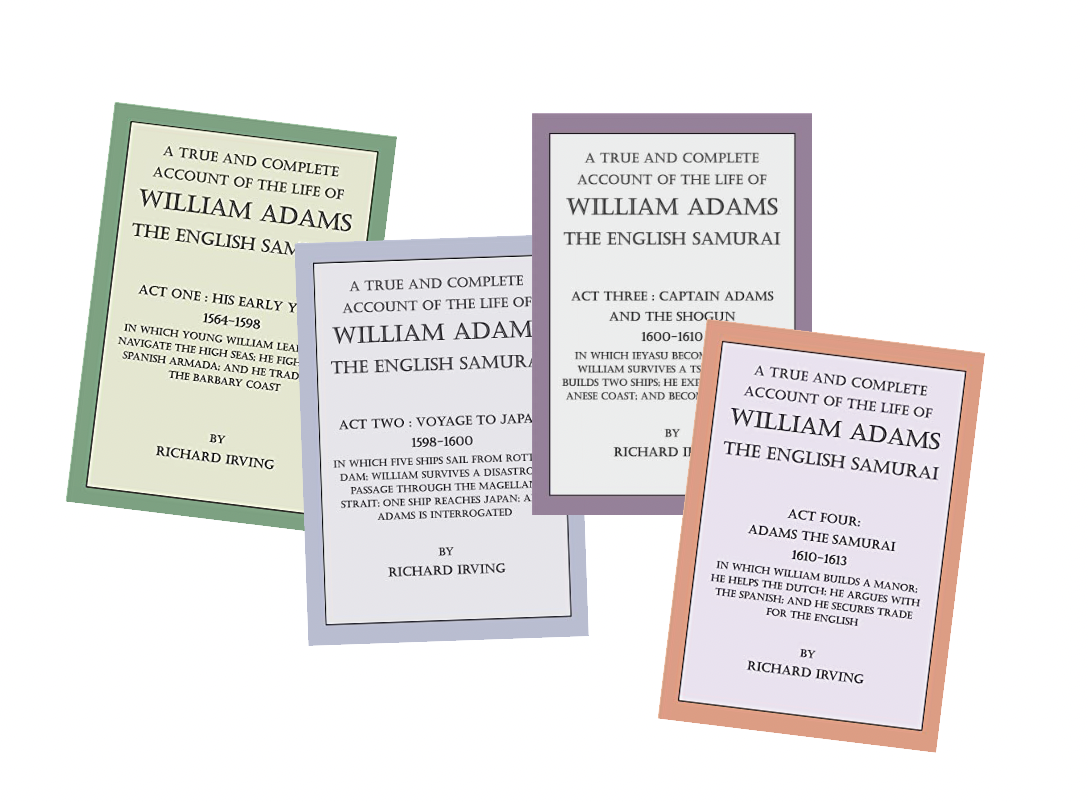 Dr Irving began publishing his account of Adams in 2021 as a series of five books, or “Acts” as he calls them, produced in both digital and paperback form by Amazon. The first four are already available covering: Adams’ Early Years (1564–1598); the Voyage to Japan (1598–1600); Captain Adams and the Shogun (1600–1610); and Adams the Samurai (1610–1613). Act Five, The Final Years (1613–1620), will be available later this year. Asked why he has called each book an Act, Dr Irving notes that Adams was born in the same year as William Shakespeare and that each book-cover is presented as if it were the billboard for a play.

Asked about his favourite anecdote regarding Adams’ life, Richard recounts an episode that occurred in 1599 off the coast of Chile. Two ships, the Hoop and the Liefde (with Adams aboard as pilot) had just met up at the Isle of St Maria.

Just a few days before, both crews, in separate incidents, had witnessed the massacre of shore parties by local inhabitants, killing a total of about 50 men, including Adams’ brother. The captains of both ships were among the dead, one of whom was also general of the Dutch expedition. Just as the Liefde arrived in the bay a Spanish party was disembarking the Hoop after enquiring what the Dutch ship was doing in Spanish territory. The surviving crews were desperate to avoid showing any sign of weakness (fearing capture), so they dressed up a young servant—or cabin-boy—in the general’s clothes and did their best to convince the Spanish officials that all was in order on their “peaceful” trading mission.

It was a pantomime performance, with Adams playing a role, but the Spanish were unconvinced. The next day, two officials who returned to the ship were kidnapped by the Dutch and not released until both ships had been fully revictualled by the Spanish. Had they not been, Adams would never have made it to Japan. This story is recounted in full, in Act Two.