British writer, journalist and martial artist Gavin Blair’s new book is a fascinating and comprehensive account of the history and cultural significance of the samurai—the famed warrior class who shaped Japan’s destiny over the course of seven centuries.

The book is divided into chapters that each detail a specific aspect of samurai history and culture, and features many colourful illustrations, including reproductions of traditional ukiyo-e woodblock prints and early photographic images of samurai and other martial artists. The author helpfully clarifies tricky points, such as the fact that many samurai were known by multiple names. 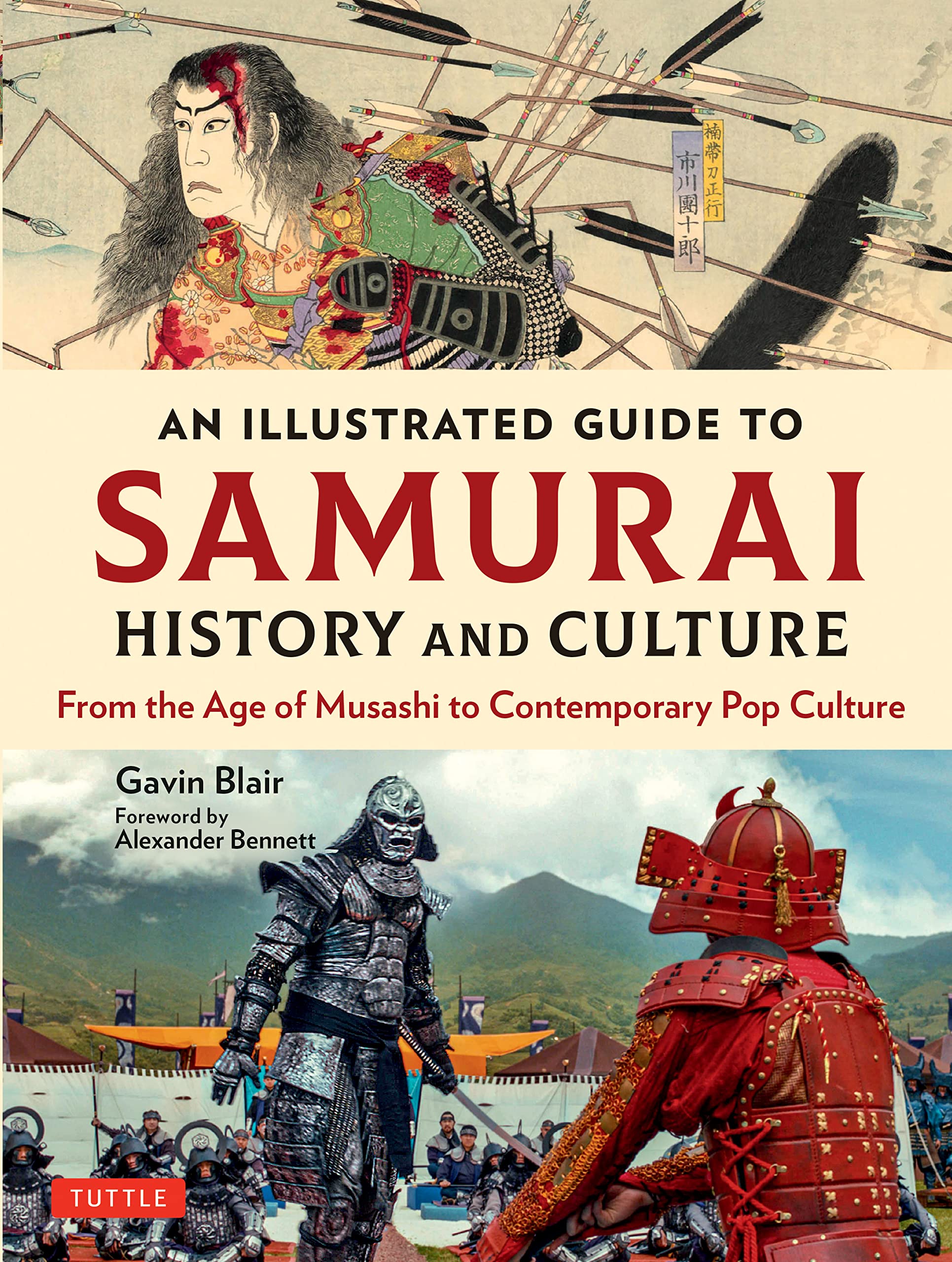 We have one copy of the book to give away to ACUMEN readers. Winner will be picked at random. To win, please email by June 15: publisher@custom-media.com

The first few chapters of the book detail the history of the samurai, starting with their origins as warriors-for-hire working for the Imperial government in the eighth and ninth centuries AD, battling the Emishi people of northeastern Honshu, and continuing with their rise to military and political prominence during the protracted feuding between the Taira and Minamoto clans.

The narrative continues with the successful repulsion by the Taira and Minamoto of two attempted Mongol invasions of Japan in the late 13th century; the chaos of the Warring States period, when rival daimyo (feudal lords) with armies of samurai retainers jockeyed for position through incessant conflict; the heyday of the samurai during the Edo period of 1603–1867, during which Japan was ruled by a succession of shogun (supreme military leaders) of the pre-eminent Tokugawa clan; and the eventual demise of the samurai, brought about by the Meiji Restoration of 1868. During the 16th century, the three unifiers of Japan (Oda Nobunaga, Toyotomi Hideyoshi and Tokugawa Ieyasu) played a seminal role in determining the future course of the nation, and this likely represented the zenith of achievement for the samurai tradition.

There is a fascinating description of samurai weaponry, armour and castles, which emphasizes that the samurai’s arsenal was highly varied. The clever layout of kanji name, romaji reading and English name for weapons and items of armour is a boon to the curious student of Japanese martial arts vocabulary.

A separate chapter details the lives of famous samurai, such as the 14th-century military strategic genius Kusunoki Masashige and the legendary 16th-century swordsman Miyamoto Musashi (often held up as the embodiment of the samurai ideal), who defeated all-comers in martial combat before becoming a cave-dwelling ascetic and writing his renowned Go Rin no Sho (Book of Five Rings)—now a classic tome on business strategy.

The chapter “Myth and Reality” explodes some of the common misconceptions about the samurai, such as the notion that they all adhered to a single unified code of honour called bushido (the way of the warrior) that rigidly prescribed their conduct and actions. Also described is the prevalence of homosexual relationships between older samurai teachers and their young apprentices—seemingly an established part of the samurai tradition.

The chapter “Female Samurai” reveals that a significant proportion of samurai warriors fighting during the Warring States period were in fact women.

The book also pulls no punches on the grittier aspects of samurai life, such as ritual suicide known as seppuku or hara-kiri.

The 1950s and 1960s were the golden age of Japanese cinema, with Akira Kurosawa directing timeless samurai-themed classics such as Seven Samurai, Rashomon, Yojimbo (The Bodyguard) Kagemusha (The Shadow Warrior) and Ran—which are widely acknowledged as among the finest films ever produced. The first three of these starred Toshiro Mifune, whose gruff and gritty portrayals of samurai characters would come to define the genre.

The author knows his subject when it comes to the influence of samurai fighting methods on modern-day martial arts, correctly identifying arts such as the Tenshin Shoden Katori Shinto-ryu, Daito-ryu Aiki-jujutsu and Wado-ryu karate-do as disciplines that carry on the legacy and techniques of the samurai.

It is revealed that modern-day descendants of the samurai have carved out niches for themselves in Japanese politics and print news media, where their noticeable deference to governmental authority is perhaps a vestige of the samurai ideal of unquestioning loyalty to one’s master.

Overall, the book presents a fascinating account of the historical role of the samurai in the military, political and social development of Japan; of their unique status in Japanese cinema, TV and other media; and of the enduring effects of their legacy on contemporary Japanese life.