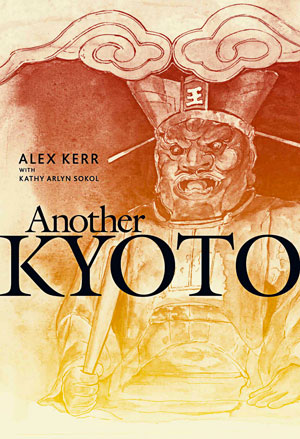 Kyoto served as Japan’s capital and the location of the imperial residence between 794 and 1868. It is now the country’s seventh-largest city, with a population of 1.4mn people and some strikingly modern architecture.

Over the centuries, Kyoto was destroyed by many wars and fires, but due to its historic value, the city was dropped from the list of target cities for the atomic bomb and spared from air raids during World War II. The fact that countless temples, shrines and other historically priceless structures survive in the city make it a magnet for millions of tourists who visit there every year.

The ancient capital attracts foreign and domestic visitors alike and supports a thriving industry. Contributing to that are the many hundreds of publications about the city and its history: bookshelves are lined with them. And now here comes another volume. But this time it is something quite different.

Alex Kerr is an unconventional observer of things Japanese and in his writings he invites us to share his views. In this particular case, a rather unusual approach was taken that was inspired by fellow writer and longtime Kyoto resident Kathy Arlyn Sokol, with whom Kerr regularly visited temples.

“We decided to create a book that wouldn’t be written but, rather, spoken. We sat down with a recorder and, over the years, I would talk and Kathy would record and transcribe. She sent edited transcripts to me and I used these as a base for an expanded text, which Kathy edited again. Back and forth it went, until finally we completed these nine essays”, Kerr writes in the introduction.

The tone of those essays is closer to a conversation than a regular text and the subjects are wide-ranging, from gates and walls to floors and tatami mats, from fusuma (sliding panels) to screens.

All of Kerr’s writing is informed by his half-century of living in Japan and it has benefitted, too, from talking with Zen monks and Shinto priests, Japanese literati and expat personalities. The promotional blurb for the book claims—rightly—that “Kerr turns what we thought we knew about Kyoto inside out, revealing the inner ideas behind simple things like walls, floors and sliding doors. After this book, one can never walk through a Zen gate in the same way again”.

Interestingly, the book is published simultaneously in Japanese, so it is not simply something for the foreign visitor or resident, but also for any curious Japanese who wants to develop a deeper understanding of Japan’s ancient capital.