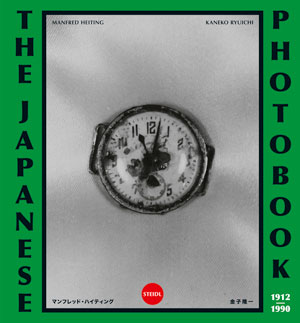 The very large format of this book, together with its 500-plus pages, makes this a seriously heavy volume. It’s a most handsome publication and would make a welcome addition to anyone’s library.

As the preface explains, photography came late to Japan, which is not surprising. “The country had been closed to the West for centuries. In March of 1854 Commodore Matthew C Perry of the United States Navy opened Japanese ports and initiated the first economic and cultural exchanges. Until then, the artificial island of Dejima in Nagasaki Bay was the only trading post between Japan and the outside world”.

It’s been suggested that the first images of Japan’s people, landscape and culture were taken as early as 1861 by photographers on two Prussian ships that were visiting Edo (the former name of Tokyo) to negotiate a trade treaty. But this book shows there is evidence of earlier photographic activity.

The pioneering photographer Ichiki Shiro produced a portrait using daguerreotype, the first publicly available photographic process, as early as 1857. But progress was slow. “Between 1862 and the 1880s, photographic studios were opened in Yokohama, Nagasaki, Osaka and Tokyo. They produced album after album (often hand-coloured) of the Meiji Emperor, samurai, geishas, domestic interiors and religious monuments”.

There are plenty of examples in this handsomely illustrated book and they make for a fascinating study of the period. But even more intriguing are the later 20th century photographs, which capture a sharp sense of the era.

The book also contains a number of essays that support the photography, and the text is partially bilingual. Altogether a most satisfying publication that deserves to be enjoyed.