Award-winning director and screenwriter Kenjo McCurtain is among a handful of creators who are bridging the filmmaking divide between the UK and Japan.

Born in England to an Irish father and a Japanese mother, the creator has carved out a niche in Japan’s independent filmmaking sector and has met with critical acclaim.

McCurtain’s latest project, Make-Believers, is an award-winning full-length musical, that follows an unmarried manga artist who hires a rental actress to pose as his fiancé to impress his father.

“I started writing it about five years ago. It’s inspired by a thought experiment I had about my dad, an albeit, hypothetical one, as well as the growing phenomenon of rent-a-friend services in Japan”.

As with most of his films thus far, Make-Believers is inspired by contemporary Japanese society. Loneliness, deception, family, searching, and transactional relationships are recurring themes. “The ‘make-believe’ in the title refers to the characters not facing reality and themselves”. Initially written as a family drama, the partly self-funded film morphed into a musical because “I wanted to make this my feature film debut; and I only had one shot at this. I wanted to make it something special”. 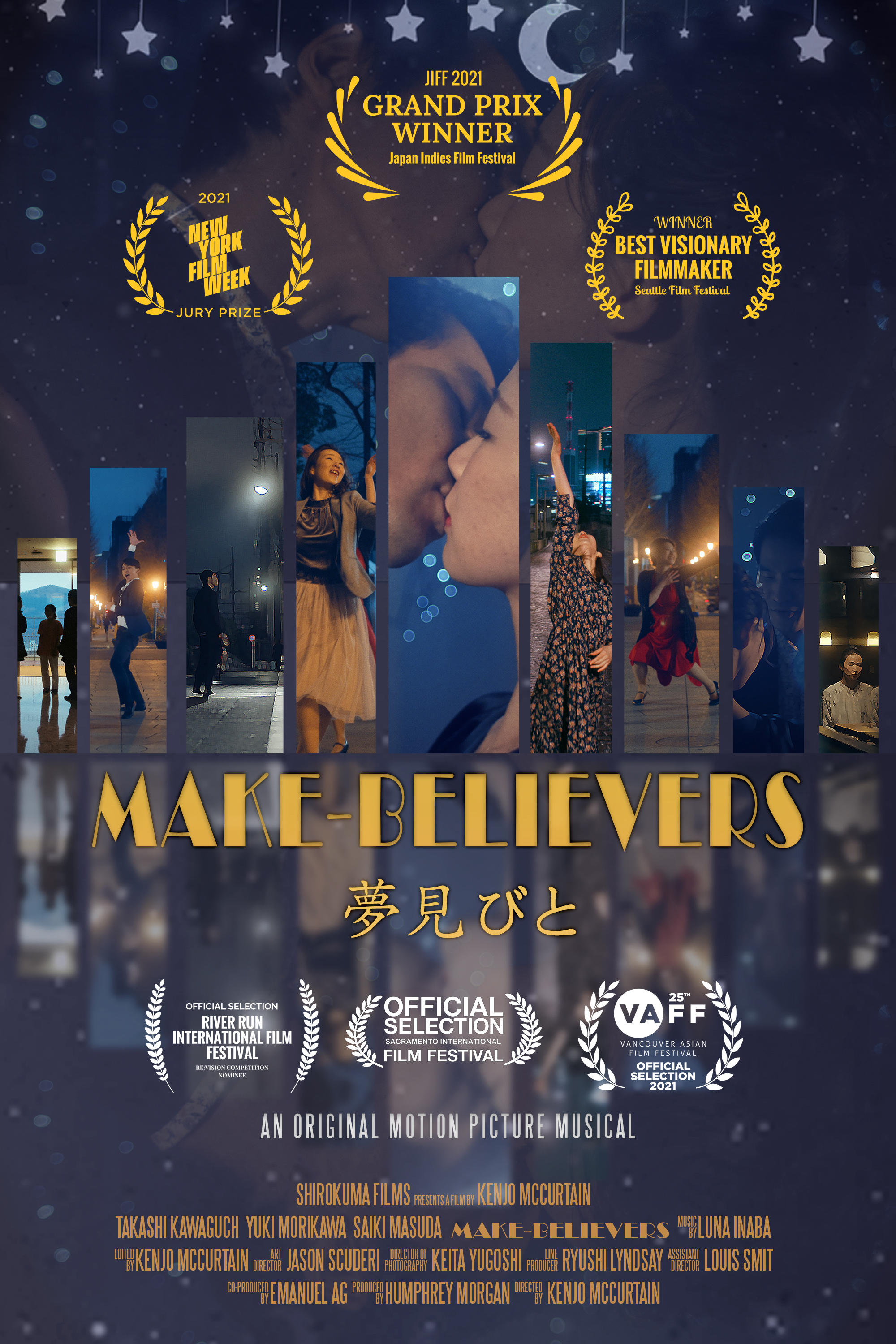 Make-Believers, which was released amid the coronavirus pandemic in 2021, comes hot on the heels of a series of acclaimed short films that McCurtain wrote and directed since relocating to Japan in 2010. But as his first feature film, the musical stands out in a career that is just getting off the ground, and yet is already turning heads.

“With a musical, you can do a lot more flamboyant things with the camera, the colour and the choreography. It’s food and drink for me, in the aesthetic sense”.

McCurtain was raised in Bournemouth, on the south coast of England, but he also has roots in Japan. He began visiting here when he was a child, coming over to see his mother’s side of the family, which hails from Utsunomiya City in Tochigi Prefecture. Those visits were transformational.

“As a kid who didn’t live there, Japan was amazing. It was like a wonderland, a culture where everything is different and your worldview is turned upside down. It was a very special experience”.

So it comes as no surprise that McCurtain’s films are in large part inspired by his desire to investigate—and try to understand—the intricacies of Japanese society.

“From a societal sense, Japan is kind of close to a utopia in terms of pure numbers: there is a super high literacy rate; it is incredibly safe here; and it is generally convenient in terms of lifestyle”.

And yet, challenges exist. “Mental health is not properly looked at; there is gender inequality and sexual harassment in the workplace; and, there is an actual word for death from overwork—karoshi”.

The upshot is that there is widespread repression in society here: “There are lots of people who have inner conflicts, or who are in conflict with society and are almost powerless to find an outlet for it”. For a creator, these societal dynamics make for compelling drama.

McCurtain is hopeful about the future of indie films in Japan and about his own projects. His next, a Cronenberg-esque psych-horror about a lonely housewife who joins a cult, is currently in its funding stages.

“I really love creating stuff. I like writing and I like movies. And while the whole process can be a chore, it’s a delightful one, and I wouldn’t change that for the world”.