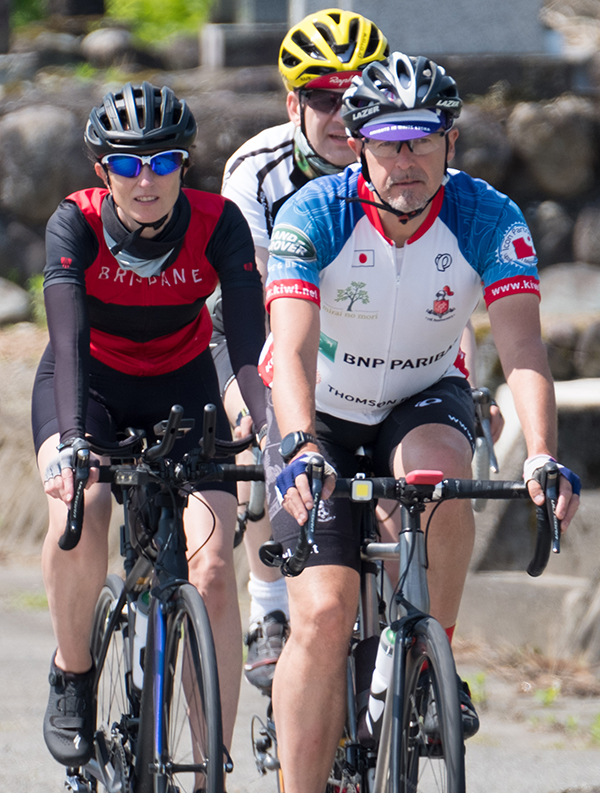 On 13 June, Lycra-clad men and women from many walks of life gathered to embark on the 2019 Knights in White Lycra (KIWL) four-day charity bike ride. Now in its seventh year, KIWL was formed in 2013 as a fundraising effort for victims of the Great East Japan Earthquake and Tsunami of 11 March, 2011.

Since then, the group has grown enormously, evolving from 10 Brits cycling 320km to the 42 men and women, representing 14 countries, who rode 500km this year. I had the honour of being not only the first Malaysian to ride, but also the first woman to represent Custom Media, a long-time corporate sponsor of KIWL and publisher of ACUMEN.

The 2019 ride marked many firsts. It was the first time KIWL has supported the non-profit organi­sa­tion YouMeWe, a charity that helps children learn essential career skills, such as creative problem-solving through coding and design challenges. This gives them employable skills and new levels of confidence in the digital age.

It was also the first time the event began from Takasaki, Gunma Prefecture, with riders assembling bright and early to begin this gruelling physical challenge. The weather was kind to us, with clear skies and sunshine as we began the 112km ride to Yuzawa, Niigata Prefecture.

The first day was no easy feat, with a solid 20km climb covering more than 1,753m of elevation. Be warned: If you have ever considered joining the KIWL, sufficient training is essential—even for the triathletes among us. After a long day of climbing, the descent into the green valleys of Yuzawa was a welcome gift.

The second day was described as a “rest day” by route master Egon Boettcher of SMBC Nikko Securities Inc., as the route promised largely flat stretches of riding along the picturesque country­side. However, when faced with cycling 146km to the day’s end point in Niigata City, the idea of rest quickly became laughable. The ride was largely uneventful, bar one crash by me—when I realised that helmets are indeed very sturdy and absolutely necessary—and all riders arrived at the ANA Crowne Plaza in Niigata where a seafood dinner, organised by a Niigata local, awaited. 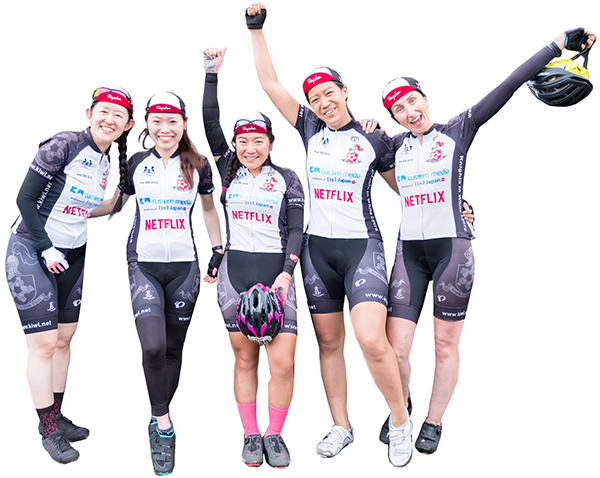 On the third day we woke to grey, rainy skies, and the weather only worsened as the day went on. A few hours in, the ride had to be brought to an emergency halt due to dangerous 50kph winds. This brought another first: three riders were thrown from their bikes—one being blown into the path of an oncoming truck—and another suffered bruised ribs. With great disappointment, the Knights were forced to disembark their bikes and board trains to Aizu-Wakamatsu, Fukushima Prefecture. However, many gamely got off at later stations where weather conditions were more favourable, and were able to get in a respectable 80km of the original 150km route to the beautiful Hataraki Ryokan.

Though we were damp, and slightly worse for the wear, many riders felt better after a refreshing dip in the inn’s hot springs, a tradi­tional kaiseki (course) dinner and a spot of karaoke. I had the pleasure of sharing an amateur rendi­tion of “Up Where We Belong” from 1982’s An Officer and a Gentleman with the master­mind behind this whole endeavour: Rob Williams of AP Advisers Ltd. If you were wonder­ing if there are any limitations to his many talents, prepare to be disappointed. Rob has a lovely voice and could give Joe Cocker a run for his money any day. 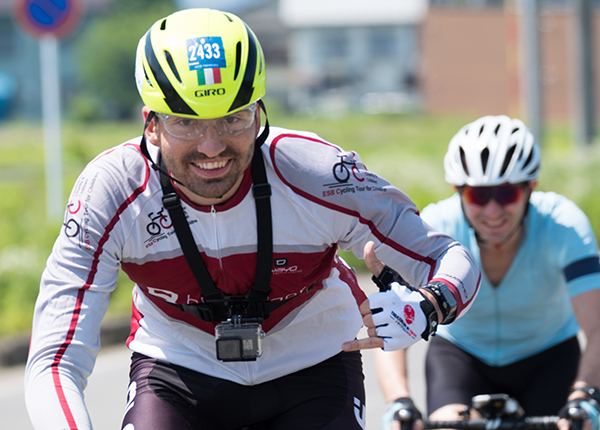 Although we were again greeted by rain on the morning of the fourth day, there was little that could dampen KIWL’s spirits on this final leg. After 92km of thrilling descents down wet mountain slopes, all 42 riders gathered at a gym in Fukushima to prepare for the final—and arguably most important—part of the whole experience: our entrance into the Fukushima Aiikuen children’s home. 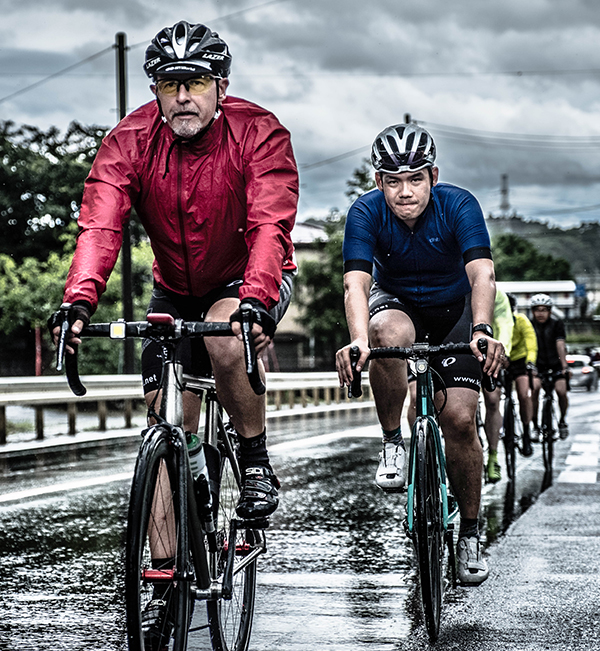 Riding in as a convoy, bike lights flashing, we were greeted by a parade of children waving handmade flags representing all our nations. Many riders had tears in their eyes, but you could not blame them. It was difficult to feel anything but overwhelmed by emotion when seeing the children’s smiling faces as they curiously inspected our bikes and tried on our helmets.

We were treated to a wonderful welcome party, with the children using their digital skills to put together a thoughtful and informative presenta­tion about our home countries. We were also gifted with certificates and laser-cut thank you letters. 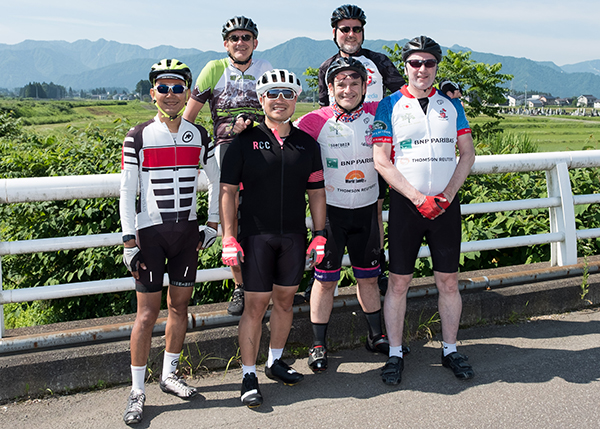 When I look back on this amazing experience, there are countless memories that I cherish, but none more so than receiving my letter. It is a manifestation of why we each undertook this endeavour. We did so not to push the limits of our cycling skills or to be thanked and recognised, but to have a positive impact on the lives of so many children. This year, KIWL raised ¥10.5 million for disadvantaged children, bringing the fundraising total since the group’s inception to ¥62.5 million.

As the muscle aches dissipate and the tan lines fade (coincidentally the first time I discovered my legs could be three different shades of brown), all I can say is that the physical challenge and spiri­tual fulfilment of the KIWL journey has to be experi­enced to be truly understood.