Since 1891, Crufts has drawn adorable pooches and serious dog lovers from around the world. Officially “The Largest Dog Show in the World,” the annual canine awards and exhibition is organised by the Kennel Club. This year, Japanese breeds were among more than 21,000 dogs that competed on 5–8 March at the National Exhibition Centre, Birmingham, with six winning coveted Best of Breed titles on the first day. 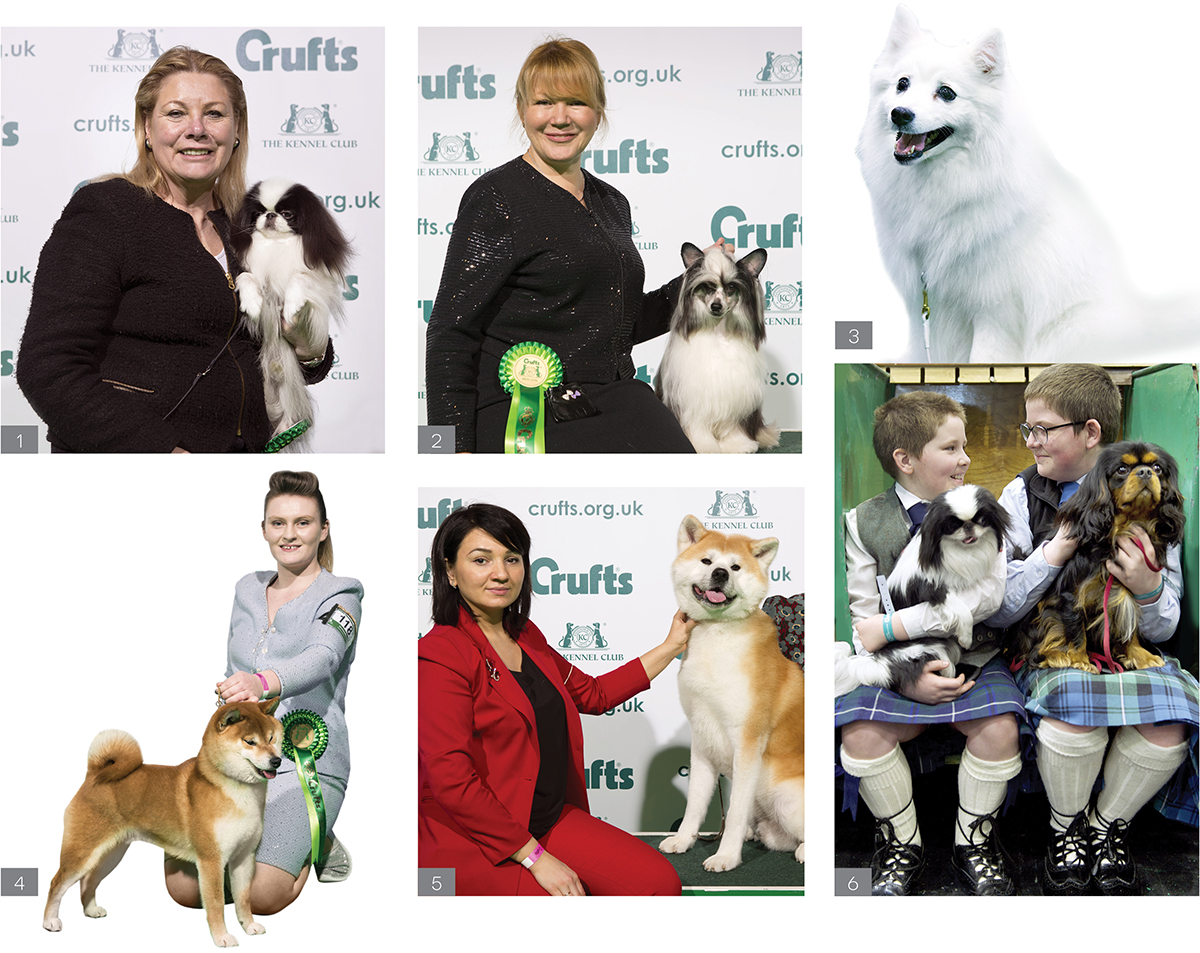 1&2
Known for their squint and link to Japanese nobility, these Chin lap dogs won, owned by Alex Pailidscon (left) and Alex Forth.

3
The playful companion-dog Spitz is a cousin of the Pomeranian.

4
Nicknamed Samurai by owner Michaella Dunhill-Paul, the Shiba Inu breed is said to be alert, charming and fearless.