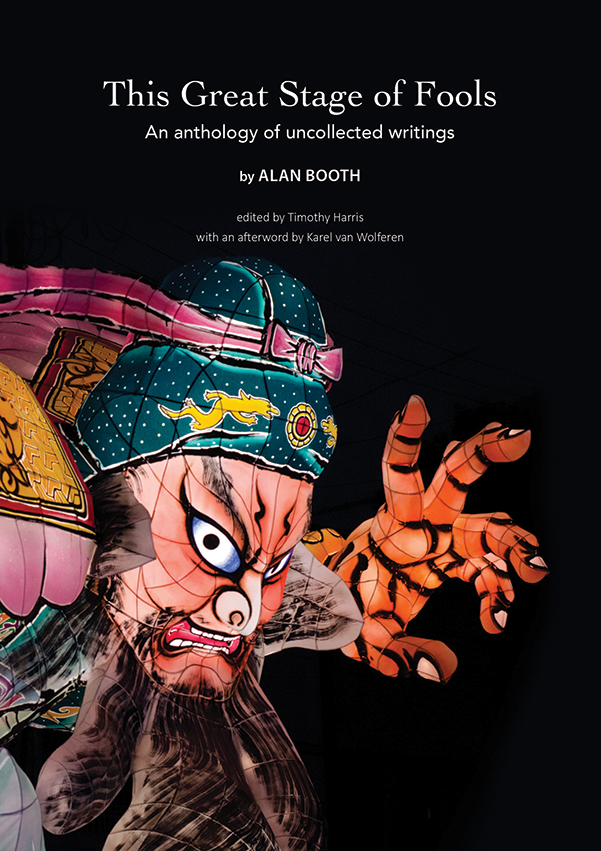 This Great Stage of Fools: An anthology of uncollected writings
By Alan Booth
Edited by Timothy Harris
With a foreward by Timothy Harris and
an afterword by Karel van Wolferen
Published by Bright Wave Media, Yokohama

This 300-page collection of miscellaneous reviews and essays by the late Alan Booth—author of The Roads to Sata (1985) and the post­humously published Looking for the Lost: Journeys Through a Vanishing Japan (1995)—contains some­thing for everyone. A man of very catholic interests—ranging from Shakespeare to modern Japanese cinema, Japanese folk songs and festivals to the perils of Calcutta—Booth writes in a style that moves from lyrical descriptions of nature in rural Japan to devastatingly witty observa­tions of bureau­­­crats, salaried men, proprie­tresses of out-of-the-way travellers’ inns and small town bars and, of course, expatriates such as himself.

It is impossible to do justice to his immense range of topics and tones in a short review, so I shall list a few personal highlights—leaving each reader to make a list of their own.

My own area of expertise in Japanese literature is the fiction of Jun’ichiro Tanizaki, so I was eager to read what Booth would say about Kon Ichikawa’s film version of Sasameyuki, also known as The Makioka Sisters (1983), a film I have seen countless times and greatly admire: “… a nostalgic recreation of the elegance of their world and a gently resigned elegy for its decline … one of the most grace­ful and best-crafted films I have seen in a long time … a wholly satisfying synthesis of all the skills which the art of the film­maker demands”. Lavish and sincere praise from Booth.

When he dislikes a film, however, he has great fun with it. Here he is on Haruki Kadokawa’s Sailor Suit and Machine Gun (1981), starring “the latest, and probably most successful, in a line of baby-faced idols designed to advertise stereos and to inflict restless nights on high school boys and the fathers of teenage daughters … Little Hiroko sits happily on playground swings, romps about her room in flimsy clothes, pouts and screeches in a child-like voice and … spends much of the time crawling about on all fours. In the other scenes, she is abducted, man-handled, slapped about, dipped in cement, and … tied to a cross in a room got up like a chapel …” He concludes that it is “the wrong sort of farce”.

Booth’s account of a journey on foot across Shikoku will strike a chord with fellow expatriates—even those who are not so maso­chistically adventurous as he was. “‘Are you at school?’ the husband asked. [Misled by Booth’s youthful blue jeans and denim shirt,] ‘No,’ I said, ‘thirty-eight years old and feeling fifty’”.

Though little boys in groups tend to taunt him from a safe distance, dancing about, giggling and shouting, “Hey you!”, he encounters one day a solitary “radiant little boy [who] came up and touched my hand and whispered, ‘Are you a foreigner?’ ‘Yes’, I sighed. ‘I’m afraid I am’. He went away ecstatic”.

His account of his final illness—colon cancer that metastasised—is both horrifying and funny. He divides his life, like world history, into BC and AD: Before Cancer and After Diagnosis. Or, alterna­tively, Before Calcutta and After Dumdum, that city’s airport.

Whatever your tastes or type of interest in Japan, don’t miss this remarkable collection, reader. 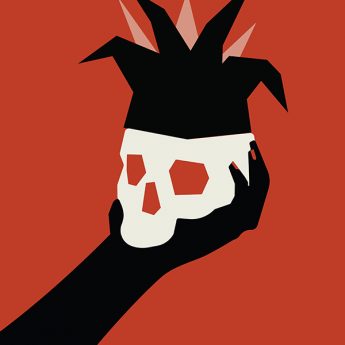 And some words from Hamlet