Insiders are sceptical as a brutal regime appears to soften

Much has been made in recent weeks of apparent progress in the campaign for democracy and human rights in Burma (Myanmar), but aid organisations warn that international pressure on the regime must not let up and that a great deal remains to be done before refugees are able to return to their homes and the rights of ethnic groups are protected.

Even the name of the country continues to be a matter of dispute, with those who have been forced to leave their nation still referring to their homeland as Burma, because Myanmar is the name decided on by the military regime.

Refugees International Japan (RIJ), which has been active in funding projects in the camps for displaced people along the Thailand–Burma border for 33 years, finds that residents of these makeshift communities are cautiously optimistic about the political shifts that are taking place in their homeland. But such optimism could be premature.

“Because of the media attention on the political shifts in Burma, there is an over-optimism about the changes”, said Saw Hlaing. “Many large donors are reducing funding to the refugees so that they, the donors, may enter Burma. This is premature as there are very few changes on the ground in the country”. 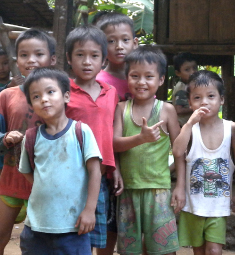 RIJ also believes this confidence is premature, and is encouraging those offering assistance to maintain, and even increase, their support for the refugees and displaced people until there is more stability in Burma. The nation’s people will need skills and knowledge to rebuild their country once the hoped-for changes take place and people can return home.

Experts on the ground say there are fears that fighting could break out again between government forces and ethnic groups, while rural areas are littered with thousands of landmines that must be removed before people can return safely to their homes.

“It is not likely that the refugees will be returning in the near future”, Hlaing said. “There are also half a million internally displaced people who will need to return home first.

“Apart from ceasefire agreements, there are many political negotiations to be completed before anyone can feel safe”, he added. “It is also not clear if the new government is completely in control of its armed forces, and there seem to be some struggles between the old guard and the reformers”.

RIJ has built strong links with several community groups operating in the camps, and is helping to fund various projects that benefit refugees now and also will help them once they have returned home.

“I believe that funding from RIJ has helped prepare young people to take up leadership roles in their respective communities in the future”, said Ma Kyaw, a spokesperson for one of the organisations.

“In their communities and states, these young people will play a pivotal part in the process of developing the country”.

For this group, the most pressing issue is bringing about a ceasefire between the ethnic rebels and the government. It remains to be seen whether the reforms that are being offered by the authorities encompass all the armed groups.

This is important, she added, “because 99% of the refugees along Burma’s borders with Thailand, Malaysia and India belong to ethnic minorities, and it is unlikely that people currently living in these camps would be willing to return to their homes unless all the armed ethnic groups have reached ceasefire agreements with the government, and political reforms in their respective states have begun and made it safe for refugees to return”.

The government in Rangoon (Yangon) has contacted a number of armed groups and reached verbal agreements on ceasefires, a measure the vice-president of the Karen National Union has described as “just one of many steps” required.

The aid group has extended educational support to internally displaced people in Burma since May 2010, when it sent five graduates to teach at a high school in Karenni State.

“We would definitely like to expand our educational support to surrounding townships if given the chance”, she said. “This would serve to provide basic education for children, as well as young people who have lost their right to education.

“We believe that only through education can children and young people in these areas finally become financially independent and play important roles in the development of their communities and Burma as a whole”, she added. “But again, at this stage it is hard to say when any expansion might take place”.

Another of our partners in the camps said that RIJ’s support and financing have helped to educate refugees about human rights, women’s rights, the rule of law and the development of a democratic system—all of which will be required in a future free Burma.

“Assistance from RIJ has enabled us to create many human rights activists”, said Khun Mya, a worker with yet another group in the camps.

“Our students can now apply knowledge from our courses to raise people’s political awareness and help change the system of government in Burma.

“We believe that, when we have political dialogue with the Burmese government, our graduates will be able to participate in Burmese democracy and obtain self-determination for their nation”.

The spokesperson also emphasised that, for all the good press to come out of Burma in recent months, progress is very patchy. In Karenni State, for example, there has been no sign of the much-touted reforms and there have been outbreaks of violence triggered by Burmese soldiers.

“There is a difference between what is going on in the capital and other big cities, as well as what is shown on the news on the one hand, and what is happening on the ground in the villages on the other”, he added.

“Last month, thousands of refugees fled from Kachin state because of the violence. Our organisation also knows of Karenni political prisoners who have not been released from prison.

The representatives of all groups expressed their thanks to supporters in Japan who, through the RIJ, are helping to give refugees a better life. That backing needs to be over the long term, however, to give the young generation the knowledge and skills to create a thriving new nation.

The main concern is that donors are not lulled into complacency, in the belief that the issues have been solved.

The changes in Burma are positive, there is no doubt, but the fear among refugees is that they may have no land to which to return. It has been a long time since they were forced to flee.

“The Burmese government may be looking at the refugees as an instant work force able to attract to the country major economic investments, such as for the deep-sea port in Dawei”, said Saw Hlaing, adding that firms and organisations need to bear in mind the regime’s record on human rights abuses.

“Be cautious and hold the Burmese government accountable to international labour and human rights standards before joining the ‘Burma Rush’” he added.

*All names have been changed

RIJ is funding five projects on the Thailand–Burma border, as well as a number of projects in other countries. Funds raised through events and donations enable RIJ to provide this valuable support.

The Annual Grand Auction is one of RIJ’s major fundraising events, and this year it will be held on 25 May at the ANA InterContinental Tokyo.

As always, it will be an evening of fun and entertainment with some great items on which to bid. Faces of Disco, a finalist in the British television talent show “Britain’s Got Talent”, will travel to Japan courtesy of Virgin Atlantic, and our favourite magician Kenji Akahoshi will also be performing.

RIJ welcomes donations of items to be auctioned, especially ones that money cannot always buy: sports memorabilia, tours and workshops by experts, the holiday of a lifetime, or a fun event that will impress your friends.

Why not donate your own expertise and help make someone’s day? 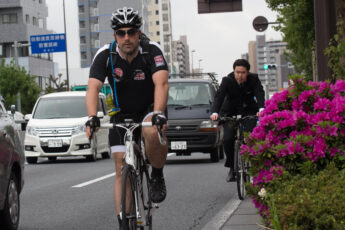 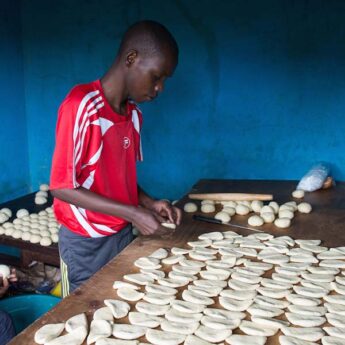