Sumo dates back to well before the beginning of Japan’s written history. But most of the world—even many people in Japan—do not know that there are female sumo wrestlers. 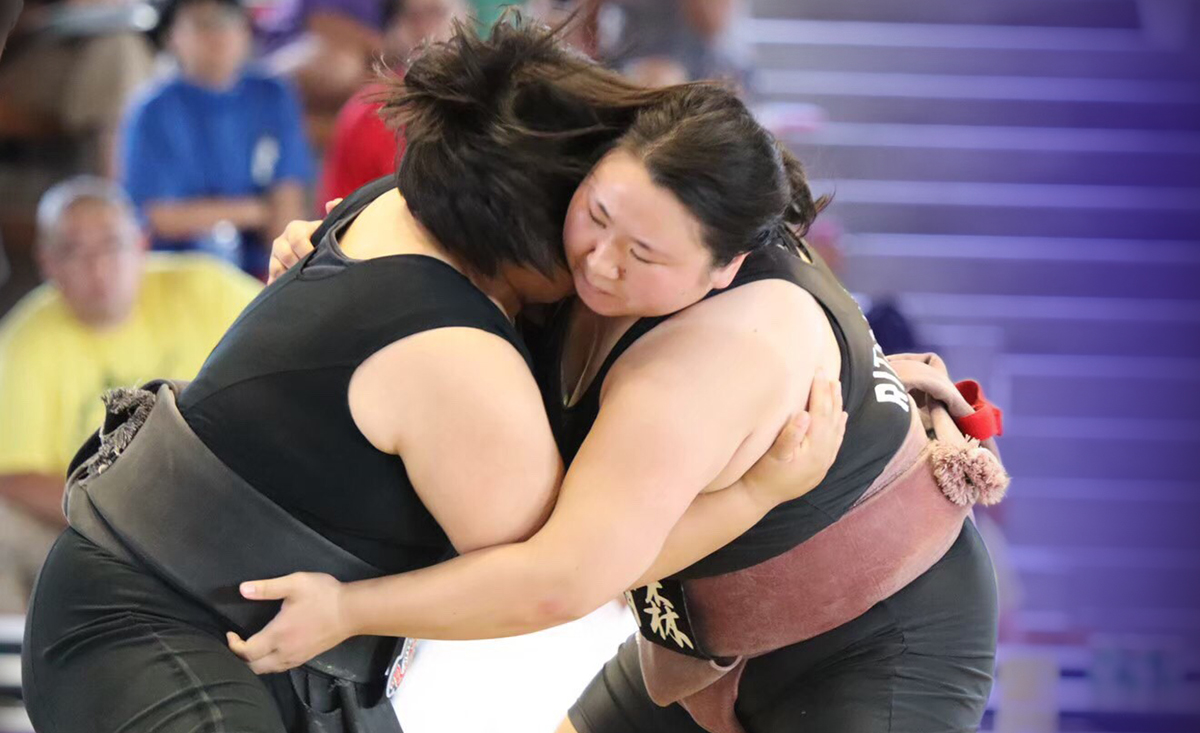 Hiyori Kon is an amateur female sumo wrestling champion. Outside the ring, she is quiet, polite and loves dogs. Despite her serene appearance, she is a fearless competitor who started sumo when she was six and rarely lost a match against boys and girls alike. At university, she became the fifth woman to join the sumo club and has gone on to become one the world’s great amateur female sumo wrestlers.

She competes in the Sumo World Champion­ships each year as an amateur because there is no professional ozumo (professional male sumo) tourna­ment that allows women. As a female wrestler, she is banned from professional ozumo compe­ti­tion and cannot even set foot inside the ring, which, according to the Shinto religion, is consi­dered a sacred space that only men may enter.

Last year, Kon was named to the BBC 100 Women 2019 list as one of the most inspiring and influential women in the world. She was chosen in recognition of her efforts to fight for professional sumo in Japan to be opened up to women.

This was the subject of an award-winning Netflix documentary entitled Little Miss Sumo, directed by British filmmaker Matt Kay. The 20-minute short film—first released in Britain in 2018 and globally a year later—follows Kon as she strives to become the sport’s top female competitor.

ACUMEN spoke with Kon to learn more about her background and dreams.

How did you get started in sumo?

I was born in August 1997 in Ajigasawa, Aomori Prefecture, and took up sumo at the Tandai Dojo when I was just six. I was inspired by my big brother’s interest and began competing and winning against boys.

Aomori is traditionally known as a place where people are very enthusiastic about sumo, so that was another reason why I started. I learned oshi-zumo (pushing sumo) when I was a child, as this is one of the most basic, but very important, techniques that all wrestlers learn first. I feel this technique suits me, so I continue mainly doing this today.

I remember how, when I was a child, I used to enjoy winning and meeting friends at the dojo and at competitions every year. But I also remember that, every year, I saw some female friends leaving sumo, and I knew I would not be able to see them at competitions anymore. Most female wrestlers stop after elementary school—even where I was born, a place where sumo is so loved. I still remember how sad I felt seeing them leave.

How did you feel being chosen by the BBC?

I was simply amazed. I really was! At first, I just could not believe that they would choose a female sumo wrestler. That was an undeserved honour. In the film Little Miss Sumo, the story tells that I am fighting for equal rights for women to compete. Of course, that is true. But I would rather like to break the stereotypes. I am trying to tell people that women also do sumo. In most of the world—even in Japan—people still do not know this. I hope that people might come to know the world of female sumo through the film.

Have you been to the UK?

I have been there only once, when I attended the film festival. I have been to London, and I was surprised to see how so many different cultures and nationalities are living together in the same city. Just by walking in the city centre you can hear a lot of languages being spoken, and you can get any kind of food you want anywhere you go. London is truly beautiful. Old and new are always together in the city centre, and when you consider the different areas—along with their top sights and attractions—it is easy to see the city’s beauty. I just loved the atmosphere. 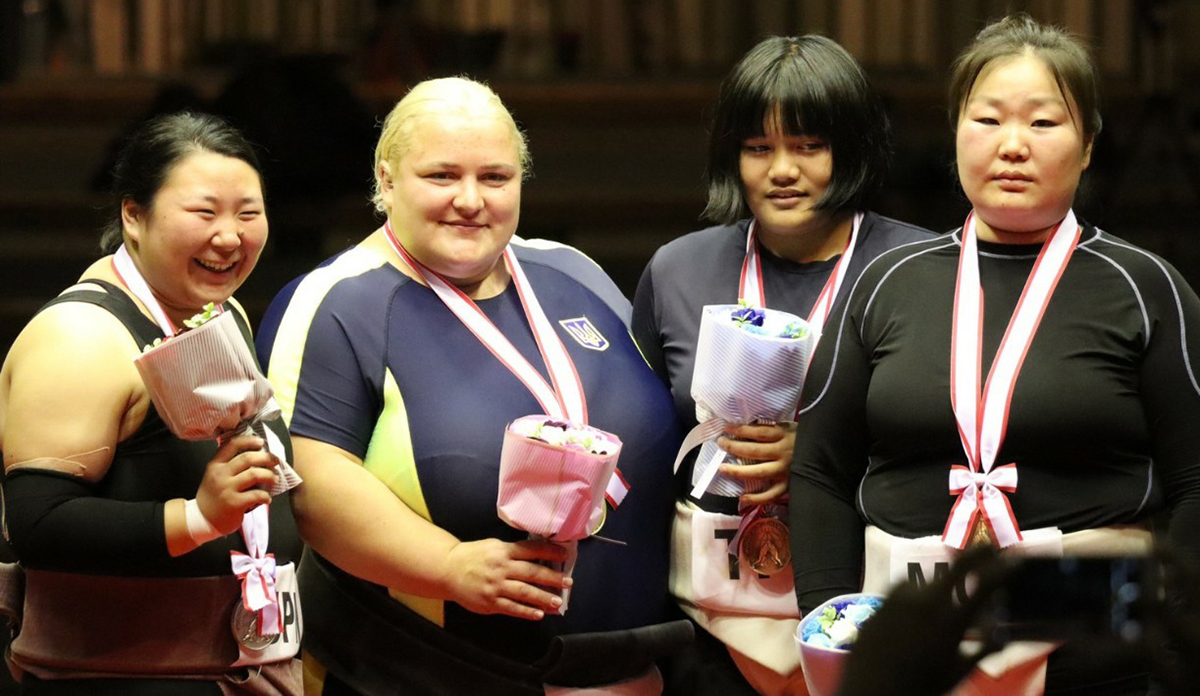 Kon (left) at the 2019 Sumo World Championships in Osaka.

How does sumo in the UK and Japan compare?

Most female sumo wrestlers retire after university at the latest. But I feel this is a real pity. In Europe, female wrestlers reach their peak in their late twenties. This is the biggest difference. I would definitely like to change this, to create a suitable environ­ment in Japan in which female wrestlers can also compete up to that age.

To achieve this goal, people first need to know of the existence of female sumo. Ozumo and female sumo are totally different sports. While ozumo is a traditional and cultural Japanese performance, female sumo is a modern, amateur sport.

Of course, I am hoping to change the rules of one of the world’s oldest sports and to give a voice to women in sumo. But I would rather hope to cooperate with each other in the future, whether the wrestler is male or female. I hope we can live together in a good way, rather than fighting each other.

Where are you now based?

I work for Aisin Seiki Co., Ltd., where I belong to the human resources department and am in charge of the welfare of employees. I have just moved to Aichi Prefecture in April for the job, so am still trying to adjust. I am new to this kind of business and am still finding my feet, but all my colleagues always help me. I would like to repay them for their kindness by contributing to the firm as soon as I can.

What is your dream?

When I started university, I chose Ritsumeikan University because it was the place where I could find both an international relations major and a sumo club. At university, I focused on researching cross-cultural understanding and was the fifth woman to join the sumo club. I chose this major because my biggest dream, since I was a child, has been to introduce and teach sumo around the world.

I had also always been interested in learning English, and am glad that I can speak English now. I am also learning French because I have a dream of teaching and spreading sumo in Africa. I came up with this idea when I was in elementary school in Aomori. There was a period during which I hated going to the dojo when I was a child. One day, my dojo master said, “Look, Hiyori, there are millions of people who love sport but cannot play any for many regrettable reasons, such as poverty. Bearing in mind those people, you should appreciate your fortunate environment. Do you understand?”

After that, I realised that sumo is one of those rare sports for which you do not need money. For instance, you will have to buy shoes to start running, a uniform to start judo, or spiked shoes to start football, baseball or rugby. But to start sumo, you need nothing but your body. You do not have to wear a loincloth; you can just do sumo wearing your own clothes. You do not need to create a ring, you can just draw a circle on the ground. You can enjoy doing sumo without spending money. So my dream is teaching and spreading sumo in African countries where children are not able to afford to play any sport.

How do you spend your free time?

Having just moved to Aichi, I live alone in the firm’s apartment. I love animals—especially dogs—so whenever I see my friends’ dogs, I love playing with them. I used to love Japanese breeds, such as Shiba Inu and Akita Inu, but recently I like the British Bulldog the most. Other than that, I like cooking. Since I lived in Kyoto for four years during university, I like making Kyofu Dashimaki-tamago (Kyoto-style omelette).

Any message for our readers?

Women’s sumo is definitely one of the most fasci­na­ting sports in the world. Once you see it, I am pretty sure you will fall in love with its appeal. So please come to watch it. I believe sumo is not just a sport or a culture, but a form of expression. The next major event is the World Sumo Championship in Poland, currently scheduled for 6 September. This may be postponed due to the coronavirus, but for now it is still on as planned. Thank you very much for reading, and I look forward to seeing you at the next championship! 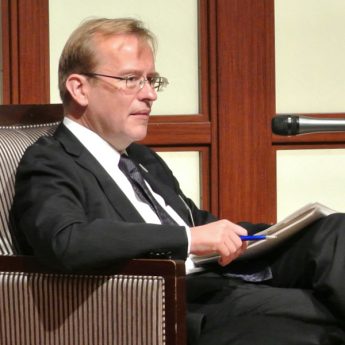