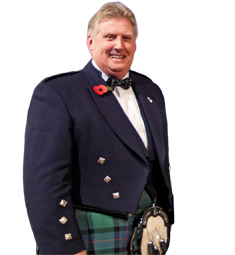 Honoured to receive OBE for services to British business in Japan

The old adage of “the more you put in, the more you get out” was never truer than during my tenure as BCCJ president, from 2010 until 2012.

Taking over the reins of any job is always a daunting task. How do you make a difference? What will be my legacy?

But I needn’t have worried on either count, as the two years were some of the most enjoyable and challenging times of my professional life.

Keeping the role of the BCCJ relevant was at the forefront of everything I believed in. Serving a growing membership, attracting the very best talent with the first new executive director in almost a quarter of a century, and the re-engineering of our new website to meet the current and future needs of our members.

This period also was marked by one of the most devastating disasters of modern times. The way the BCCJ, in close cooperation with the British Embassy Tokyo, responded to the associated events only increased my pride in being a member of the British community in Japan.

This pride was topped by being awarded an OBE for services to British business in Japan in the New Year Honours on 29 December 2012. The investiture into the Most Excellent Order of the British Empire will be held at Buckingham Palace later this year.

It was one of the proudest moments of my life when I learned of the award, and marked my first conversation with the new ambassador to Japan, Tim Hitchens, who phoned to let me know.

The award confirms that the work of the chamber today is as relevant as it was about 65 years ago, when it was established in Japan.

The BCCJ, quite simply, is one of the best foreign chambers of commerce in Japan. I was very privileged to have a fantastic and diverse team in the Executive Committee and Secretariat, and this honour belongs to each one of them.