When Simon Berry first came to Japan to gauge the local demand for wine and spirits, the market was unquestionably dominated by the latter. Two decades later, things are very different. 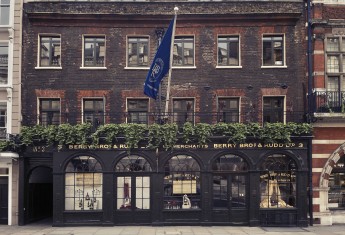 “There were the first signs of interest in wine, but it was a relatively unsophisticated market”, the chairman of Berry Bros. & Rudd told BCCJ ACUMEN. “But in the last 20 years, Japan has become one of the most sophisticated markets in the world”.

Japan’s consumption of Burgundy is testimony to this, he points out, with more of the varietal sold here than even Bordeaux wine.

“That is unique in the world”, he said. “People usually start with Bordeaux because it is simpler. But in Burgundy, they delight in making it complicated—and that goes down well in Japan.

“The more complicated it is, the more they like it here”.

Simon Berry, who oversees the operations of the oldest wine and spirits merchant in Britain, was paying a regular visit to the firm’s outposts in Hong Kong and Tokyo, as well as its new office in Singapore.

The original shop in London has been based at the same address on St. James’s Street since 1698.

“We’re doing well in Japan now, even though it’s a complicated market for us”, he said. “But, little by little, we’re understanding it better and we have a great 17-strong team here, so I’m very pleased with the way in which we are growing.

“There is still a long way to go in Japan, and even though we have been here for 20 years, you must remember that we’re working from a history that goes back more than 300 years”. 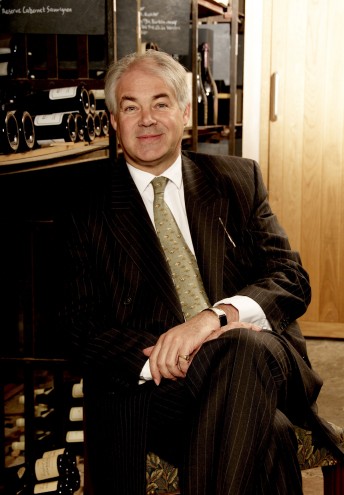 The head of the wine merchant believes that the secret behind longevity is that they never stop changing.

The firm was initially in the tea and coffee importing business. These caffeinated beverages represented the luxury drinks of the day in 1700. Tea cost £10 for 454 grams (1lb)—at a time when the average annual wage was £15.

It also helps that the firm, the fifth-oldest in Britain, has remained a family concern, which appeals to Japanese partners. This also means it can plan over the long term.

“That gives us a completely different perspective and fits neatly with the people who are making these wines and spirits”, he said.

That commitment to evolution is evident in a number of additions to the firm’s spirits lines, as well as an injection of new life into some classic older recipes.

The King’s Ginger liqueur, for example, was specifically formulated for King Edward VII in 1903, and for the following three decades it was only supplied to the British royal family.

For 70 years thereafter, it was largely to be found in the hip flasks of the aristocracy. The liqueur is now finding huge favour as a mixer in cocktails, and is particularly popular in the trendy bars of San Francisco as well as China.

Further, the chairman believes that a drink designed to keep the British winter at bay could very well find a solid following in Japan.

The Glenrothes Single Speyside Malt whisky was acquired in 2010 as part of the deal entailing the sale of the Cutty Sark brand, which Berry Bros. & Rudd created in 1923, to The Edrington Group. Cutty Sark had grown into a huge name in the whisky world, he said, and the decision was made to focus on more specialist, niche brands.

One of the firm’s newest additions is the No. 3 London Dry Gin, which Berry said the firm decided to create as a backlash to “all these new gins that are fashionable, and have the flavour of roses but don’t have the real taste of gin at all”.

Another recent debutant is the vanilla-infused Pink Pigeon Mauritanian rum, which is quickly becoming a favourite of cocktail aficionados. A sister rum, the aged Penny Blue, has just been launched in the UK and will be available in Japan early next year.

“I’ve tasted some very good white wines grown close to Hakone, in the foothills of Mt Fuji”, he said. “It’s quite right that Japan should be producing good wine when you consider that every single state in the US is now producing wine.

“Advances in technology and a thirst for the product have driven the ability of people to create wine in some very unlikely places”, he said.

“And given the fact that there are so many micro-climates the length and breadth of Japan—from the almost Scottish climates of Hokkaido to semi-tropical Okinawa—there are plenty of places to grow.

“Look at Japanese cuisine”, he said. “This is a nation that loves experimenting and has a delicacy of taste, and there is no reason why, in say 40 years’ time, Japan should not be as well known as New Zealand for its wines”. There is nothing quite like a perfectly chilled white wine to soothe one during the heat of summer in Japan. Kept cool and ready to be served—be it a picnic or a barbecue, at the beach or on an urban balcony—an elegant white will always hit the spot.