If you spend any time in Japan’s main ski resorts, you will no doubt hear more than a few Australian accents. But increasingly British ones are getting louder, with the quality of Japanese skiing now experiencing greater recognition outside the Asia–Pacific markets that have typically supplied the resorts’ international visitors.

And while the Japan National Tourism Organization does not provide specific ski-related statistics, overall tourist numbers give an indication of the growing popularity of Japanese skiing among British people.

The Japanese alps are now on the radar of British skiers.

Despite falling outside spring and autumn when the weather is more agreeable, as well as Japan’s famous cherry blossom season in late-March and early-April, UK tourist figures posted double digit growth during December 2015–February 2016 at an average of 21.4%. And the UK was the top supplier of European tourists in this period by some margin.

“It’s growing in popularity—the underlying trend is that each year it grows because more and more people are realising, are hearing stories of how good it is, and Japan as a destination is perennially popular”, said Nick Coates, a former resident of Japan and a co-founder of the British ski tour operator Different Snow, which specialises in trips beyond the usual European and North American destinations.

In part, this has been the result of greater media coverage, which has in turn raised awareness of Japanese skiing. Although in the case of Australia there has long been an appreciation of the abundance and quality of snow in resorts such as Niseko in Hokkaido, that is now increasingly the case in the UK, too. 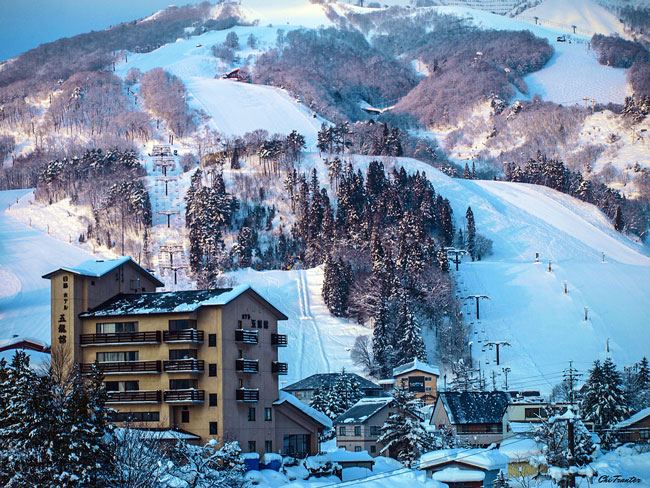 “There has been a lot of media interest around skiing in Japan, particularly given the inconsistent snow in Europe and North America the last few years”, said Andrea Selig, product manager for Japan at the British firm Ski Safari. “The increased exposure in publications has opened people’s minds to the possibility of skiing somewhere different.

“Japan also features heavily in ski and snowboard films—usually most will have at least one segment set in a Japanese resort”.

This media focus has tended to home in on the main resorts of Niseko and Hakuba, with the former being by far the most popular.

“I think eight out of 10 enquiries … all focus on Niseko”, said Coates. “Niseko have been very, very effective in marketing themselves to the international community. All you’ve got to do is open a ski magazine in the UK or look at a ski website, and if there is a Japan article it is focused on Niseko.

“[It] also has the variety of accommodation, the infrastructure and it has enjoyed some investment; that stagnated in other Japanese ski resorts in the eighties and nineties”.

Those Brits making the long trip east tend to fall into one of two categories, with some overlap between them. The first are the serious skiers seduced by tales of abundant powder snow, as well as the on- and off-piste terrain not found in other countries. These tend to be advanced skiers looking for the thrill and challenge of experiencing new environments.

On the other hand are those for whom skiing is not the sole motivation for the trip. For them, a visit to Japan is also an opportunity to sample its culture and history, be it a trip to one of the country’s famous cities or a stay in a quaint ryokan inn.

“The chance to have a totally different and unique ski holiday has to be the main selling point for any trip to Japan”, said Selig, noting that skiing in Japan also offered cultural experiences unavailable elsewhere. “Ninety-five percent of our trips will also combine another element other than skiing, perhaps a few nights in Tokyo or Kyoto, or even visiting more than one resort. There is often the thought along the lines of, ‘This may be the only time I visit Japan, so I want to see as much as possible’ ”.

And to an extent this makes British skiers stand out compared with those who come from the main international markets of Australia, Hong Kong and Singapore, who, given the proximity, often visit for the skiing and not much else.

“British travellers tend to be more culturally adventurous”, said Coates. “They’re willing to roll up their sleeves and get stuck in and stay in a little minshuku (guest house) or ryokan and have a cultural adventure”. 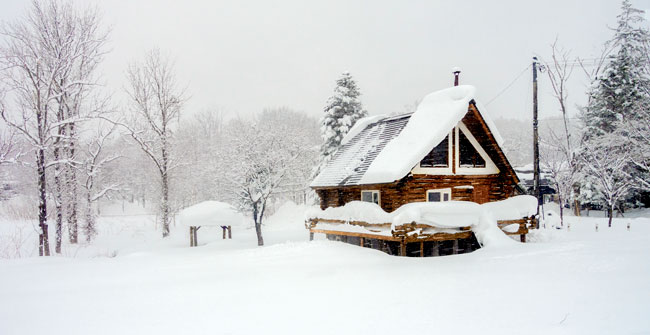 New terrain
For all the encouraging British demand, 2016 has presented a complication. With the pound’s plunge in value following the EU referendum in June, trips to Japan have become that much more expensive, threatening to put a dampener on what had been persistent and solid growth in UK skiers choosing Japan. That has required operators to change tack or find ways to offset costs.

“We are receiving a similar number of enquiries year on year, but the higher costs are deterring people from booking”, said Selig. “We try and communicate with our hotel partners and suppliers to negotiate special offers to encourage bookings. You also have to start getting creative when building packages”.

But there is also the recognition that, for the time being at least, a certain kind of demographic has perhaps been lost. For Different Snow, that means refocusing their efforts to compensate for the fact that Japan is no longer affordable for some.

“We’re moving towards the higher end and forsaking the lower-middle market”, said Coates.

But while the exchange rate might fluctuate, Japan’s underlying quality when it comes to skiing will endure, something that British skiers have been discovering for themselves.

“People in Canada and Utah might put up a half-decent argument [that skiing there is better], but they’re wrong—Japan is just simply the best”, said Coates. “A UK audience is discovering Japan and invariably loving it”. 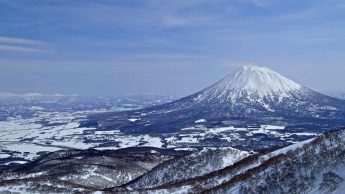 More than just a ski resort, Niseko offers plenty all year round