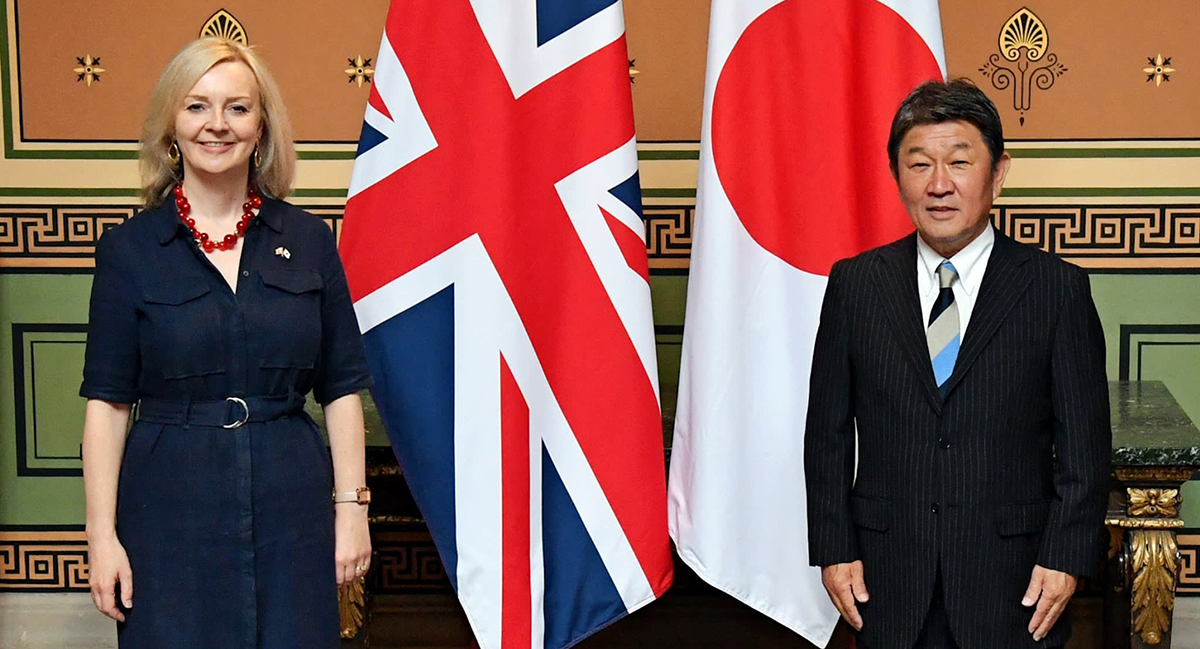 UK Secretary of State for International Trade Liz Truss and Japanese Foreign Minister Motegi Toshimitsu (pictured above) announced during a video call on 11 September that the UK–Japan Comprehensive Economic Partnership Agreement was agreed in principle and that businesses will benefit from tariff-free trade on 99% of exports between the countries.

In its press announcement, the Department for International Trade (DIT) said, “The deal is tailored to the UK economy and secures additional benefits beyond the EU–Japan trade deal, giving UK companies exporting to Japan a competitive advantage in a number of areas”. DIT estimates that the deal will boost UK trade with Japan by £15.2bn and noted that this is an important step towards the UK becoming part of the Comprehensive and Progressive Agreement for Trans-Pacific Partnership.

Nikkei reported that the agreement provides for a staged lifting of UK tariffs on Japanese autos starting in 2021 to zero in 2026—progress on a sticking point that has long concerned the Japanese side. Some Japanese railcar exports to the UK will also be tariff-free shortly after the agreement goes into effect.

On another highly publicised matter, Japan agreed to a staged reduction of the hard-cheese tariff, down to zero by 2035.

Truss said: “This is a historic moment for the UK and Japan as our first major post-Brexit trade deal. The agreement we have negotiated—in record time and in challenging circumstances—goes far beyond the existing EU deal, as it secures new wins for British businesses in our great manufacturing, food and drink, and tech industries”.