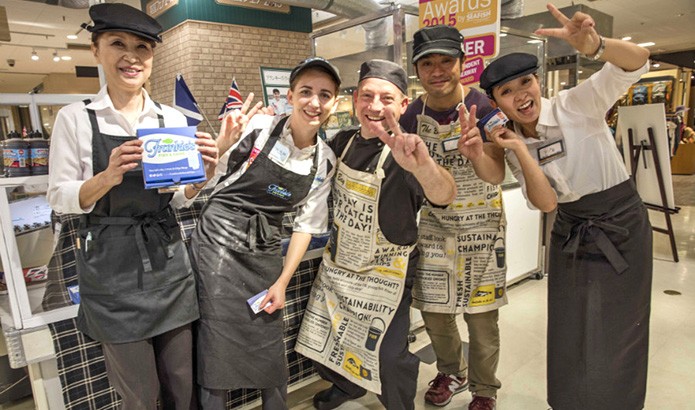 Representatives of award-winning fish ’n’ chip shops Frankie’s in Shetland and The Bay in Stonehaven, Aberdeenshire, have been warmly received at Hankyu Department Store’s British Fair in Osaka, The Press and Journal reported on 15 October (see pages 16, 46).

On 7–13 October, their pop-up shop attracted queues of about 100 people, while more than 1,200 portions of fish and chips were sold.

Special boxes in which to serve the meals were made for the event and Frankie’s distributed thousands of bilingual business cards with explanations about their shop in Shetland.