At the behest of the British Government, and on behalf of Her Majesty the Queen, Prince Charles attended the enthronement ceremony of Naruhito, Japan’s 126th monarch. As reported by the website Royal.uk, the Prince of Wales spent 22–23 October touring the Nezu Museum, the training grounds for the Wales national rugby team at Chichibunomiya Rugby Stadium, the HMS Enterprise docked at Harumi Wharf in Tokyo Bay, Zojoji Temple and the Mitsukoshi Department Store for the Britain is GREAT campaign. He also visited the Ambassador’s Residence at the British Embassy Tokyo for a UK in JAPAN 2019–20 reception, and later joined Prime Minister Shinzo Abe’s banquet at the Hotel New Otani. 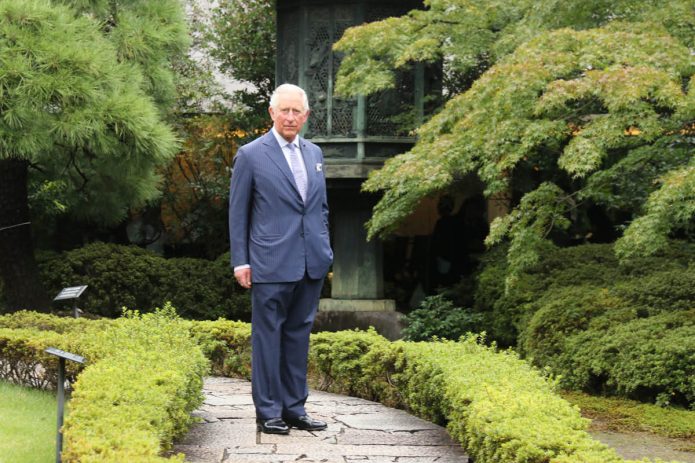