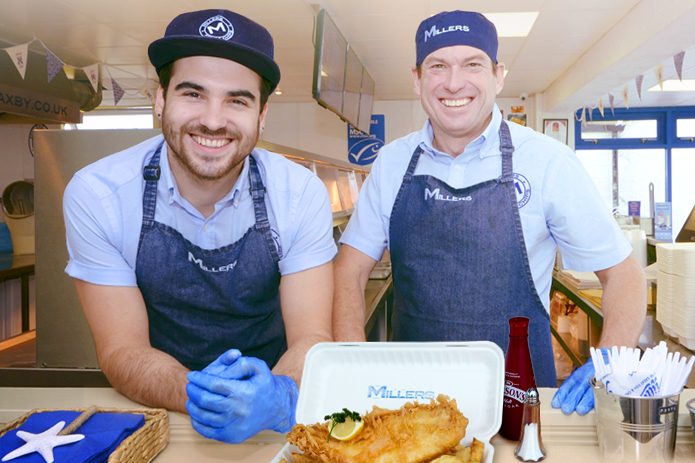 For more than half a century, the Hankyu British Fair in Fukuoka and Osaka has been offering Japanese guests a chance to enjoy the best of British culture. Despite Britons consuming and producing more cosmopolitan and complex cuisine these days, one simple British classic is still loved by many: fish ’n’ chips. The Press newspaper in York reports that popular Miller’s Fish and Chips—chosen as the UK’s best at the 2018 National Fish and Chips Awards in London—was invited to take part in this year’s event, which drew more than half a million visitors. “We were blown away by the enthusiasm and demand for British produce”, founder Nick Miller said. “On average, we were serving over 1,000 portions of fish and chips every day with queues growing to 150-deep”. Miller’s broke the record for most fish and chip portions sold at the fair.