Are you prepared for your financial future? Will you have enough to retire comfortably, and be able to leave something behind for your family? Have you thought about how your assets are being taxed—not only in Japan, but in your home country as well? These are all daunting questions, and everyone needs to arrive at their own answers.

Moreover, with the many available investing choices—from conservative options, such as government bonds, to such risky investments as virtual currencies—it can be hard to make a decision. It is tricky enough when living in one’s own country, but vastly more so when one is living in Japan. Then on top of it all, one must make sense of the tax requirements of your home country and Japan.

That said, it is now easier than ever for indivi­duals to invest on their own, given the wealth of information online about invest­ment options. In addition, the rapidly developing field of fintech, or financial technology, puts a wide range of such financial services as banking and investing in consumers’ hands—often quite literally, in the case of smartphone-based applications.

But does all of this information, and this easy access to financial services, make it easier or harder to manage one’s personal wealth wisely? 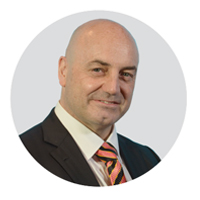 Adrian Rowles, senior wealth manager at DeVere Acuma K.K., sees the issue from both sides. When it comes to fintech, the firm has embraced it as a part of the future, and they have created a suite of apps that allow users to manage their finances—everything from making bank transfers to foreign currency exchange. They also have an app that allows UK pension holders to monitor what funds their pension has invested in and how they are performing.

These are developments that Rowles finds useful, but when it comes to the vast amounts of information to be found online regarding investing, he recommends caution: “The biggest challenge is also the biggest benefit. So, the Internet has been a massive, life changing facility, right? It’s the biggest benefit because you want to be more knowledgeable and get access to information quicker and easier, but it is also the worst. The Internet is like a tabloid … That is the major challenge: you need the Internet but you need the right source”.

In a field that is constantly changing, what are some of the most notable trends in how expats are managing their personal wealth? Tony Collins, senior adviser at AP Advisers Limited, points out that there has been a number of move­ments that have played out in recent years, including a rise in fintech applications, a tendency for invest­ment and brokerage fees to be lower, the rise and fall of the popularity of virtual currencies such as Bitcoin, and the attraction of Japanese property as an investment vehicle. 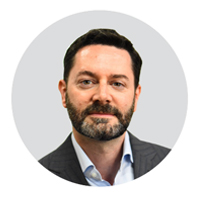 As Lloyd Danon, managing director and CEO of Argentum Wealth Management K.K., sees it, it’s less a matter of trends than concerns that quickly make their way around the expat community: “I would say the most recent concern a lot of expats have had was around the inheritance tax in Japan, because there have really been a lot of updates in the last five years”.

The Japanese inheritance tax rate goes up to 55%, and it goes into effect after a foreigner takes up residence in Japan. About six months ago, legislation went into place that eases the inheritance tax liability for expats who have been living in Japan for less than 10 years, but for anyone who has been here longer than that, the full tax rate goes into effect, and can make a major difference for any long-term resident in Japan who is hoping to pass their estate along to their heirs. 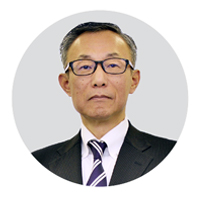 There aren’t any sure-fire guarantees in the world of finance. Nevertheless, United States equities represent one opportunity that ExeTrust Co., Ltd. President Shigenobu Kawata believes no investor should ignore, regardless of their country of origin. Over the years, he says, these have shown steady growth.

However, he personally takes a dim view of investing in Japanese equities, which he doesn’t believe offer the same growth opportunity as US equities.

What other investments should attract expat caution? Collins recommends being wary of the following types of investment: “Investments that do not offer sufficient liquidity—that is, your money is stuck in an investment that cannot be sold; investments which are too specific and niche; and overly complex instruments, such as structured notes, which are rarely understood fully by the client or investment adviser”.

Danon particularly stressed this final senti­ment: “The one thing that I would always say with an investment is, if you don’t understand it but trust yourself, don’t do it. If an advisor cannot explain an investment to you and it sounds very complicated, or really above you, it’s not above you—it’s probably something you should not be putting your money in. Do not put your money in anything that cannot be explained to you or you do not understand. That is it.”

If there was one common theme that all financial advisers agreed on, it was that each investor has different needs, a different tolerance for risk, and different long-term goals. 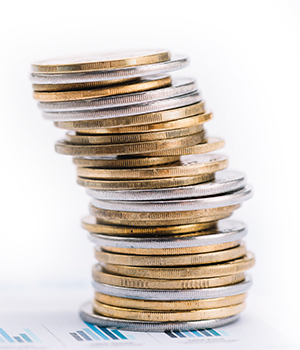 Therefore in general, Martin Zotta, managing director and CEO of Argentum Wealth Manage­ment K.K., believes that, rather than focusing on specific investments, it is important for people who want to invest their wealth to get sound advice—from a human being—that helps them develop and understand their long-term financial goals: “I believe, rather than think in blanket state­ments, it’s more that people need to get proper advice, and a proper under­­standing of the situation. They need to understand why they are setting things up in a certain way. They need to under­­stand how everything is going to work holistically towards a financial goal.”

Another common thread was the importance of being diversified across a wide range of assets, countries and currencies. As Zotta pointed out: “Generally speaking, it is a good idea to diversify your port­folio and by extension also the currencies you are investing in”.

“Even if you think you are in Japan for the long term, for example, it is a good idea to have exposure to other markets and currencies”. 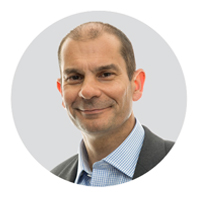 As Collins explained, there are some rules of thumb that every expat investor should follow. They may be time-honoured and traditional, but they’re no less true, even in a time marked by the likes of Bitcoin and other trendy invest­ments: “Invest over a long period of time and ride out periods of market turbulence. See the long-term picture … and be disciplined in saving and accumu­lating assets so that you’ve saved enough for retire­ment and the future”. 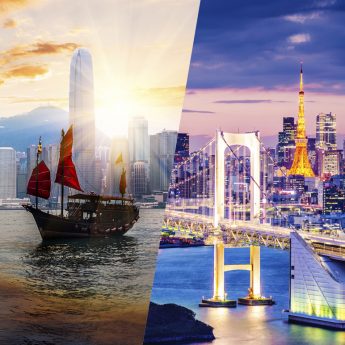 Why the government needs your pension

The recent UK budget could spell changes to your future finances.