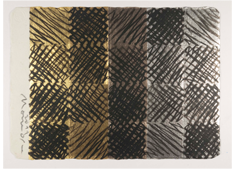 On 11 March 2011, my husband, Katagiri, and I were in our sculpture studio in Iwate Prefecture when the earthquake and tsunami struck. In Tohoku power supplies, telephones, the internet, railways and roads to the coast were crippled, making it almost impossible to contact anyone there.

For four days we waited in limbo: anxious for news and feeling powerless.

Then a postcard arrived for a colleague from his parents on the coast who had survived. It gave us hope that all was not lost and we later heard more good news from friends and family.

Inspired by the uplifting impact of a simple postcard, we invited artists from around the world to make A5-size original artwork called “Postcards to Japan”, as tangible messages of support for devastated communities.

We received more than 370 beautiful postcards, which were shown at the Iwate Museum of Art in Morioka, Iwate Prefecture, from 18 December to 26 February. The exhibition has since grown, with the addition of eloquent cards made by British schoolchildren who joined our workshops. We asked them to send a message using images instead of words, which would have to be translated. The exhibition is now touring the coast in the devastated region. 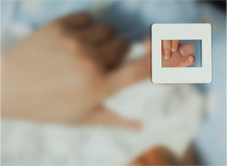 In addition, we invited 22 artists from Tohoku to contribute to “Postcards from Japan”, which was shown at the Edinburgh Festival 2011. The exhibition was also featured at the Japan Society Gallery in New York and the Embassy of Japan in the UK; it is currently at the Ikon Gallery in Birmingham until 22 April.

The priority is to rebuild communities and livelihoods. Art is a form of communication that becomes even more vital at such a time to help nurture imagination, determination and energy. There is a wonderful range of work in both exhibitions, from photographic to abstract images. All the artists have articulated emotional, social and environmental issues that need to be dealt with in Tohoku and are relevant across the world. The conveyed feelings of whimsy, grief and, most important, hope are incredibly powerful.

And for many Tohoku artists, this project has been a catalyst to create new work for the first time since the disaster.

Thanks to the British Chamber of Commerce in Japan, Great Britain Sasakawa Foundation, Daiwa Anglo-Japanese Foundation, Atelier Nord, Inc., Club8 Studio, artists and volunteers. And to the people of Tohoku who continue to inspire us all.