The past 12 months has been a testing time for the property industry—in both its commercial and residential sectors—but the general sense is that Japan is just too big and important a market for the downturn to last for long, although it may change its form. 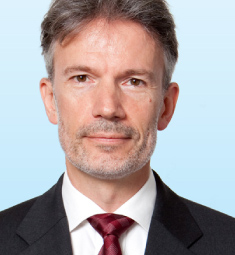 “Besides the enormous destruction of property and infrastructure, as well as the loss of lives in Tohoku, the immediate impact in Tokyo was one of uncertainty”, said Richard van Rooij (pictured right), representative director for Colliers International in Japan. “Many foreign office workers opted to leave Japan, some temporarily and some for good. Not a few, including Japanese, temporarily relocated from Tokyo to other parts of Japan”.

Occupancy rates, particularly at the higher-end of the residential market, were impacted by several percentage points and there was a spike in demand from clients for an assessment of the safety of their office premises, a supply of temporary offices, and the provision of longer-term back-up facilities. There was also an increased interest in Osaka and cities in western Japan, said van Rooij.

“The transaction market went through a very natural period of dormancy immediately following the quake”, said Christian Mancini, representative director and CEO of Savills Japan. “We were not alone in suggesting that the second quarter would be extremely quiet on the transaction front and extremely busy on the leasing front”.

Numerous deals that were under way when the quake struck were postponed, although many have since been concluded, he said. Also, clients now more often ask about the safety of properties.

“Before 11 March, when building owners would describe the quake-resistance technology that a particular building would have, people’s eyes would roll back”, he said. “We would talk about back-up generators and multiple power grid access, and it would be greeted with polite nodding and smiles. It’s different now”.

Immediately after the quake, Mori Building Co. carried out a study of 3,400 firms in Tokyo’s 23 wards. It revealed there was a dramatic increase in the number of firms expressing a “desire to move to a building with superior seismic performance”. The figure was up from a mere 15% before 11 March to 45% after. That reason even overtook the perennial favourite—“lower rent”—cited as the reason that 60% of the new firms were looking to lease new premises within a year.

And, while 35% of the polled firms had a business continuity plan in place before the disasters, that has since risen to 80%, with emphasis on securing communications, procedures for employees to return home and emergency power generation.

“The greatest impact of the quake has been in a loss of business confidence”, agreed John Mader, of Lend Lease Japan. “In the immediate aftermath, some generally smaller companies vacated space in older, less seismically safe buildings and moved to newer safer ones. Larger tenants, for whom a move is a much bigger deal in terms of logistics and costs, may have been unable to act as nimbly, but they have definitely given higher priority to seismic safety than in the past.

“The bigger impact of the loss of business confidence has, however, been an overall drop in demand for new office space because businesses are hesitant to expand”, he pointed out. “The newest and best buildings, either ones that have opened recently or that are currently being designed or built, will probably be able to attract tenants and fill up while older buildings suffer”.

But whether there is sufficient demand to maintain high enough rents to make new developments economically attractive remains doubtful because business expansion plans—already curtailed due to the overall economic malaise and the shrinking Japanese domestic market—“are not aggressive enough to justify the need for lots of new space”, said Mader.

Van Rooij agrees that there is demand for better office space, although this is not “net new demand”. 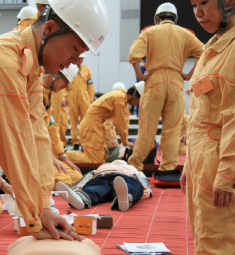 “The Lehman shock, economic uncertainty in the US and Europe already have put the brakes on any significant increase in demand”, he said. “Since companies generally prefer to relocate to newer space, most of this recent demand is simply demand brought forward due to the earthquake. It seems inevitable that this will accelerate the trend for wider stratification in the office market with older buildings losing favour more quickly”.

But there is room for a degree of optimism.

“Japan remains the world’s third-largest economy and a strong player in Asia. I don’t see this changing any time soon”, van Rooij added. “Hence, companies will continue to have a presence in Japan. But a lesson has been learned about the need to prepare better for catastrophic events in terms of employee safety and business continuity planning. We see that interest from institutional investors and foreign capital is active again. In my view this proves that long-term business interest remains strong for Japan”.

On the residential side, many expatriates left Tokyo in March and April, but returned in May, according to analysts, and the belief is that the market will fully recover in two to four years.

One change in the profile of people leasing serviced apartments that Oakwood has noticed is the size of the properties that are being selected and the length of foreign clients’ assignments in Japan.

“There has been a decline in demand for families relocating to Japan from overseas, impacting our two- and three-bedroom properties”, said Eiichi Ishimaru, Oakwood director of sales and marketing. “There has also been an increase in assignments of between three and six months, which has created a new business opportunity for our one-bedroom property sector”.

Other firms say they are more concerned about the longer-term implications for Tokyo and Japan, with Ruth Shiraishi, director of business development for Space Design Inc., describing the events of 11 March as “a game changer for almost every aspect of Japan”.

In terms of pure rent income, the firm lost an estimated ¥180mn between March and July due to the effects of the disasters.

However, Space Design’s occupancy rates are back to pre-disaster levels, despite the lack of a sudden surge in demand. Firms are, however, becoming more aware of, and concerned about, access, safety, efficiency and environments in which staff can easily switch to offsite office access.

Mancini is more optimistic about the future of this country at a more fundamental level.

“Here’s a great question to ask oneself: Immediately following the earthquake, what didn’t happen?” he posited. “Towers did not fall. People did not loot. People did not look to place blame, even in situations where they could have been forgiven for doing so.

“Real estate is derivative of culture, not the other way round”, he said. “You want to know why modern buildings didn’t collapse? Look at the resolve of the people who designed, built and inhabit them”. Foreign investors are, once again, purchasing Tokyo property. According to the 2012 annual report of the global property-consulting firm Jones Lang LaSalle, Tokyo was the fourth most popular place in the world for real estate investment.