Investment banks lead growth, but is it sustainable?

As far back as September 2009, those at the sharp end of the recruitment firm’s business glimpsed the first indications that the worst economic crisis in living memory had bottomed out and that things should slowly improve. And while we might not be entirely out of the woods yet, the recovery has come around faster than anyone dared to expect — although questions remain over whether it can be sustained.

The indicators remain the actions of the investment banks, believes David Swan, managing director of Robert Walters Japan and Korea.

“These institutions have been very active in the recruitment markets for the past six to 12 months, and have been the clearest indicator of growth during that period”, said Swan.

“We have seen that, traditionally, recruitment volumes in this sector tend to ramp up very quickly but are also very quick to cut. Robert Walters sees smoother fluctuations between hiring and downsizing in sectors, such as commerce and IT. They ramp up and cut back a lot more slowly.
“But when the investment banks are hiring, that is a good barometer of what the rest of us can expect”, he said, while cautioning that the future remains uncertain. 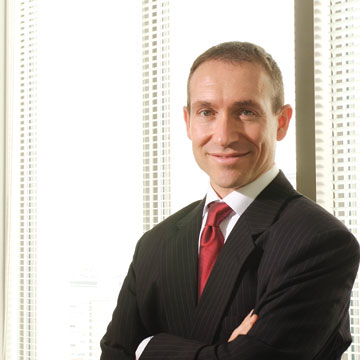 There has been a visible knock-on effect for other areas in which Robert Walters specialises in placing bilingual candidates, particularly in the areas of accounting, banking operations, legal, information technology, sales and marketing, and human resources, according to Swan.

And the upswing comes at an opportune time for the company, which is this year marking the 25th anniversary of global operations and 10 years of doing business in Japan. The firm has offices in Tokyo and Osaka and the fact that 41% of global net fee income came from its offices in Asia and the Pacific in 2009 underlines the importance of the region.

“The markets have been through a rough period on the back of the Lehman Brothers situation and it has been difficult globally, but we have been watching the pick-up and the banking sector has clearly been leading the recovery in other areas of recruitment over the past six to 12 months”, said Swan, who first came to Japan to study karate 13 years ago and has been with Robert Walters for eight years.

“We’re seeing a reasonable amount of hiring in the online space now as well, and we set up a team earlier this year to specifically focus on that area, while we’re also seeing IT vendors coming back into the market strongly, perhaps because a lot of projects were put on hold during the crisis”.
Other areas that are experiencing a rebound include the pharmaceutical industry, which is getting to grips with changes in the law in Japan involving over-the-counter sales of generic drugs.

There has always been high demand for qualified accountancy experts, according to Swan, due to the limited number of accounting courses at universities and the extremely tough professional exams. An estimated 10% of candidates pass the exams to become certified public accountants, meaning that there are a mere 20,000 CPAs in Japan, with a population of 128 million, but 45,000 qualified accountants in Australia, for example, which has a population of 21 million.

A decade in Japan has given Robert Walters an advantage over its competitors here, a market that Swan describes as young yet maturing very quickly.

“The market has changed a lot. When I first started recruiting in Japan, it was interesting that when I made a headhunting call, the person on the other end had usually never heard of Robert Walters and never spoken to a recruiter.

“Now we are more of a known entity and people are increasingly aware that it is possible to have several jobs in a career”.

That trend is particularly evident in the younger generation of working people, he said.
“They often join a company initially to undergo the training and build up their experience, but less and less do they have the intention to stay at one company for all their working lives. That is particularly true of female professionals; they want to make progress in their careers and they look for companies that will help make that happen”.

Another emerging trend with which Robert Walters is positioned well to assist is the growing internationalisation of Japanese firms, particularly at a time when the yen is very strong and firms here are looking to expand their operations overseas.

Swan declined to reveal precisely how many individuals the firm places with employers each year — he would only comment that the specialist recruitment teams in Tokyo are “very busy” and that Robert Walters in Japan enables several hundred people to find new jobs every year. It is ramping up its presence in East Asia to meet growing demand.

The first Robert Walters office in South Korea opened in Seoul in October, and another office is scheduled to open in Beijing by the end of the year to meet burgeoning demand in that dynamic market.
“We are very excited about being in South Korea because there are not a lot of foreign recruitment activities in that market yet”, he said. “We have high expectations for South Korea and will be working hard to build the business there and make it as successful as Japan has been for us”. The dark days of late 2008 and 2009 have been well and truly left behind for the specialist recruitment industry, with the 2011 Hays Salary Guide underlining the strength of the rebound in Japan and across the key markets of Asia. For Japanese firms having a tough time with global recruitment, UK-based agency JAC Recruitment held its annual conference in Tokyo on 25 November attended by 55 delegates from 48 firms.

Employment figures — a key indicator of economic activity — are revealing welcome trends for early 2010, as firms begin to position themselves to exploit opportunities in the economic upturn. Data from the Statistics Bureau of the Ministry of Internal Affairs and Communications suggest hiring activity will start to pick up [...]