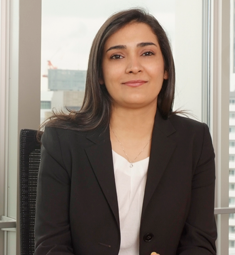 Leading specialist recruiting firms annually compile salary surveys to provide those in the industry, their clients and potential clients, a comprehensive review of global conditions and salary levels in the recruitment market.

The overview and insight into future trends enable recruiters to better support their clients and help them adapt to prevailing market conditions.

Recruiters’ clients benefit from the surveys in that they are able to determine both the current salaries that professional roles are commanding elsewhere in the market, and any changes in skill set requirements. Job seekers, meanwhile, additionally are able to assess their value in markets in Japan and other countries.

Recruiting experts Hays Specialist Recruitment Japan KK for the past six years have published an annual Asia Salary Guide as well as salary guides for the past 35 years in other regions where they operate.

The Michael Page Salary & Employment Forecast combines both quantitative and qualitative research obtained from their Japan survey of 800 employers. The leading professional consultancy’s poll includes extensive information on the professional labour market, giving the recruiter an opportunity to engage with their clients on matters besides recruitment.

According to the results of Robert Walters’ Salary Survey, the first bilingual report of its kind in Japan, cost reduction continued to be a major theme in 2012 for businesses across all industry sectors. Despite some firms streamlining functions and moving back-office and operations positions overseas, many employers focused on hiring professionals with strategic skill sets to influence business decisions and improve work procedures.

The largest foreign recruitment firm in Japan found in 2012 that the high value of the yen continued to increase the number of outbound acquisitions by Japanese firms, creating tighter competition for professionals with bilingual ability and Western mindsets among firms looking to better compete in overseas markets.

Demand increased for individuals with the ability to speak Asian languages, in addition to English and Japanese, to co-ordinate and lead teams based offshore. Hiring was particularly prevalent for professionals in senior IT and supply chain positions, who were required to manage production facilities overseas or integrate foreign vendors into their business frameworks.

In 2012, Michael Page found hiring activity was predominantly driven by recruitment for replacement roles created as employees changed positions or firms, or retired. In addition, there was some growth, due to new firms entering the market and increased hiring by Japanese organisations across all sectors.

Rachna Ratra, director of sales and marketing at Robert Walters Japan, said: “Compared with those in the rest of the world, salaries in Japan remained relatively stable, although they are still higher than the salaries in many Asian countries”.

In the gender debate, Hays reported that, despite ongoing efforts to promote a more diverse workforce, about 62% of all new hires were males. Michael Page found that in gaishikei (foreign-capitalised firms), regardless of gender, the salaries of those doing the same job or in the same role did not differ.

Hays noted that, when making a mid-career change, 33% of job seekers sought a change to advance their careers. Other reasons included: wanting a salary increase (29%); the desire to specialise in a different field (22%); a wish to improve work/life balance (22%); wanting increased benefits (13%); and a desire for more challenging work (11%).

The economic uncertainty in Japan, Hays believes, has caused a strong shift to discretionary bonuses, which employers use to reward those employees who achieve positive results in the area of business.

The finance sector continues to be unpredictable, the life sciences market is extremely strong, and domestic factors, such as changes in legislation and an ageing population, have had a positive effect on demand. 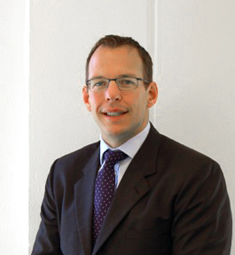 According to analysis in Michael Page’s forecast, the deteriorating EU economic situation may be benefiting Japan, as European-based firms focus on international expansion in a bid to find growth opportunities not available in their home markets.

Skills shortages are an ongoing challenge for Asian nations, as for most countries around the world. The majority of employers (94%) report that shortages potentially could hamper their operations.

Some 45% of the employers polled, up from 38% last year, said the shortages would affect them “without a doubt”. However, 68% are willing to hire or sponsor qualified overseas candidates in skill-short areas, while 52% said they have used flexible staffing approaches over the past 12 months.

In response to talent mismatches and skills shortages, employers are looking for increasingly flexible solutions to their workforce needs by using contract workers. As it becomes harder to obtain approval to employ greater numbers of permanent staff, reliance is growing on the use of contract staff. Basil Le Roux, managing director of Michael Page Japan, revealed that contract employees account for approximately 30% of the Japanese workforce and that, within gaishikei, they are increasingly being recognised as an important source of candidates.

Jonathan Sampson, regional director of Hays in Japan, said: “Last year, we saw more than half our client employers use temporary staff, while almost a quarter of those responding to its survey were using contract staff on an ongoing basis”.

In turn, Robert Walters found in its survey that mobile technology and online gaming firms were quick to recruit hands-on developers to complete projects on schedule.

When comparing employees at global firms with those at domestic organisations, the recruitment firm found that wages at Japanese firms tend to reflect employee tenure. Moreover, the trend towards globalisation has resulted in a growing number of these enterprises shifting to a Western business model based on performance.

Expat packages are largely disappearing, according to Hays. Instead, employers are offering local packages that include different incentives, such as career advancement opportunities and broader responsibility. Global firms, meanwhile, may offer a wider range of benefits, in order to accommodate a more diverse workforce. 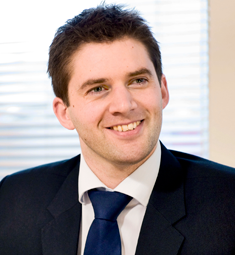 In the nearly two years since the 2011 Tohoku earthquake and tsunami, Hays has seen the job market in most sectors return to pre-disaster levels.

However, because many foreigners did not come back to Japan after having departed in the wake of the triple disaster, the dearth of talent has grown. This has led to an increased effort to attract Japanese expats back to Japan, so that they might add their international experience to the push for growth and help offset the shortage of specialist staff. Firms in Japan are also being forced to look for solutions besides raising salaries.

As Asian markets continue to outperform those of some Western countries, Hays’ Jonathan Sampson is optimistic about the outlook for the remainder of 2013. He expects the market in Japan to continue to be extremely strong for qualified professionals across all sectors, with demand exceeding supply in many. In addition, employers will need to be creative in attracting the right resources to ensure their business operations are unaffected.