The tweaks and adjustments that Japan’s financial authorities have made to tax regulations in recent years have been broadly welcomed by the industry here, and there is a degree of optimism that the new government, for all its political problems, is at least indicating willingness to consider opinions on further revisions. And when the time comes for those opinions to be shared, practitioners here won’t be slow in coming forward.

The key changes in the 2010 reforms for the industry, according to Stuart Porter, a partner at PricewaterhouseCoopers Japan, include the introduction of a group taxation regime similar to that of the United Kingdom, expansion of existing corporate bond exemptions for foreign investors; and specific changes to the controlled foreign company rules — equivalent to Britain’s Controlled Foreign Corporation regulations.

“Over the past few years there have been quite a few positive changes, including the foreign dividend exemption in 2009, and some important changes for the financial services industry”, said Porter. “The changes to the Japanese foreign dividends rules are very favourable to Japanese firms and the change was quite fast; ironically, the comparable UK changes seem to be taking around four years to be pushed through”.

More than changes in the laws, we would like to see consistent application of the regulations because a lot of what is written in there can be vague.

The changes came into effect at the start of the fiscal year, a pattern that is followed most years in Japan, and the Ministry of Finance identified the principles of this year’s alterations as “fairness, transparency and reasonableness”. 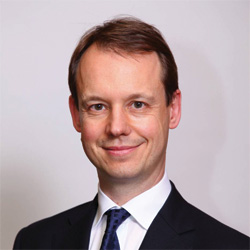 Yet the changes made here may not all be necessarily as good as they first appear, cautioned Jonathan Stuart-Smith, a partner with Deloitte in Tokyo.

“The headlines often look good, but when you read the details it’s not quite so positive”, he said, pointing to the example of regulations that reduce the risk profile of foreign funds investing in Japan.
To qualify for exemptions, he said, funds are required to submit their partnership documents to the tax authorities, including the names of their investors. Not surprisingly, not everyone is willing to meet that requirement.

“If there was one change that the authorities could make that would bring about benefits, it would be to cut corporate tax rates to 30 percent”, said Stuart-Smith. “At 41%, the tax rate is too high here. In the UK, it stands at 28%, which is comparatively high within Europe, and I would argue that lowering the rate and broadening the base in Japan by taking away all the special deductions for special-interest groups would have a very positive impact on the broader economy within two years”.

James Dodds, a partner with KPMG Tax Corporation, agrees, although the revised foreign-dividend exclusion rules have now made it easier for firms with overseas units to repatriate their funds without the previous taxation penalties. The motivation for the Ministry of Economy, Trade and Industry was greater access to the approximately ¥17 trillion of earnings retained overseas by Japanese firms.

“Some rules are difficult to apply to foreign firms because the authorities assume the firms are Japanese-owned or are part of a Japanese group, so they don’t always translate to a model outside of that”, said Dodds.

“More than changes in the laws, we would like to see consistent application of the regulations because a lot of what is written in there can be vague”.

The European Business Council in Japan agrees: “European firms continue to encounter inconsistent and arbitrary treatment from tax authorities and regulations that impede market access and growth”. The EBC Tax Committee says on its website: “[We] aim to eliminate the discrepancies in the interpretation of common tax concepts between European and Japanese tax laws, deviations in the progress of tax treaty re-negotiations between Japan and European countries, inconsistent interpretation of Organization for Economic Cooperation and Development-based transfer pricing policies, and the lack of clarity in the rules pertaining to capital gains from cross-border mergers”.

And while the new Democratic Party of Japan administration appears to be far more willing than its predecessor to communicate with the industry, some here are calling for the authorities to introduce a more open and visible lobbying process.

“The way in which the tax pro-fession in Japan interacts with the tax authorities and the government is different to the UK”, said Joachim Stobbs, a senior manager at Ernst & Young’s UK Tax Desk.

“There are more opportunities to lobby in the UK and the tax authorities are moving to more of a dialogue with taxpayers and tax advisors before they change legislation”, he said. “There are groups which consider changes with the tax authorities in Japan, and they will consult their advisors on these matters, but the process is less open.

“There is much less visibility in Japan of what is being considered by the Japanese government in terms of changes to tax”.

[greybox]US View
The American Chamber of Commerce in Japan is urging the government to exempt non-resident holders of Japanese corporate debt from Japanese withholding tax. The ACCJ also wants the procedural burdens on non-resident investors to qualify for the exemption to be eased by instituting a one-off registration system for qualifying non-resident holders of such corporate debt, and government debt. The ACCJ recommends: “A list of eligible (withholding-tax exempt) investors should be made available to the public to promote active trading of such debt instruments on a secondary market”.
Finally, as Eurobond issuances are an important source of securing global financing, the ACCJ is calling on the government to “maintain the current exemption measure for Japanese corporate bonds issued in an offshore market that are held by nonresident investors even after the exemption is enacted”.
[/greybox]

The industry makes itself available to advise specific ministries when they have questions about tax systems and detailed rules in other jurisdictions, he said, but “more certainty” would be of benefit to firms doing business across international boundaries, specifically in the UK and Japan. 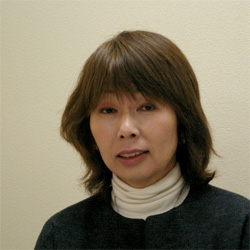 “As rules get more complex and harder to interpret, this is something that becomes more elusive”, Stobbs said. “Both countries have systems of advance clearance for tax matters, but in both they could be improved upon.

“Certainty in tax matters allows firms to know their real tax costs at any given time—rather than face uncertainty due to tax audits, the natural time-lag between submitting tax returns and having them agreed, and uncertain positions”, he added. “It allows firms to reflect their true profits and value in their financial statements and prevents the stress of prolonged periods of negotiation after the fact with the tax authorities”.

That is a problem on an annual basis, according to Hiroko Hanato, of the Okamoto and Company International Accounting Office, who points out that close to 80% of corporations with cross-border transactions admitted mistakes and were required to pay up on additional taxable income. And that figure came to ¥34.3 billion in 2008.

One area that always attracts controversy whenever it is mentioned — which has happened with increasing frequency since the economic crash — has been proposed revisions to the consumption-tax system.

Describing it as “the elephant in the room”, Stuart-Smith points out that the increase from 3% to 5% in 1997 was blamed for killing the nascent economic recovery. Former Prime Minister Yukio Hatoyama had ruled out another rate increase in the immediate future, but with Japan’s economy still in trouble and the pressures of an ageing population and rising healthcare and pension costs, the fear is that another hike is inevitable.

[greybox]Discrimination against women
The tax system should be reformed so women are not penalised by marriage and childbirth, the Yomiuri Shimbun said in March, and employers fear that many women will quit jobs because of this discrimination, causing poverty and a skills shortage.

A report in 2009 by the Organization for Economic Cooperation and Development said Japan’s redistribution of income through taxation had not substantially eased workers’ poverty.

“A Tokyo woman in her 40s works for two or more firms. Though she raises a 14-year-old son who was born out of wedlock, she is not eligible to receive a widow’s exemption, which allows ¥350,000 to be deducted from taxable income because the definition of a widow and widower in the Income Tax Law requires that he or she has been legally married in a form recognised by the Civil Code. She has to pay about ¥110,000 more in annual resident tax and public health insurance premiums than other women”, the newspaper said.

Although Japan’s income tax system is individuals-based, which is standard practice globally, it burdens some couples — affecting each person’s tax — through exemptions for families with dependent members and for people with spouses (meaning marriage) and a child. It also encumbers spouses’ working conditions after marriage.

The current system worked when husbands had jobs and women were housewives. Experts ask: why not convert the system into one that permits an allowance for single parents regardless of whether they’ve married, instead of that which provides the current tax exemption?

A tax deduction for spouses linked to how much allowance they receive from employers also discourages married women from working. Being married under the Civil Code works favourably when people pay inheritance tax but unfavourably when the self-employed pay income tax.

The Tax Commission in February vowed to make changes that many working single mothers hope will ease their burden.
[/greybox]

Realistically, an increase in the compensation tax is “inevitable”, according to many of the people interviewed for this story, and is more a matter of when, rather than if.

Another tax issue that is likely to be put forward for discussion by the government in the near future is a fundamental restructuring of the employment deduction, which is expected to be introduced in the 2011 tax reforms and will have a major impact on individuals who enjoy tax benefits that arise from “double deduction”.

For its part, the industry would also like to see the advance ruling process strengthened as well as changes in the area of the appeals process, according to Dodds, as the tax authorities win the vast majority of cases that go to appeal, meaning many firms — even if they consider themselves to be in the right — decide it is not worth going through the expensive process if the outcome is unlikely to be in their favour.