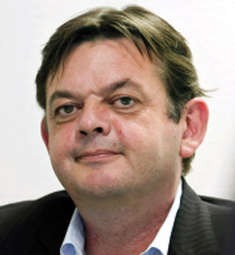 Custom Media would like to wish BCCJ members, our readers, advertisers and friends a happy, healthy and prosperous 2012, and we hope you enjoy the first issue of the year. With circulation, readership and recognition greater than ever, the editors, writers, designers and other staff at Custom Media believe that our decision to go monthly has been vindicated. We hope you agree.

Despite an economy already in freefall and other magazines closing due to insufficient revenues, BCCJ ACUMEN was launched in late 2009 as a bimonthly. Then, commencing in February last year, we began to publish monthly.

And we have survived and thrived— thanks in no small part to encouragement from the BCCJ and the British Embassy Tokyo, the generous support of advertisers, as well as valuable feedback from other readers.

As the only magazine sent to all 700 members of the BCCJ, ACUMEN enjoys a readership of about 60,000 individuals, about half of whom are Japanese nationals. Our very broad and exclusive distribution list includes the Tokyo (Narita and Haneda), Hong Kong and Heathrow airport business lounges of British Airways, Virgin Atlantic and Cathay Pacific, along with central Tokyo subscribers of the Financial Times.

The highlights of the rest of our select and growing distribution list includes: the leaders of the European Business Council of Japan, some 60% of the American Chamber of Commerce in Japan membership, the Tokyo American Club, Roppongi Hills Club, Ark Hills Club, the Tokyo Club, Foreign Correspondents’ Club of Japan, all regional offices of UK Trade & Investment in Britain, embassies and chambers of commerce of key European and English-speaking nations in Tokyo, all Diet members, and officials of Japanese government departments.

We remain strong and our determina- tion continues, despite initial growing pains, dwindling budgets and, of course, the after effects of the devastating earth- quake last March that shut us down for two weeks and left us without key staff.

We are grateful when clients and readers remind us that, in their eyes, the editorial content, design and distribution of BCCJ ACUMEN place us ahead of other Tokyo English-language magazines. But we have only just begun. Continuing to assess every issue with a critical eye, we will go on improving each next issue.

Comments are always welcome, so I invite you to contact me with ideas, suggestions for change and even complaints, so we might serve you better.