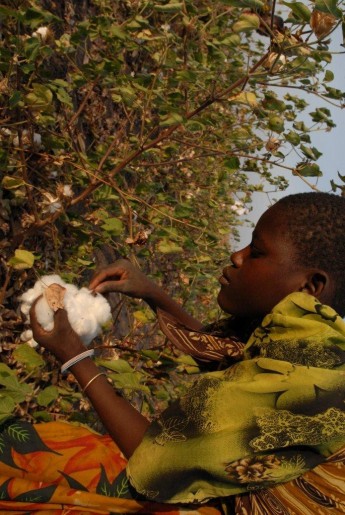 It all began on a doorstep in India. Patrick Hohmann, on a routine business trip for his Switzerland-based textile firm, Remei AG, spoke with a spinner and asked where he obtained his cotton.

When the spinner replied that it came from a trader 300km away, Hohmann said that there was cotton right there, and asked why the spinner didn’t buy it from a local farmer instead.

The pair visited the farmer.

“We asked what his yield was, what he earned, how much he paid for the chemicals he used, and how much they were subsidised. We realised he made nothing except from government subsidies for the chemicals”, Hohmann revealed.

Farmers in India, as in many other countries, grow cash crops such as cotton to earn their living. They become caught up in a cycle of using expensive fertilisers and pesticides, for which they receive government subsidies—but which never quite match the purchase price. As the integrity of the soil plummets and debts skyrocket, many farmers are driven into poverty, with some committing suicide.

To the spinner in question, Hohmann suggested organic agriculture. This would require no artificial fertilisers or pesticides, which would mean no more debt. The spinner was persuaded to try the new method of growing cotton.

Neighbouring farmers watched carefully and, at the end of the year, they asked to participate in the project. bioRe® India Ltd, the organic cotton brand for Remei AG, was born.

Since that first experiment in 1991, the number of bioRe® farmers in India has increased to 5,000. In 1994, a similar programme was started in the United Republic of Tanzania, in East Africa, with more than 2,500 participating farmers.

There have been challenges. The Indian spinning mill the growers used went bankrupt, leaving the farmers nowhere to take their cotton. bioRe® took over the mill. Wet and dry years meant diseases and pests, making farmers want to spray their crops. bioRe® thus had to test every shipment to ensure the organic standard had been met. Then came genetically modified organisms (GMOs).

Between 2002 and 2008, GMO cotton seeds became standard in India. Seeds containing genes from Bacillus thuringiensis, a naturally occurring bacterium, made plants resistant to many pests, including the bollworm. For farmers, it represented higher yields, fewer insect problems and less spray. For Hohmann, GMO crops, the antithesis of organic produce, represent an impending crisis.

Despite the difficulties, Hohmann believes this is the best solution. If the cotton isn’t organic, it won’t meet bioRe®’s standards and Remei AG can’t buy it. That means the growers won’t get their premium, bioRe® doesn’t have a product to sell, and Remei AG can’t trade or manufacture anything.

The farmers, bioRe®, and Remei AG are all subject to the ideal: organic agriculture. If they veer from this, everything crumbles. bioRe® has only strengthened Hohmann’s conviction that organic agriculture is the right way forward.

“When we started, we asked people what was good [about organic agriculture]. And they said ‘My fingers are not red anymore’ and ‘I can breathe better’. However, one girl said: ‘My parents are not fighting anymore’. I realised they were not fighting because they were not in debt”, Hohmann explained.

The benefits extend further: soil, water, and other fields all improve, while organic wheat and soy, India’s other two cash crops, draw a pretty penny. Farmers still work hard, but there is more energy left for family, school and community. They also have pride in their work. This is Hohmann’s other great harvest.

He makes it very clear, however, that the programme is not aid, but simply a helping hand to assist people to get going again. 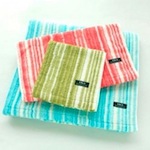 Hohmann’s vision is so beautiful that he smiles broadly as he shares it. “I’d like to see valleys of organic agriculture. Not many farmers, but many valleys. Valleys mean you are developing surroundings. People can join you”, Hohmann said, giving a description so vivid that one can easily imagine the rosy sunset and a valley below, green with farms. The earth, it seems, is smiling back.

Please email us quoting BCCJ ACUMEN for all information and orders, and to receive bonus points: info@ecotwaza.com