It’s only when disaster strikes and technology fails—such as after the 11 March earthquake and tsunami last year—that we realise how dependent we are on technology. Kanto firms in many industries now better understand the importance of improving back-up plans to prepare for disaster.

“Fortunately, our Tokyo headquarters is in a building specifically designed as a business-continuity planning site for a financial institution, so it is one of the safest buildings in the city”, said Peter Jedrey, vice-president for marketing at KVH Co., Ltd. “Since the building has seismic isolation, we didn’t feel the full extent of the earthquake and aftershocks, but we certainly knew that something abnormal was happening”. 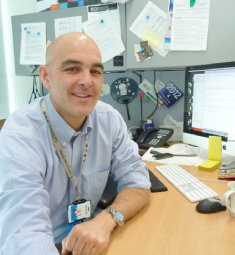 Like all firms mentioned in this article, KVH immediately acted to locate and ensure the safety of staff and their families. The next priority was to contact clients.

“We are fortunate in having architected our systems, infrastructure and buildings to be highly resilient and we, therefore, suffered very limited customer impact”, said Jedrey. “The most serious customer issues related to cable systems that land on the east coast of Japan and which were partially destroyed by the tsunami.

“Second, with the scheduled power outages in greater Kanto, we experienced an increase in demand for data-centre space to allow customers to move key equipment—from in-house facilities or non-power redundant data centres—to a centre that can withstand prolonged power outages”.

The firm’s systems had worked as planned, but it was realised that remote access capabilities were inadequate to support a high number of remote workers, while there were also issues with mobile phones because the carrier was unable to handle the volume of calls.

KVH is now introducing a new internal virtual desktop solution that gives all employees access to their desktops and KVH systems from anywhere and on any device. The firm also now has a better document-management system, office satellite phones, and emergency smart phones from an alternative provider for executives.

JLD Asia helps businesses in the region replace outdated business software with cloud products and was delighted to see that the internet remained “rock solid” throughout the disaster because customers’ data was safely stored in the cloud, rather than at risk in their offices.

“Despite a magnitude-9 earthquake, the great Japanese internet infrastructure remained in place, allowing cloud technologies to keep clients connected to their business operations”, according to Baptiste Bassot, senior consultant with the Asia branch of JLD Technologies Ltd. 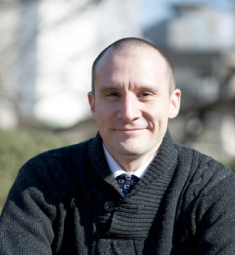 “Regardless of the state of their offices or manufacturing operations, employees who were able to secure themselves and return to normal life could continue to perform their duties from any location with an internet connection and a laptop, or even an iPad or iPhone”, he said. “Had there been a loss of connectivity, at the minimum the companies could be reassured that they had not lost their data due to the collapse of the infrastructure or the forces of nature”.

JLD Asia, meanwhile, has moved the rest of its internal systems to the cloud, and is constantly monitoring for fail-safe and back-up systems. Internal processes are also much more flexible in terms of location, time, remote working and so on, while the firm is trying to develop an “ecosystem of partners and customers, because a network is more resilient than isolated entities”, Bassot added.

Multi-lingual IT services and management firm eSolia Inc. was also quick to swing into action, according to CEO Rick Cogley, instituting a huge number of health checks of clients’ systems, even when that required walking to the customer’s offices.

“We learned that every single operation needs to consider exactly what happens in a disaster, including that phones don’t work and even that you can’t get to the disaster recovery site on which you are spending so much time”, Cogley said. “We believe that flexibility in policy is the key, so that end-users can get their work done by any means available, such as sharing files on a service like Dropbox or exchanging messages via Twitter”.

The firm is reviewing all its operations—including the Information Technology Infrastructure Library and the COBIT framework for IT management—and has started a programme of backing up key data to multiple offsite locations.

“These framework processes and controls help us reflect and examine our operations and fix the weak areas, while reinforcing the message that our strong areas are indeed strong”, Cogley said. 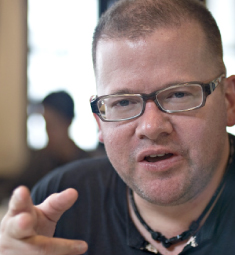 Real-estate management firm Tokyo Tatemono is reconsidering its operations in the areas of power and emergency supplies. Clients are also expressing more interest in the safety of properties, the firm has found, along with requesting details of secure electricity supplies and other elements of a BCP.

One of Tokyo Tatemono’s newest properties is Nakano Central Park, which incorporates damping technology and a seismic-resilient structure. During and after a disaster, toilets have been designed to flush without electricity and battery systems are available on each floor. The building is also adjacent to a park that has been designated the local safety-evacuation area and has a disaster-management facility with solar panels and toilets.

Crown Relocations has always aimed to be on top of technological change, striving for maximum efficiency and customer satisfaction. Over the past few years, its systems have been redeveloped from the ground up for both its relocation and records management businesses, becoming the robust backbone of the operation and the platform that its offices share globally today.

“It goes without saying that we have stringent backup protocols, locally and regionally, to guarantee the integrity of our data and that of our clients”, said Craig Harrison, director of client services.

“From another angle, the 11 March earthquake could have had more serious consequences for us, since our key reliance is on transportation”, he said. “So many things could have gone wrong—damage to our vehicles, roads impassible, shortages of fuel—but that’s just the nature of our business, and a challenge in the face of any natural disaster.

“All staff were accounted for within one hour of the earthquake, but it did highlight the need for additional and alternative methods of communication.

“Technology is what keeps us all connected”, Harrison emphasised. “In late 2011, the Crown Worldwide Group launched a new mobile platform, for use with tablet devices, that is now being implemented in Japan.

“We’ve been able to revolutionise the home-survey process and create real business efficiency and value for our customers and Crown”, he said. Used by the firm’s home surveyors, a detailed inventory can be reviewed and provided on-site to ensure precision; images and measurements are captured for items requiring tailor-made crating or special care; relocation processes are presented graphically to provide reassurance and peace of mind; on-line mapping technology assists with potential access issues at destination; an audio feature records specific customers’ needs and Crown’s commitments, giving an accurate calculation of volume and weight.

“In short, the new system eliminates as much stress to the customer during a time of transition and speeds up communication—a definite comfort during a time of crisis,” he added. “The tool has not only transformed the way in which the industry operates, but also supports the multitude of communication applications that you would expect from today’s devices, either via 3G or Wifi, enabling us to maintain contact with our mobile work force should a crisis occur”.

The earthquake and tsunami damaged a number of domestic long-distance communications cables, underlining the importance of having an inbuilt capacity to cope with a major natural disaster, according to an industry insider who requested anonymity.

Trans-Pacific traffic was rerouted through a channel transiting Osaka, so that internet services were not disrupted, although data network services for corporate users were temporarily out in some areas. All those cables—including the submarine links—had been repaired by the end of August.

Only the month before the disaster, Computec Engineering had introduced a new product, SkyGateway, that integrates office phones with Skype. The firm found it a huge help in locating and confirming the safety of staff, John Lemkuil said.

Other technology proved vitally important over the following days, including Cisco’s Softphone system, which allowed the firm’s receptionist to answer office phones and transfer them to any employee’s home, even while the receptionist was also at home. Clients, meanwhile, were assisted in transfers to offices in western Japan or even overseas, and server-room batteries and generators were increased to prepare for potential power outages. The response to the disasters of March 2011 from all sectors of the British community in Japan—corporate, charitable and individual—has been phenomenal. “We don’t just want to give communities money; we want to get them going again.”