“Ms Jane Best, in recognition of your outstanding contribution to supporting refugees and those displaced by conflict, Her Majesty The Queen has appointed you to be an Officer of the Most Excellent Order of the British Empire”.

Thus began the official investiture of Jane Best OBE at a special ceremony in the British Embassy Tokyo on 17 June. British Ambassador to Japan Tim Hitchens CMG LVO expressed his joy at giving the award, which is usually presented by the Queen or other Royals in London.

Best was recognised for her work with Refugees International Japan (RIJ), at first as a volunteer international funding director, and from 2006 in the capacity of president and CEO. She was praised for developing corporate sponsorship, fundraising and refugee advocacy initiatives.

RIJ aims to help people in Africa and Asia who, as a result of conflict, have been displaced and lost everything. The award recognises the important role that Best has played, and continues to play, on behalf of the organisation, both in Japan and further afield.

“You demonstrated that displacement internally in Japan [following the Great East Japan Earthquake and Tsunami] needed to be taken as seriously as in overseas countries affected by war.

“Your work overseas and in Japan has played a very positive and influential role in generating a better understanding of corporate social responsibility in Japan and globally”, said Hitchens.

Best was delighted to receive the investiture, and have her friends and colleagues with her to celebrate the occasion.
“The award is a tremendous endorsement to the work we do at RIJ. I am thrilled that the work has been recognised in this way”, she said.

“I hope my good fortune will bring opportunities to others. Many thanks to everyone who helped me achieve it”.

Best’s sensitivity and positivity, even in the face of harrowing circumstances, is a support to volunteers of the charity, said Hitchens. Her personal dedication, as well as her strong and inspirational commitment to international development, was also commended.

“This honour is a mark of our respect, and our thanks, for your tireless efforts”, Hitchens said in closing. 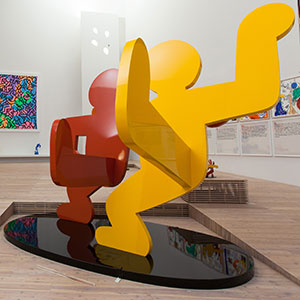 Putting art on the map 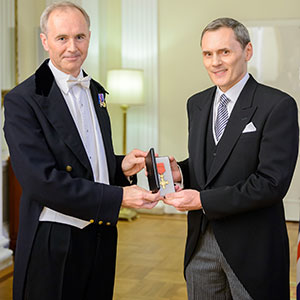 Award made for services to life-sciences industry