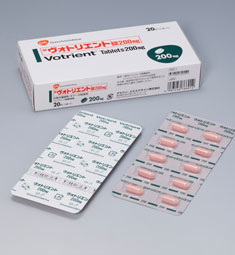 While medical science has made astonishing progress in improving our quality of life and eradicating severe illnesses, many serious diseases are still awaiting cures.

True, there has been a string of breakthroughs in cancer treatment over recent years, and a lot of promising research is under way. Yet cancer remains a leading cause of death among populations, including in Japan.

It is said that about one-third of Japanese will be affected by cancer at some time. This makes the disease a problem with both medical and social dimensions.

Although researchers work tirelessly to come up with cures, and pharmaceutical firms launch new drugs on the market, effective and safe cures remain largely elusive.

The fact that cancer originates in the host body makes the disease extraordinarily difficult to prevent and cure. For many years, the treatment has involved use of cytotoxic drugs—medication that kills not just cancer cells but healthy cells, too. The outcome can be serious side effects.

But there is hope in the form of tailor-made drugs, which only target the cancerous cells.

These have the potential to be safer than conventional drugs, since they leave non-targeted cells alone and eliminate only problem cells. However, the effectiveness of these drugs is limited, as they can cure only a few specific cancer types.

Some of the latest therapies are extremely specific, targeting certain molecules on the surface of cancerous cells.

GlaxoSmithKline K.K., the Japan subsidiary of the GlaxoSmithKline group (GSK), is one of the firms active in the fight against cancer. GSK is fully engaged in the development of new anti-cancer drugs, and since 2007, the firm has launched five drugs in the area of oncology.

The firm is also keen to develop treatments for diseases with small patient populations. Of the firm’s seven oncology drugs currently being marketed, five are orphan drugs, those used to treat rare medical conditions.

For example, they treat cancers—such as chronic lymphocytic leukaemia and soft tissue sarcoma (STS)—for which no treatment was previously available.

The firm’s Arzerra was launched in Japan last spring as the first antibody drug to treat chronic lymphocytic leukaemia (CLL). This is a rare cancer of the blood and bone marrow, and the number of patients in Japan is estimated at around 2,000.

As there have been no drugs specifically aimed at curing CLL, therapy options have been limited. The drug’s launch in Japan came after a patients’ group petitioned to have it developed.

The disease causes tumours to form in soft tissues such as fat, muscle, nerves, blood vessels and other connective tissue. Votrient inhibits the growth of blood vessels involved in the tumour growth.

Given that no treatments for STS had previously existed, Votrient is hoped to make some big inroads in Japan. According to Japan’s Ministry of Health, Labour and Welfare, about 3,000 people in the country suffer from the disease.