This year’s British Chamber of Commerce in Japan’s (BCCJ) British Business Awards (BBA) is fast approaching, but it’s not too late to join as a nominee, nominator, sponsor or guest. On 11 November, members of the dynamic UK–Japan business community will gather for a gala evening of delicious British cuisine and beverages, UK-inspired entertainment and coveted awards presented by Ambassador to Japan Tim Hitchens CMG LVO at the spectacular Hilton Tokyo hotel in Shinjuku.

This year’s BBA theme is DRIVE, which runs through the entire event, representing the pace, determination, and progress demonstrated by all participating firms and individuals.

Above all, the BBA is a rare chance to showcase, recognise and celebrate the special work of peers who are making significant contributions to the business, social and cultural links between Japan and the UK. To truly acknowledge the talent, innovation and success of firms and individuals working within the UK–Japan sphere, nominations for the BBA are essential, and thankfully there is still time to highlight those worthy of recognition.

You can still nominate firms and individuals—including yourself or your own firm—for these six categories:

Company of the Year

All nominations must be received by the BCCJ before 5pm on Friday 28 October using the appropriate forms on the BCCJ website.

The winners are decided by five independent judges from different industries, including past winners, leaders and senior experts:

Each winner gets a hand-sculpted marble trophy presented by Ambassador Hitchens at his final BBA before leaving Japan.

You gotta be in it to win it

Just being nominated for an award generates substantial publicity for candidates, strengthening brand awareness and credibility in the process. Actual winners will find themselves in good company—previous BBA recipients include GlaxoSmithKline, Hitachi Rail and, of course, Custom Media, publishers of BCCJ ACUMEN.

There are other ways to contribute to the event. Sponsorship opportunities are still available, for example by donating quality promotional items for the goody bags that will be given to attendees, as well as raffle prizes.

Naturally, tickets for this prestigious event are in demand, with 214 of 300 seats available already sold. Please contact the BCCJ to book seats or tables as soon as possible.

Previous winners attest not just to the value of securing a trophy, but also of attending, too.

“[The BBA] was a great chance to meet new people with ambitious goals”, said Junko Kemi, founder of Kay Me International Ltd. and 2015 BBA Entrepreneur of the Year. “I was inspired by many of the people I met at the ceremony and it gave me extra energy the following Monday. I think we can all benefit from sharing ideas and seeing each other succeed as a strong group”.

And the benefits of winning an award extend beyond the giving a lift to the successful firm’s image—they boost employee morale, too.

Philippe Fauchet, CEO of GlaxoSmithKline Japan said: “We won the Company of the Year BBA and we are very proud of it. Winning this award for us is recognition of our team’s effort: it’s not only a few people, but a team effort, which has been received gladly by our employees”. 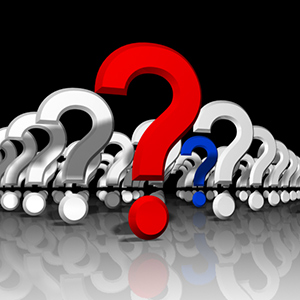 Who are BCCJ Honorary Members?