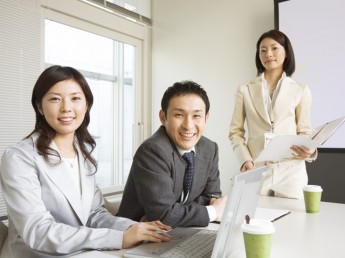 “Leadership” and “Japan”. Using these two words in the same sentence in conversation among expats often arouses a wry chuckle.

When you dig a bit deeper and ask for examples from the ranks of salaried leaders of big corporations, invariably the silence roars at you.

What is needed to produce an impressive next generation of salaried Japanese business leaders to rank up there with the entrepreneurs?

Yogi Berra (a former US Major League Baseball manager) nailed it when he said: “Leading people is easy; it’s getting them to follow you that’s difficult”.

“Engagement” is a word that gets tossed around rather cavalierly, but it really describes a willingness to be held accountable and take responsibility—two traits usually avoided like the plague by the Japanese salaried masses.

The last staff engagement score I saw for Japan averaged 27%—not a great corporate leadership achievement. So how do we engage the current generation to create future leaders?

The Japanese comfort zone is rather deep and wide. Japanese people are pretty much a risk-averse tribe and have boiled many of life’s challenges down to a small risk-free zone.

Getting people to challenge themselves means getting them to step out of that comfort zone, take on risk and push for higher outputs, by doing something completely new or doing the usual things a bit differently.

The reason this doesn’t happen easily is twofold: management and reward systems.

Management in Japan is archaic for the most part. In the post-bubble era, on-the-job training has been reduced to a sad remnant where the blind lead the blind. Supervisors—those with super vision?—dispensing orders is the norm.

Hierarchy, age and gender play a role in ensuring the opinion of a young, female, new entrant to the firm is not valued by anyone in traditional management.

This is intriguing, because depending on the business, she is often closer to the customer in age, trend and outlook than anyone else in the firm.

Thus, managers seeking opinions from those below is a missed opportunity. Increasingly, many foreign multinationals see the gap and want to introduce this approach into their management. Expect resistance!

Sajeeve Thomas, when appointed to create the retail services sub-group at Shinsei Bank, Limited requested 100 staff who “could think” to form a task force. They would be the game changers, out-innovating the Japanese megabanks.

The legacy Japanese management team dutifully complied with his request and assembled their 100 “thinkers”—uniformly dull, senior, grey-haired bankers. Not one woman or person under the age of 50 was among the group.

Sajeeve created shock waves in the bank by immediately rejecting them all.

After some serious arm-twisting, he was able to assemble a diverse group. They pioneered many of the services in retail banking that consumers take for granted today—which, by the way, the Japanese megabanks resisted to the bitter end.

Japanese supervisors are usually all card-carrying members of the “Tough Love School of Management”.

They make criticising, condemning and complaining a sacred art. The only problem is that the next generation is in increasingly short supply and is totally disinterested in being subjected to this leadership relic and curiosity.

The term dai-ni shinsotsu (second-time graduate) refers to a firm’s new entrants who jump ship after three or four years to look for another job (now over 40%).

This is after the firm has poured time and money into educating them, yet it receives nothing back except additional costs to replace these employees—usually calculated at 1.5 times their salary. This is what managerial “tough love” gives you—a big headache!

Rewards are normally thought of in terms of bonuses, salary increases and promotions. All have their place, and are important in recognising those who are prepared to challenge the old to create the new.

What other less expensive tools are available? How can managers arouse in salaried staff an “eager want” to get behind the firm’s initiatives?

Interacting with the team in a friendly way would be a big help. However, Japanese people are at a bit of a disadvantage here on the smile front.

Being a fairly serious race, the difference between looking majime (serious) and looking angry is slight, to the point where others often are not able to distinguish between the two.

Research has shown that when the words and the delivery are not congruent, we opt for what we see (93%) rather than what we hear. Thus, how we say it is more important than what we say.

Try getting managers to “begin in a friendly way” with their staff and see the results and impact on engagement. The cost: zero!

“We own the world we create”, so how do we get the troops to engage with the execution of the firm’s policy?

Getting those reporting to you to do what you want, by having them come up with the idea themselves, has a degree of subtlety that escapes most Japanese managers, who find giving orders and whining much easier. Can your managers come up with ideas or are they having a constant whine party?

Managers everywhere neglect to give honest, sincere appreciation. By the way, “hey, good job”, is pathetic, totally meaningless praise. Reflect for a moment—have you ever heard these fateful words of recognition?

Instead, we need to refer to exactly which part was done well, making the praise sincere and credible.

All Japanese people come equipped with a tatemae (superficiality) metre that is precision itself—they can spot fake praise from a thousand paces and facing backwards!

Managers need the skills to make their staff feel important and know how to do it sincerely. These are the rewards that people want, but are usually denied. Money alone is not enough and the cost of recognition: zero!

If creating engagement in an organisation could be reduced to an equation, it might look like this:
managers’ communication skills x staff comfort zone expansion activities = sterling next-generation leader securement.