Sir David has been a huge supporter of ACUMEN since kindly hosting its launch party at the British Embassy Tokyo in December 2009, and has occasionally written articles for the magazine to mark special occasions.

Please tell us about your future plans.
I shall be taking a holiday! I have to speak in Canada at a conference on Asia and when I get back to the UK, I’d like to undertake some visits to companies to bang the drum for the Japanese market among British firms.

I shall probably retire from the Foreign & Commonwealth Office in January.

I am looking forward to taking over as chairman of the Japan Society of the UK, a friendship organisation with a lot of activity among business networks and in educational programmes. So I am going to maintain close links with Japan over the next few years. 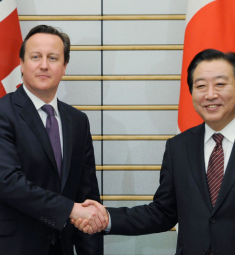 Further plans are unclear at the moment!

What were the highs and lows of your tenure here?
The major event has to be the earthquake and tsunami of March 2011.

It was an immensely distressing experience, and none of us who went to the affected region soon after the disaster will ever forget the appalling devastation that we saw, or the extraordinary courage and resilience of the people whose lives had been destroyed in this way.

Virtually everything else I’ve done over the past four years pales into insignificance.

Who are some famous visitors to the embassy that you particularly remember?
The overwhelming majority of people I’ve met have been a pleasure to deal with, both Japanese and British. 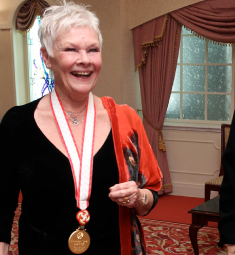 Dame Judi Dench attended a reception at the British Embassy Tokyo after receiving a Praemium Imperiale award, in October 2011.

It’s great to have so many people visiting Japan who are genuinely engaged with, and interested in, this fascinating country. So many prominent Japanese, from every walk of public life, love the UK and want to see the relationship grow.

The great thrill for my wife, Pamela, and me has been to meet some of the people we’ve admired from afar over the years, particularly in the arts and theatre, like Judi Dench and Tom Stoppard.

I was able to tell Tom Stoppard that Pamela and I had indeed met, onstage, acting in one of his plays, in Kenya in 1988!

To meet so many famous artists—everyone from Yoko Ono and Simon Le Bon to Meryl Streep and Alfred Brendel—what a privilege!

How is the Japan–UK relationship today?
I think it is very strong.

We are continuing to see major Japanese investments in the UK, such as from Nissan Motor Co., Ltd., Honda Motor Co., Ltd. and Hitachi, Ltd. in recent months.

We are still seeing an enormous amount of British business interest in the Japanese market. Prime Minister David Cameron’s visit to Tokyo in April—the first visit at this level since 2003—was of enormous significance. 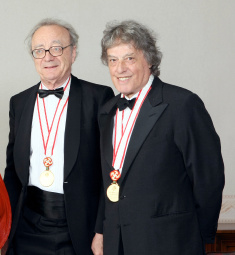 It was a disappointment that we were not able to sell the Eurofighter Typhoon. It was always going to be tough, but I really thought that we were in with a chance.

Our focus now is on opening up free trade negotiations between the European Union (EU) and Japan. This could expand the level of trade dramatically.

For the EU not to take this opportunity would be a major misjudgement. But this will mean that the Japanese have to tackle the problems of excessive regulation, which stand in the way of foreign companies doing as much business in Japan as they should in what is still the world’s third largest economy.

After March 2011, one key question for Japan is how to ensure it has the energy it needs while still being one of the lead countries in tackling climate change. Both providing Japan with its energy and doing so in a low-carbon way are economic opportunities for the UK.

I should also like to have made more progress on other issues which are of concern to people in the UK: for example, Japan’s ratifying the Hague Convention on Child Abduction, and the death penalty.

How about Japan’s bid for a permanent seat on the UN Security Council? 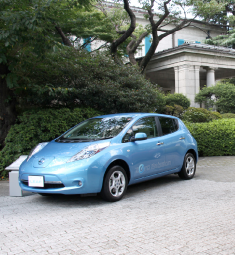 This is still a priority for us. Japan is a progressive, democratic country with an enormously important role in the world, and we think along very similar lines on nearly all the major foreign policy issues.

Reform of the UN Security Council is overdue and, when it happens, there must be a permanent place for Japan, which has the potential to make a major contribution to the management of world affairs.

What will keep the new ambassador most busy?
I would say this even if I were not being interviewed by ACUMEN—trade and investment is at the heart of the relationship. The links between the embassy and the BCCJ are fundamental in advancing these connections.

Pamela and I have met my replacement, Timothy Hitchens, and his wife Sara in the UK. We know just how much they are looking forward to returning to Japan and working with British companies here to promote the UK as actively as possible.

I also know that Tim is going to be, as they say, a hard act to precede!

I hope BCCJ members will be able to give him all the support they can as we take the relationship to the next level. And I hope you will not forget to put me on the ACUMEN mailing list, so I can keep up-to-date with Britain in Japan!

We will, David. Good luck and thanks for the generous support you have given ACUMEN and the BCCJ. 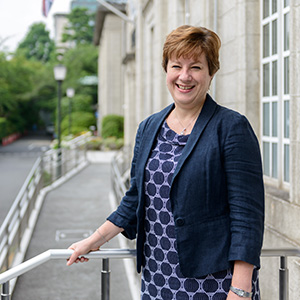 Reflecting on five years at UKTI