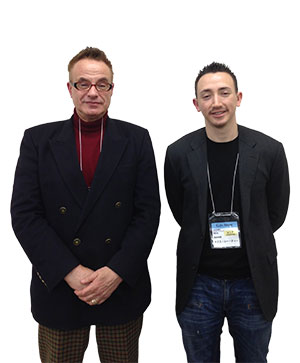 It’s hard to miss Brian Gregory. He’s tall, broad at the shoulders and constantly wears a similarly broad grin. But it’s his natty line in suits that really make him stand out from the crowd. Today, he’s wearing a purple-and-green checked jacket over a green jumper.

“I’ve never been a conformist”, he says, recounting a tale from his youth, when he used to share a house in Harrow, London, with a cousin of Elton John. They regularly borrowed from the pop star’s famously eclectic wardrobe before going clubbing.

Gregory’s life has always, it appears, been colourful.

“I first came to Japan in 1976 for a two-month holiday because my brother was here with IBM at that time”, said 65-year-old Gregory. “I never intended to stay, but at the end of those two months it just made sense not to go back.

“Tokyo was different enough to be interesting, but not too difficult to get by in, and that’s true today as well”, he said.

“It has a good balance between East and West, but I soon moved out of Roppongi—which was even then the area where foreigners lived—and I got myself a small tatami-mat room in Shinjuku”.

Born in Edgware, Gregory grew up in East London and had a stall in Petticoat Lane where he sold used clothing at the tender age of eight.

Fresh out of school, he joined the Bank of China and was issued with a copy of Chairman Mao’s Little Red Book on Communist philosophy and a lapel pin bearing Mao’s image.

Gregory soon developed a love of travel and flitted with friends around Europe, from the French Riviera to Italy and Denmark. February of 1968 saw him in the French Alps for the Winter Olympics.

Back in London and bored with life as a stockbroker, he joined a travel agency and was able to marry his passion for travel with earning a living. Still in his early twenties, Gregory set up an advertising agency, managed the Ghanaian pop band Osibisa, and ran a service delivering potatoes and eggs.

Once again succumbing to wanderlust, Gregory arrived in Japan and quickly gained an appreciation for a country that has been his adopted home ever since.

“When I first arrived, you could go for a month outside Roppongi and not see another foreigner, and none of the signs were in English”, he said. “It wasn’t always easy, but it certainly made things interesting. And even today, this is an interesting city”.

After a crash course in Japanese supplemented by a number of diverse part-time enterprises—translating computer manuals, growing shiitake mushrooms, helping a firm develop an early flash-freezing technique for seafood products—he worked for a small trading business dealing in food exports.

Sensing that there were more opportunities in imports, Gregory teamed up in 1983 with the chairman of a construction firm who was looking to diversify. He was soon raking in monthly sales of ¥50mn.

In those days before the Internet, much of Gregory’s business was done through mail order catalogues. He diversified into manufacturing and the fashion sector, importing Armani products, for example, before Europe’s fashion houses realised the opportunities that existed in Japan.

Gregory finally went solo in April 1989 and set up SCT Inc., working by himself from his home in the Nerima district of West Tokyo before opening an office-showroom in Aoyama, Minato Ward.

Today, the office is back to within walking distance of the family home. His wife, Keiko, does the accounts and his daughter, Carianne, works as an auditor for Philip Morris.

Gregory’s son, Justin, joined the family business after a promising professional baseball career was cut short by injury and has been working alongside his father for five years now.

“He is a real asset to have around because he thinks from a different perspective than his old man, who may be a little stuck in his ways”, Brian said.

“Distribution systems are changing and I think that young people are more able to adapt to those rapid changes and to take better advantage of new technologies in this area”, he added.

“These are the sorts of skills that he is bringing to the company, as well as a good eye for new products and business opportunities that are relevant to the times”.

Brian expects that 29-year-old Justin will one day take over the firm, but he believes that he will inevitably make his own business decisions. These might take it in a different direction, with new products and services in the future.

“It’s up to him where he wants to take it”, Brian said.

Providing industrial-use ink-jet printers for paper mills are a major component of Gregory’s business, although SCT Inc. also imports fertiliser for around 300 golf courses across the country and in South Korea.

The firm also imports fashion brands, skincare and cosmetics products, as well as accessories for mobile phones, while it exports for a number of large toy firms and Abashiri Okhotsk Blue Ryuhyo Draft.

In addition, it provides licensing for a number of businesses, including Rover and, in the past, represented Royal Mail.

“I don’t consider myself to be an entrepreneur as that suggests to me someone who really has a dream of something that they want to do and they set out to do it”, Brian says with a shrug. “My career has always been more about making a living, paying the bills and putting the kids through school”.

Just never expect to see him in a grey suit. 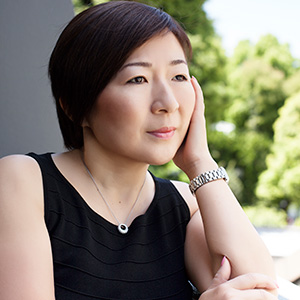 Helping firms to enter and expand in Japan