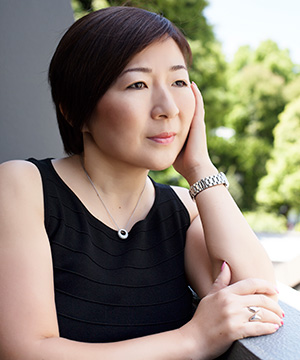 Noriko Silvester is the founder and managing director of Candlewick.

Global retail chains have famously failed to flourish on Japanese soil. Billions of yen have been spent by corporations such as Boots, Tesco, Carrefour and Walmart in largely futile attempts to crack the Japanese market. What are they doing wrong?

One woman, Noriko Silvester, sees it as her mission to help foreign firms appeal to the notoriously fickle Japanese consumer. Clients of Candlewick, Silvester’s PR, marketing and brand consultancy, range from Ikea to the New Zealand beef and avocado industries to Garrard, jewellers for the British royal family.

“Foreign companies coming into Japan must consider that Japanese companies have supply chains that have worked together for hundreds of years”, Silvester told BCCJ ACUMEN. It is also very hard to compete in a saturated market that entices consumers with new seasonal variants every few weeks.

“Japanese retail is superb”, she said. “You have to offer something different”.

The task may be daunting, but Silvester’s 18-strong all-female team has proved so successful in the 11 years since Candlewick’s launch that the firm is about to upgrade to larger premises near Omotesando Hills.

Silvester said one of her recipes for success is to employ working mothers.

“When you have a small company you have to be very efficient”, she said. “Working mothers are very good at fitting a lot of work into a short space of time, because they have to leave on time”.

By contrast, men—who, in Japan, are not expected to get home to make dinner—suffer from mission creep.

“Something I observed when I became an employer”, she said, “was that men can sometimes stop working and stop thinking for extended periods of time. And that is not great for productivity in a small company”.

Silvester, who has a 15-year-old son, attributes part of her success to the support of her husband. “I had an advantage because I married an Englishman”, she said. “I have to contribute to the family finances, and we split the house chores equally”.

She began her career as a trainee bilingual secretary on leaving school in Tokyo. When one of her bosses asked her to help the sales team by making cold calls in English, she was inspired.

“After that I felt that I didn’t want to spend my career arranging lunches for other people”, she said.

In 1986, aged 25, she left the position to work as a sales agent for a cosmetics firm, travelling the country for eight years and establishing regional salons.

“I spent a lot of time crying in hotel rooms”, she said, “but I proved I could build businesses up from scratch”.

After eight years, she left to work in recruitment. One client was British high street pharmacy chain Boots, which in 1997 launched its ill-fated mission to crack the Japan market. Struggling to find her client a good sales trainer for its skincare range, she applied for the job herself, and got it. Three years later, shortly after she returned from maternity leave, Boots abruptly closed its doors.

According to Silvester, the firm made two crucial errors: they failed to anticipate how long it would take to get their own-brand medicines approved in Japan, and they wrongly positioned themselves as a luxury brand.

“They chose the best locations, but that meant they were seen as premium stores, and they couldn’t compete with convenience stores where you can buy over-the-counter medicines along with a newspaper”.

Finding another job quickly, as a brand manager for a Swiss skincare firm, Silvester left her one-year-old son in Tokyo to travel to Switzerland. “After a year, the shareholders decided to stop overseas expansion”, she said. “I was very shocked that this would happen again”.

She vowed that, in future, she would control her own life. In 2002, she became a freelance marketing consultant with one cosmetics client. Business thrived, and within a year she had founded Candlewick with the aim of “connecting global brands to the local market”.

“No matter how thoroughly foreign brands research Japan, the Japanese mentality and habits are very difficult for foreigners to understand”, she said.

Silvester now intends to double the size of her business. Her staff, who have young children, leave the office before 5pm, only working late in preparation for a big event. Family-friendly working hours are, she said, “the key to happiness”.

According to Silvester, life is getting easier in Japan for women who wish to work after having children. “My message to young women is to keep your ideal lifestyle in mind and don’t give up trying. Many more husbands are supporting their children now. So as the generations change, Japan will get better”.

Whether it will become more accessible for foreign firms remains to be seen. 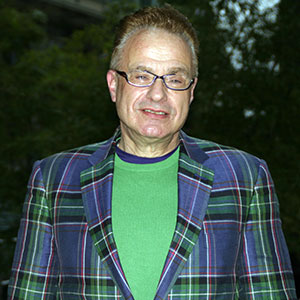 Finding gaps in the market