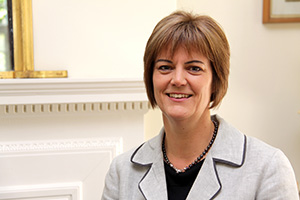 Julia Longbottom, deputy head of mission at the British Embassy Tokyo, spoke at a healthcare forum.

To say that Japan needs immigration is an understatement. With a shrinking and rapidly ageing population, the world’s third-largest economy is already facing a labour shortage that will soon become severe. Healthcare is one of the industries that will be worst affected—so why is it still so difficult for foreign medical professionals to work in Japan?

Foreigners in Japan account for only 1.6% of residents, a proportion that is gradually increasing, as is the number of tourists: 13.4mn last year, with a target of 20mn by 2030. However, Japan’s poor levels of English, and the relative difficulty of learning Japanese, impede integration.

According to a 2014 English proficiency index produced by EF Education First, a leading private international education firm, Japan was ranked 26 out of 60 countries. This language barrier makes access to healthcare a serious problem for non-Japanese speakers.

At a forum on 25 February organised by the Ministry of Foreign Affairs, the International Organization for Migration (IOM) and Katsushika City, entitled “Foreign Nationals and Foreign Human Resources in the Field of Medical Care”, Yasuhide Nakayama, the state minister for foreign affairs, said that, with “more foreigners and more elderly people, medical issues become very important” and promised to consider “foreign human resources”.

Dr Khaled Reshad, an Afghan doctor in Shimada City, Shizuoka Prefecture, told the Tokyo forum that his area was experiencing a shortage of doctors. The number of foreign residents was growing, he said, and language was becoming “a severe problem”.

The issue is particularly acute in the field of elder care. Nearly 40% of Japanese people will be over 65 by 2050, by which time the population will be falling 1% a year. Within 10 years, there is expected to be a shortfall of 300,000 careworkers.

In 2008, the government agreed to admit limited numbers of carers and nurses from the Philippines, Indonesia and Vietnam. There are currently more than 2,300 of them in training in Japan, but they must return home if they fail an exam in Japanese—which currently has a pass rate of 10.6% for nurses and 36.3% for careworkers.

Japan regulates foreign medical professionals under a series of bilateral treaties, including one with the UK that dates back to 1964. According to the British Embassy Tokyo, there are only five British doctors working in Japan, compared with 58 Japanese doctors working in the UK.

“A Japanese medical licence is accepted in the UK”, said Julia Longbottom, deputy head of mission at the British embassy. “They only have to pass a standard English language test, which takes less than a month to process on average”.

One British general practitioner, who began an application to work in Japan in March 2014 told BCCJ ACUMEN, “I had to get about 30 forms professionally translated and then re-translated back into Japanese, at a cost of about £1,000. The certificate they gave me when I passed the medical exam was in Japanese. Maybe I should have asked them to translate it”.

The doctor, who prefers to remain anonymous, holds a degree from a well-known UK medical school and two internationally recognised postgraduate qualifications, the MRCGP and MRCP, yet these are not recognised in Japan. In addition to the forms, the MHLW asked for the original printed prospectus of her university medical school; a detailed account of the curriculum, including modules and number of hours taught; the number of full and part-time academic staff; live births delivered; “corpses used for test autopsies”; and the size of the building in square metres.

“My old university office stated that they had never come across an application that required so much detail”, she said. In December 2014, she passed the exam, at which she was the only candidate, and received her licence three months later. She was finally permitted to start work in June, 15 months after beginning her application.

“We recommend the recognition of existing professional qualifications”, said Longbottom, “if the Japanese government wants to attract more highly skilled doctors from abroad”.

That’s a big if. An MHLW spokesman would only confirm that it “may” decide to “relax the bilateral agreements of mutual accreditation of doctors’ licences”, but only within six “national strategic special zones”.

Instead, the government has chosen to focus on training translators. By the time of the 2020 Olympic and Paralympic Games, the Tokyo Metropolitan Government reportedly hopes to make English-speaking staff available around the clock at all eight municipal hospitals.

The Ministry of Internal Affairs is currently testing voice translation apps that it hopes will be able to translate spoken phrases in 10 or more languages in real time by the time of the Games.

Yet even the best translation is inadequate, according to a British general practitioner who has worked in Tokyo for several years. “You can only ever get across about 80% of the necessary information. Medical consultation is a face-to-face business that requires the doctor to pick up on nuances. Educated Japanese people such as doctors have studied English for years at school, so it might be better to get them to focus on their English”.

But trying to change working practices in Japan inevitably invites opposition from vested interests; Japanese doctors and nurses do not welcome the prospect of foreign competition.

As in many countries, opposition to migrant workers, even the highly skilled variety, runs deep. However, calls for the racial segregation of immigrants by a former member of the prime minister’s education reform panel in February show that the parameters of what is considered acceptable public discourse on immigration differ in Japan from those of most developed nations.

William Swing, director of the IOM, called for “large scale immigration” at the Tokyo forum. “Foreign healthcare workers are critical, given Japan’s demography”, he said. “We need laws that allow dual nationality, permanent residency and a clear path to integration”. At the moment, Japan is focusing only on translation apps for Olympic tourists. 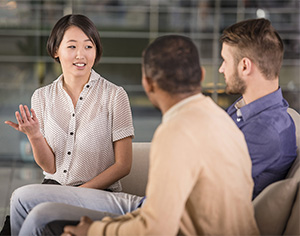 While most of the translation agencies that stand to benefit from an increase in business are Japanese, one British firm believes it is well placed to offer global expertise in medical interpretation. thebigword, a Leeds-based translation business, is the leading provider of interpretation services to the NHS, and has an office in Tokyo where it currently translates corporate material for Japanese medical organisations.

“It will be interesting to see how far the plans will be taken”, said James Smith, director of Tokyo operations. “For example, will translation services be provided only for emergency services, or will they extend to telephone consultations, pharmacies and drug warnings in multiple languages?”

Smith believes the fragmented nature of the Japanese healthcare system presents challenges for non-Japanese providers, but “if there is a genuine top-down initiative to implement telephone interpreting across all front-line services, it could be interesting.

“At the moment there is very little formal provision in Japan for non-Japanese speakers, so it is definitely a potential growth area”, he added.