Shift to preventive medicine clears more drugs and medical devices, but much remains to be done

In recent years, alterations that have been made to the rules governing Japan’s pharmaceuticals sector mean that foreign medicines are being approved sooner, innovation is being rewarded, and a gradual shift is under way to preventive medicine. This is good news for anyone suffering from a complaint ranging from the common cold to cancer. But, the experts say, there is always room for improvement in a sector that will inevitably affect everyone, sooner or later.

Traditionally, in Japan there have been hurdles to the development of medicines that have made it difficult for them to be developed simultaneously here, in Europe and in the US.

One reason for this is that the division within the Ministry of Health, Labour and Welfare responsible for the approval of new products, applied rules requiring specific data that were not required in other markets.

Similarly, it was necessary in Japan to obtain some data—such as protocols for clinical trials—in ways that differed from those applied in other jurisdictions. Inevitably, the differences meant that foreign firms needed to carry out separate clinical trials before they could sell their products here, all of which extended the development schedule, raised costs and slowed the process of further refining the medications. 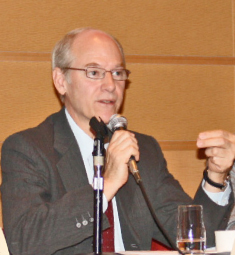 By 2001, the term “drug lag” had come into widespread use in the industry here, while patients in Japan with complaints that could be cured or ameliorated with new medications could only look on with envy as people abroad, with identical health problems, recovered.

“Changes in the market really began in 1997”, said William Bishop, director of corporate affairs for Nippon Becton Dickinson Co., Ltd., adding that they were triggered by political changes that took place during that decade.

“In 1996, Japan accepted the International Conference on Harmonisation of Technical Requirements for Registration of Pharmaceuticals for Human Use (ICH), informed consent rules that previously had been adopted in Europe and the US.

“The adoption of the ICH patient informed consent standards was critical for the advancement of clinical development by foreign pharmaceutical makers in Japan”, he said. This change triggered a shift among foreign firms and how they operate in Japan. By 2000, the makers were developing their own drug pipelines here.

It was not all immediately plain sailing, however, since there was no across-the-board acceptance of all the ICH bridging studies, attempted in a bid to reduce the time required to bring existing medicines into Japan. It was particularly difficult, according to Bishop, to obtain approval of drugs for central nervous system (CNS) disorders.

The aim, he explained, is for the bureaucrats in different countries who set the rules to move towards a globally harmonised regulatory system.

“The goal in any area of trading is for the harmonisation of standards, and this is critical in all aspects of medical devices, from design and development to approval”, he added. “It’s difficult for the US and Europe, as well as for Japan, but moving closer together will facilitate smoother development and faster approvals”.

Bishop believes that the market here today is at a tipping point, with overseas drug makers accounting for most new products coming to market and outgrowing their domestic counterparts by many multiples.

“It’s only a matter of time before we see the market shares of big pharma makers operating in Japan reflecting their global shares”, he said. “That could happen well within the current decade. While large Japanese pharma companies race to go global, with some expanding rapidly overseas, the globalisation of the Japanese pharma market will continue unabated”.

Japanese firms will have to rise to the challenge both at home and abroad but are just as happy as their foreign counterparts about the changes that are taking place here.

Simon Collier, director of government relations at Eisai Co., Ltd., identified two particular changes that have had a positive impact on the firm’s fortunes.

“The Japanese government has targeted a reduction in the amount of time taken to approve new products, and significantly increased the number of staff at the Pharmaceuticals and Medical Devices Agency”, he said. “This has made launching new products in Japan quicker.

“And in 2010, the government introduced—on a two-year trial basis—a new pricing system for pharmaceuticals, awarding most patented products an ‘innovation premium’, in effect exempting them from biannual price cuts.

“The move was revenue-neutral because off-patent products were subjected to larger price cuts”, he said. “At no cost to the taxpayer, the rewards and, hence, incentives for innovation were increased”, he explained, adding that a second two-year trial period began in April 2012.

The changes were, in part, encouraged by members of the industry, but they were not the loudest advocates. 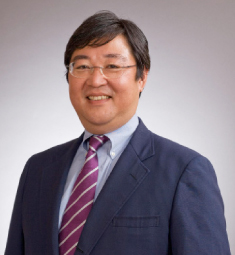 “The greatest pressure was exerted by patients and citizens—who are taxpayers—who realised they were not being offered the best treatment options, as well as doctors who were not able to prescribe unapproved medications under the Japanese healthcare system, even though they believed the new drugs could benefit their patients”, according to Yoshiaki Komatsu, corporate communications manager for GlaxoSmithKline K.K.

Another benefit has been that a growing number of firms are incorporating Japanese patients’ data into global clinical trials, helping to significantly speed up the drug development process. With the same clinical trial protocols simultaneously applied, unified drug evaluation criteria are spreading throughout the world.

“The government recently started discussions to include three new vaccines—for cervical cancer, pneumococcal infection in children, and Haemophilus influenzae type b (Hib) in the government-funded vaccination programme as routine vaccines”, Komatsu said. “The decision brings Japan into line with the US and European countries, where the three vaccines are already part of routine immunisation programmes”.

In addition, as soon as funding has been secured, the ministry aims to include four other vaccines in the routine programme, opening up the possibility that other innovative vaccines will be included in the future.

For GlaxoSmithKline—the West London-based global leader in the areas of pharmaceutical products, vaccines and consumer healthcare products, and the world’s third-largest pharmaceutical maker in terms of revenue—the aim has to be complete harmonisation of the drug development process with Europe and the US to ensure patients have access to the same treatment, wherever they are.

Becton Dickinson Co. is one of the leading medical-device firms in the world and also has a significant presence in the diagnostics and biosciences markets. One area of anticipated growth in Japan is biomedical and stem cell research, in which the firm is a global leader. Another area with high potential is safety engineering in the medical sector, in large part because safety is currently only a voluntary consideration for institutions.

“We also see a great opportunity in diagnostic systems here, as there is a shift towards a prevention-orientated paradigm of screening, early detection and early, aggressive treatment, which has also been shown to be cost-effective”, Bishop said.

One of the biggest challenges in Japan is cervical cancer prevention, as women here are required to undergo the cervical cancer Pap test, selecting it from a list of options when they undergo routine health check-ups.

This “opt-in screening system” has contributed to a cervical cancer screening rate of only 24% in Japan, which is less than half the 63% average across member nations of the Organisation for Economic Co-operation and Development (OECD).
In many European countries and the US, where cervical cancer screening is taken for granted in women’s standard health checks, the rate is close to 90%.

“Cervical cancer screening should not be an opt-in system for women in Japan; if it was an opt-out system, like in the UK and the US, then the screening rate here would soar to over 90% overnight”, Bishop said. “That is the sort of challenge we face every day; the kind of conceptual shifts that hold the potential for dramatic change”.

Although the industry, ably assisted by doctors, patients and advocacy groups, can be justifiably proud of the changes they have wrought on the medical system here, Bishop cautions that much remains to be done.

Chair of the Healthcare Committee of the American Chamber of Commerce in Japan (ACCJ), he points out that the ACCJ Healthcare White Paper, issued by the committee late last year, has no fewer than 134 recommendations across 27 sectors. 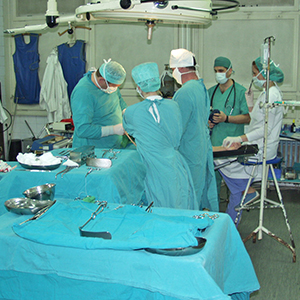 Trials and chances for British doctors and firms