For foreign entrepreneurs and executives

The popular pastime of pachinko, according to Tokyo-based barrister Tim Marrable, is a compelling parable for the legal twilight zone in which many businesses in Japan can find themselves.

“It’s a massive business, but no one really knows how the law applies to it”, Marrable told a BCCJ-supported foreign executives seminar entitled “Legal & Finance for the SME Executive — What the Foreign Executive Needs to Know about Business in Japan,” in Tokyo, on 20 April, organised by C.C. Consulting Co., Ltd.

In this stripped-down version of pinball — a long-time national obsession — players receive tokens when they win. Then they exchange the tokens for gifts, since receiving cash for their winnings is prohibited under Japan’s gambling laws. 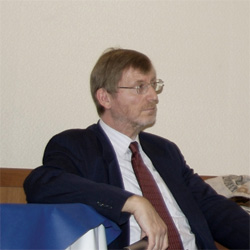 “But there are little booths near pachinko parlours where you can exchange tokens for cash”, explains Marrable, representative director of compliance consultants First Line K.K., which also supplies interpreting, translation and certification training services to the finance industry.

“The exchange booths are outside the parlours; that is deemed acceptable by the National Police Agency. Were they inside the parlours, however, they would be seen as aiding and abetting gambling, because the money would be directly connected with such activity”.

“What?” you might ask. You wouldn’t be alone. Even the very people who run the pachinko industry are often in the dark about the law. “One of the perennial complaints of the pachinko industry is that they don’t know if what they’re doing is actually legal or not”, Marrable said with a laugh.

But it’s also a lesson for foreigners aspiring to launch their own businesses in Japan, famous for red tape, legal rigmarole and regulatory grey zones. Often, this can work to the advantage of the independent businessperson, since a generally flexible attitude by regulators and other government officials is often said to be a major benefit of running a business here.

The pachinko parable was one of several anecdotes and a plethora of technical information and advice offered by Marrable and Tim Coomber, representative director of Change Management Japan, which provides coaching, training and project management services. Coomber is also a professor in the MBA programme at the Kenichi Ohmae Graduate School of Business and a chartered management accountant.
You might wonder why foreigners should be giving advice and information concerning Japan, and telling anecdotes about the country. After all, it has plenty of its own experts. The answer, said Coomber, is that Japanese professionals, while generally offering information that’s accurate and relevant, also tend to give advice that goes strictly by the book. 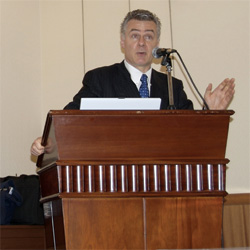 “If you ask a Japanese specialist, they will often give you a very rigid answer in accordance with their understanding of the law”, he said. “That’s not to say that we would ever recommend not obeying the law. But occasionally there are cases that leave scope for interpretation”, he said, referring to grey areas.

“My experience is that it’s better to have a firm idea of what you want to do, and then take it to a Japanese professional and ask, ‘Is this against the law?’ rather than ask what you should do”, said Coomber, who is also chief catalyst at Platform One KK, which helps new businesses get started, and senior advisor to TMF Japan KK, a provider of outsourced accounting services. “If you ask him what you should do, he will tell you what he would do or the way everyone else does things, which is not the best way to get new initiatives started”.

Marrable, who recently became a governor on the Board of the CFA Society of Japan and in 2005 was called to the Bar of England and Wales, added: “You will be frustrated because you won’t get a straight answer, or you won’t get any answer, or you’ll get a different answer depending on who you ask. That’s a common experience here, where you don’t actually know what the state of affairs is”.

“There are a lot of hurdles when you’re starting up in Japan,” said attendee Yogesh Sharma, founder of IT consulting firm Savy Infotech Inc. Japan and IDC Foods Inc. Japan. “You can go to the offices and get all the right documents, but you really need to get advice from these guys. It’s most important to know what’s really going on — because of all the grey areas we have here”.