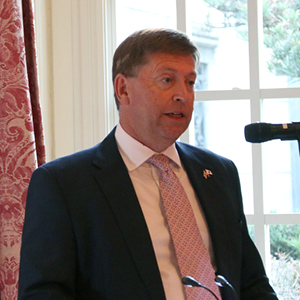 Much of the sporting world will focus on Japan over the coming 18 months. Millions of people will attend the matches and events of the Rugby World Cup (RWC) and the Olympic and Paralympic Games, while billions more from around the world watch.

That makes the next year and a half the perfect opportunity to showcase British excellence in everything from business to tech­no­logy, energy, arts and culture, artificial intelligence, the life sciences and other areas in which the UK excels—and to use these sporting occasions to build new partnerships. 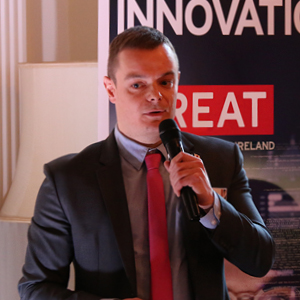 When Japanese Prime Minister Shinzo Abe visited the UK in early January, Prime Minister Theresa May announced the celebration of UK in Japan 2019–20. Unveiling the campaign at the British Embassy Tokyo on 30 January, Ambassador Paul Madden said the aim is to make use of this unique chance to demonstrate the strength of UK–Japan links and underline the possibilities that exist across a spectrum of sectors. 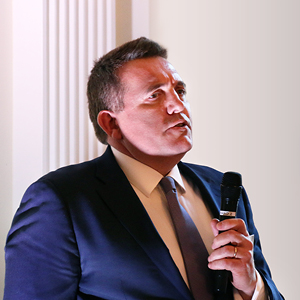 “We think this is a great opportunity for us to demonstrate our strengths not just in a range of sports, but in innovative technology, science, education, the arts and other areas and values that the UK espouses, such as gender equality, diversity and inclusion,” he said.

The embassy is working together with the British Council in Japan and a network of UK Government departments to deliver the campaign. The well-established “GREAT” brand will be placed front and centre and the embassy’s facilities will be a key part of the platform. 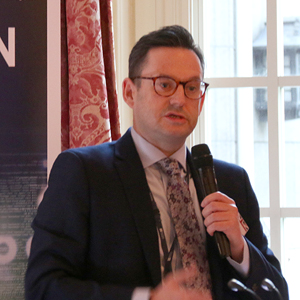 “The aim is to be bold and to deliver for businesses,” the ambassador told business leaders attending the event to promote sponsorship oppor­tunities. “We are very keen to have you alongside us as we aim to deliver on this high-profile campaign”.

The campaign is being developed on the founda­tions of a number of similar promotions. Notable among these are the British Council-led UK/Korea 2017–18, which attracted 1.2mn people to 184 events across 17 cities, and the British House at the Rio de Janeiro Olympic and Paralympic Games in 2016, where visitors reached an estimated 280mn people.

David Mulholland, head of events at the embassy for the upcoming sporting events in Japan, confirmed that UK in Japan will be one of the biggest and most ambitious programmes yet to be attempted by the UK Government in Japan.

Due to kick off on 20 September—when Japan hosts Russia at Tokyo Stadium—the RWC is expected to draw 2.4mn spectators over its six-week run, as well as a global television audience forecast at more than 4bn.

“We are planning to have a touring pop-up activation in four key cities across the nation: Sapporo, Tokyo, Kobe and Osaka,” Mulholland said. British food and drink are among the items to be showcased.

Japan’s recent decision to lift the ban on imports of British beef makes the occasion “the perfect opportunity” to raise the profile of the UK’s cuisine, and the campaign is looking for partners in this area.

The embassy in Tokyo is also planning to host receptions to coincide with the opening of the tournament and at key moments during the competition.

The Olympics, which open on 24 July, 2020, and the Paralympics, starting on 25 August, should be attended by 10mn spectators, with an audience of 4.8bn people around the world watching on television.

The embassy will once again host events to mark the opening and closing cere­mo­nies, as well as marking the 1 Year To Go dates through digital channels. Working with the British Olympic Association and the British Paralympic Associa­tion, the organisers also hope to welcome athletes to a number of events.

The campaign will also tie in neatly with “GREAT Weeks” for specific sectors in the coming months. Representa­tives of fintech and tech­­­no­­logy firms will visit Japan in September, followed by organisa­­tions in the arts and culture in November. In January 2020, the highly visible marketing and digital campaign will shine a spotlight on the energy sector and sustaina­­bility; in May on the auto­­motive industry, artificial intelligence and engineer­ing; and in June on health­care—encompassing healthy ageing, the life sciences and assistive technologies.

According to Matt Burney, director of the British Council Japan, the business side of the campaign will be complemented by a cultural and education programme to include tours of Japan by major UK arts institutions, including the National Gallery, the Royal Opera House, the London Symphony Orchestra and the Courtauld Gallery.

There will also be a number of artistic colla­bora­tions and residencies, as well as forums and work­shops, while the education component will feature Study UK Fairs, where students learn about study options, and an international academic conference.

Organisers are calling on firms to take part in this “unique and bespoke partnership” to promote UK business in Japan, engage with existing and potential customers at high-profile business events—which may also include members of the royal family, government ministers, business leaders and athletes—as well as generate brand exposure and showcase products and services.

The UK in Japan 2019–20 campaign will be launched officially in September.

Firms interested in taking part should contact David Mulholland at the British Embassy Tokyo on david.mulholland@fco.gov.uk
or Matt Burney at The British Council Japan on Matt.burney@britishcouncil.org.jp