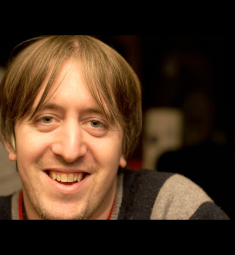 And neither Dylan Cuthbert, founder of Q-Games, Ltd., nor Giles Goddard, the brains behind Vitei Inc., would swap their lifestyles in Kyoto for the bright lights of Tokyo or Osaka.

Both formerly with London-based 3D computer graphics gaming company Argonaut Software, Cuthbert and Goddard first came to Kyoto to work for one of the city’s most famous firms, Nintendo Corp. Since choosing to put down roots in the city, they have effectively created a British technology micro-hub.

“The advantage is being able to concentrate”, said 39-year-old Cuthbert, who grew up in Cheshire and left school in the middle of his A-levels to join Argonaut.

“If we were based in Tokyo, we would have people coming to visit daily and all our time would be taken up”, he said. “But sometimes it can be difficult to find good staff willing to come to the ‘country’, even though Kyoto has a population of 1.5mn”. 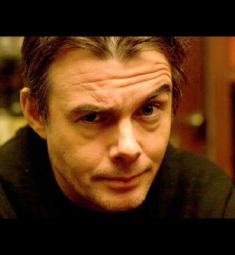 Within one year of joining Argonaut, Cuthbert had created a 3D rendering engine on the GameBoy platform, which caught the attention of Nintendo at the Consumer Electronics Show in the US. Two weeks later, he and the owner of Argonaut had been flown to Japan and signed a deal to create a 3D game for the GameBoy.


“I didn’t come back to Japan for about six months after that first trip, but Kyoto stuck in my thoughts and I really wanted to come back here as it was all just so much more exciting than Colindale, North London”, he added. “As the development progressed, I ended up coming here more and more often until Argonaut and Nintendo decided to simply station me out here”.

After that project, Cuthbert spent time in the US and Tokyo before creating his own firm, which celebrated its 10th anniversary last year.

“We develop video games that combine aesthetic taste with technology and fun—usually in some fiendishly addictive way”, he said. “We’ve made numerous games for the Nintendo DS, PSP, 3DS, PS3 and a few other platforms.

“We also have a Facebook game out at the moment called PixelJunk Monsters Online”, he added. “On top of making games, we also develop technology, usually graphics-related. For example, we made the wavy bar background and the music visualisers for the Sony PlayStation 3”.

Q-Games has a staff of 40, most of whom are programmers and artists, as well as game designers, and Cuthbert is keen for the firm to remain a “design studio”, as opposed to a stuffy corporation.

Goddard’s links with Kyoto have followed a remarkably similar path since he left school in Southampton after his O-levels to join Argonaut. Catching the eye of Nintendo for some of his work on real-time 3D graphics, Goddard made a game for the Japanese giant at their Kyoto headquarters before joining the firm full-time.

Vitei Inc. was incorporated in 2002, primarily making video games for Nintendo consoles, and Goddard is particularly proud of their most recent title, released in May 2011.

“It’s called Steel Diver and it’s for the Nintendo 3DS hand-held system and we’re very proud because it went from being a small downloadable title to a full-blown cartridge game for Nintendo’s newest hardware”, he said.

The firm employs about 15 and Goddard says he tends to hire his creative staff from Britain, “mainly because the UK produces the best programmers that I have found—probably because of the weather”.

Vitei is aiming to remain as independent as possible in the years ahead, although Goddard agrees smaller outfits in the industry come up against particular challenges.

“It is harder for small games firms like us to make an impact these days because budgets are so much higher now—some games require literally hundreds of programmers and artists”, he said. “In some ways that is good, though, because it forces us to come up with clever ways to use the resources we have which, in turn, stops us from becoming complacent”.

Cuthbert agrees that the market is “always very fluid” and requires constant monitoring for trends.

“People will always want games to play, so we just have to make sure we get our name out and about, because the games speak for themselves once you can get over that initial hump and persuade someone to give them a go”, he said.

“The key to making any creative company a success is the extent to which you dare to be fussy, especially when you are considering what the consumer is going to see and how they are going to see it”, he added.