How the upcoming Games will affect the relocation industry

With the promise of higher revenue from tourism, improved cash flow and a general boost to the economy, no one can deny there are distinct benefits to hosting the Olympics.

To a nation that has suffered tragedy, the Olympics may bring a sense of pride and national unity, which would help speed up the healing process in the wake of the 2011 Great East Japan Earthquake and tsunami.

There is hope that, by restoring the pre-quake image of Japan, the positive trends previously seen in the moving industry will also be restored.

In the past, the relocation industry could expect a set number of people to move to this country. Then, after a number of years, the same people would leave again. 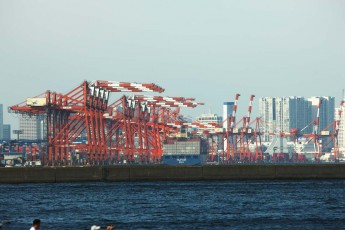 The number of people moving to/from Japan has plunged since 2008.

Meanwhile, Japanese nationals also would go abroad to work, only to return again at some time with all their belongings. So overall, there was a more or less steady demand for incoming and outgoing shipments of household goods.

Then, however, there came the 2008 Lehman shock, followed by the 2011 earthquake and tsunami, and the nuclear crisis. These events meant that many people left Japan very quickly. In fact, several years’ worth of departures took place as a mass exodus.

Since fewer people have been willing to come to Japan since these events, the number of people moving out has also dropped considerably. This has rendered inbound and outbound services here nearly redundant.

In addition to shipments of personal household items, UniGroup Relocation Japan specialises in commercial cargo. We believe that we can benefit from the media coverage that will focus more on Japan until the 2020 Games and the greater number of tourists that will result from the exposure.

Our optimism rests on two factors: the hope that, at a later date, some of the visitors may decide to return here to live for a time; and the expected Olympics-related increase in cargo imports.

The incoming freight would include direct shipments, such as imports of equipment, machinery and commercial goods for the Games, in addition to the larger shipping volumes as a consequence of the increased number of firms and shops setting up in Japan.

In addition, hopes are running high that the awarding of the Olympics to Japan will help lead to a revision of the corporate tax law for foreign firms. This would attract more such enterprises to Japan.

Over the longer term, and on the downside, it is possible that residents in Japan will find themselves paying higher taxes to help finance new infrastructure in preparation for 2020.

As a result, though, more employment opportunities will arise. New facilities will have to be built, and existing buildings and transport networks will require renovation. It can even be argued that some of the transport-related projects may not have been approved had it not been for the Olympics.

One can foresee import regulations becoming more stringent for goods entering Japan, which would lead to delays at customs.

Currently, random items are selected for inspection, but it is expected that more specific types of goods will be targeted in the years leading up to 2020.

UniGroup will help ensure that any related delays to deliveries are minimized, and will schedule packing and vessels/flights to meet the needs of each client, bearing in mind the new, stricter regulations.

Up to now, the spotlight has been on how Japan will be portrayed in the eyes of potential visitors to the nation. However, over the long term, one must surely hope that the Olympics—with its 200 plus participating countries—will help capture the interest of future generations in Japan, enabling them to grow up with better knowledge of the world.

Through the Olympics, we hope Japan will become less secluded as a nation, and our children will have a better chance to assimilate with others from different cultures.

This, we hope, will spur more relocations across the globe, helping to keep our industry alive and flourishing to better serve our valued customers.