Gordon Liversidge, university professor, founder of the British Football Club and a hugely popular member of both the expat and local communities in Tokyo, died in November aged 65.

Originally from Sheffield, Liversidge moved to London and developed a passion for Crystal Palace Football Club.

He arrived in Japan in the mid-1970s, having gained a degree from the University of Salford, and initially took a job teaching English to employees at a number of firms, before getting a position at a high school in Saitama Prefecture.

About a decade later, he spent five years lecturing in the English department at a university in Nagano. He then took  up a post as a professor focusing on  English pedagogy, British and American culture, and multimedia at Otsuma Women’s Junior College in Tokyo, where he was deeply committed to his students and oversaw the college’s annual study abroad programme in Oxford.

Liversidge went on to complete an MA and PhD at Temple University’s Japan campus, with fluency in Japanese becoming another of his accomplishments.

Liversidge’s arrival in Tokyo coincided with the football team organised by the British Embassy Tokyo facing a decline in the number of embassy players available. He thus took on the task of setting up a replacement club and finding sufficient players.

He served variously as captain, organiser and “general head honcho” of the British Football Club (BFC), according to long-time friend and team-mate Don Whyte.

“He really loved his football and was instrumental in everything that the club did”, Whyte told BCCJ ACUMEN. “And he was a regular on a Saturday night when Premiership games were being shown on the big screen at the Footnik bar in Osaki”.

The club combined its bonenkai end-of-season party and a memorial for Liversidge on 10 December, with the club unveiling a commemorative plaque.

A non-religious funeral service was held at a temple in Takadanobaba in November, with about 200 people attending.

“It was standing room only and it took everyone aback that so many people came”, Whyte said. “But that goes to show just how many people knew him over the years”.

And while the tears flowed, according to one of those present, they were offset by plenty of laughs as Gordon’s closest friends recalled many of the absurd things he used to get up to—all on display in graphic detail in a slide show spanning the years.

“In Gordon’s world, table tops were for dancing on, beer was for spilling and his generous girth was for exhibiting”, Fred Varcoe, another BFC team mate, said. “And cars really did look better parked in rice paddies.

“As he would have wished, the service was more party than pathos”.

Hideko, his wife of 10 years, was present at the service, along with Liversidge’s two brothers, one having flown in from Australia and the other from the UK.

“It was a very sad occasion because his death was just so unexpected”, Whyte said. “Everybody there said Gordon never had a bad bone in his body; he was a really good bloke who would do whatever he could to help anyone who was having any sort of problem.

“He was a dedicated husband to Hideko and was great with his students, caring about them”.

Liversidge remained closely involved in the BFC after calling time on his football exploits, but also took up golf and went on annual overseas tours with expat friends, including to courses in Malaysia and Thailand. He was also involved in Brits at Lunch and other events and organisations in and around Tokyo.

Varcoe said he had first met Liversidge shortly after he arrived in Japan 30 years ago.

“He was one of the first people I met”, Varcoe said. “Luckily, I already had accommodation. Gordon would certainly have offered me some if I hadn’t. On one occasion, he allowed two homeless footballers to crash at his place ‘for a month or two’ even though he only had a six-mat room—which he was already sharing with someone else. Generous to a fault, indeed.

“He was also the life and soul of the football club. He founded it, ran it and also gave it much of its character.

“He loved his football, he loved drinking and took every opportunity to combine the two things”, he said.

“The team played a central role in the British expat community here and Gordon was this larger-than-life character at the very heart of it”, he said.

“And I think that is how we want to remember him”. 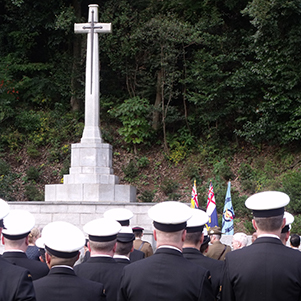 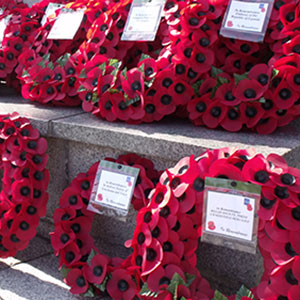