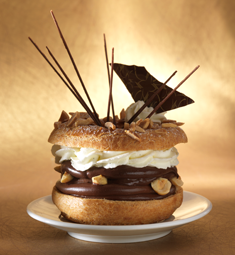 In January 2012, Custom Media vowed to showcase in BCCJ ACUMEN a diverse array of subjects, industries, people and things related to UK–Japan business, culture, sport, lifestyle and more over the following 12 months.

Front covers have featured more women than men, plus fashion, food, sport, music and transport. We received one letter of complaint (August) and too many compliments to publish. Apart from a good read, our pages (and sponsors) have generously given readers scores of books, event tickets, discounts, champagne, wine and glasses.

We’ve thoroughly enjoyed putting it all together for you and we always look forward to the next issue.

Here’s my A to Z of the year’s top ACUMEN stories:

Chocolate with a twist from Fife and Osaka; cricket in Sano City, Tochigi Prefecture

Fashion with Vivienne Westwood (shoes) and the Union Jack (everything); flowers at Chelsea and Nagasaki

Investment by foreign firms outside Tokyo

Kasumi Ishikawa, a teenage table tennis player, is one of the youngest competitors at the 2012 London Olympic and Paralympic Games

Zero-emissions Leaf made in Sunderland by Nissan Motor Co., Ltd.

Finally, from everyone at BCCJ ACUMEN, we hope you enjoy a safe and pleasant holiday.