On 21 September, 1975 Wales defeated Japan 56–12 in a match at Hanazono Rugby Stadium in Osaka. In attendance was Koji Tokumasu, and the experience changed his life, setting him on a path that would lead to his appointment this autumn as an envoy of the Welsh Government in Japan.

That day in Osaka came after Tokumasu had graduated from International Christian University (ICU), where he took part in intramural rugby games and become a member of the ICU Rugby Club. He was so moved by the Wales–Japan match that he flew to the UK in 1977. What was planned to be a two-week stay turned into two years as a research student at Cardiff College of Education, now Cardiff Metropolitan University.

Rugby remained an important part of his life while in Wales and, in 1979, he decided to return to Japan and become an English teacher and to coach the rugby team at Meikei High School in Ibaraki Prefecture. Within a decade, he had led the team to a championship, winning the 1989 National High School Rugby Tournament.

Since 1995, he has worked for the Japan Rugby Football Union and played a key role in bringing the Rugby World Cup 2019 to Japan. He was selected as one of the 50 most influential rugby figures in the world in 2017 by Rugby World magazine.

Following his September appointment as an envoy of the Welsh Government in Japan, ACUMEN spoke with Tokumasu about what the role means 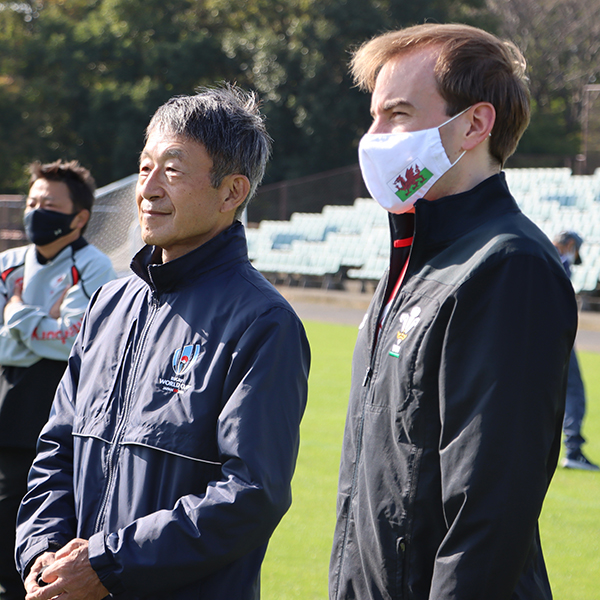 Tell us about your new job and time in Wales.

I visited the city of Beppu, where Wales and the All Blacks of New Zealand held their training camps for the Rugby World Cup 2019. The Mayor of Beppu, Yasuhiro Nagano, has done a wonderful job by creating a tremendous training venue. Beppu’s famous hot springs have also led to this success. We have been talking about providing this venue to the Japan Top League teams, and we realise that our efforts will finally bear fruit; it became a part of a legacy.

The reason I took on this mission is that Wales has significant meaning in my life. I went to Wales for the first time when I was 25. Ever since I saw the Wales national team in 1975, I was deeply moved by the beautiful rugby. I was fascinated by their style—one I had never seen before—and decided then and there that I wanted to go to this country to learn how they play rugby. 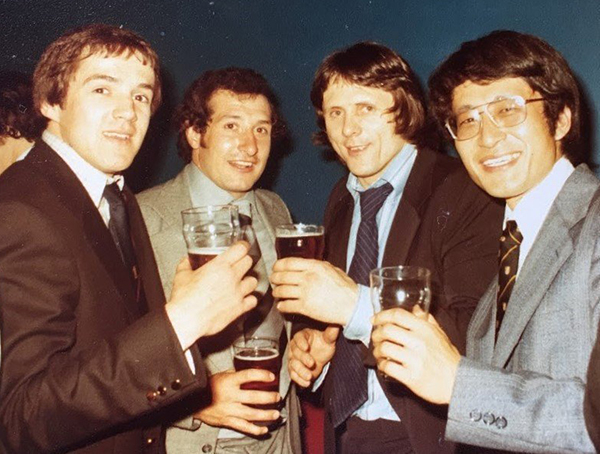 I arrived in Cardiff with no job, no plan and nowhere to live. I intended to stay for a few weeks, but fell in love with the country and stayed for two years. Crucially, I was able to make a connection at Cardiff College of Education, being given permis­sion to attend sports science lectures in return for translating Japanese textbooks on gymnastics.

When I eventually returned to Japan, I brought with me everything I had learned about Welsh rugby and its training methods. I employed them to great effect as a rugby coach in Ibaraki Prefecture, guiding my school’s team to the national championship.

Wales and Oita are two of the most unforget­table places I have lived, and they changed the course of my life dramatically. I actually lived in Oita for two years when I was an elementary school student, and have taught rugby to local kids at Oita Rugby School. This year’s visit was very emotional for me because of these past experiences—I felt like I was back at the beginning.

The connection with Oita Prefecture was very impressive for my first mission as an envoy, and I was very glad to meet the local people again after so long.

The dates were also memorable: 2 November was when the Rugby World Cup 2019 final match was held and 3 November, Culture Day, reminded me of last year’s Wales x Oita Friendship Exchange.

During the trip, I met Oita Governor Katsusada Hirose and visited the Oita Prefectural Art Museum. Now, a year after the Rugby World Cup 2019 success, we are about to take a next step for Wales and Oita. The two regions will begin new exchanges through music, education, sport and art, and I have a feeling there will be great interaction beyond rugby.

I also gave a speech to students in Beppu about the importance of never giving up. Looking back at the Rugby World Cup 2019, I remember that I was very impressed by the elementary school students in Oita, who sang the Welsh national anthem. It has been a year, but, wonderfully, they still remember the lyrics. The students singing in Welsh impressed everyone, and I am confident that the international exchange with Wales has had a very positive impact on them.

My mission so far has been to bring the Rugby World Cup to Japan. For 16 years, since 2003, I travelled around the world and, ultimately, succeeded in this goal. My next mission is to work hard as an envoy of the Welsh Government, because I am here today thanks to the encounter so many years ago with Wales and their rugby.

How would you describe the Welsh people?

The Welsh personality is friendly and unique. They have a strong “folk love” and love their friends as if they are family.

Amongst other things, the lyrics of the Welsh national anthem reflect a deep history of perse­cution. There used to be many miners in Wales, and they played rugby as a distrac­tion from hard labour. For Welsh people, rugby is self-expression. They play with a free spirit and their style is unconventional. Welsh rugby is said to be “flair” rugby—played at will. It is like music without sheet music. I learned rugby in Wales, where indivi­­duality is important, and I am now practicing and teaching this lesson at various rugby schools. My life has been greatly influenced by Welsh rugby, and I would like to spread this wonderful experi­ence to children.

The Welsh national anthem is also filled with the Welsh soul. Welsh people are very fond of their country. They always remember the first time they played rugby—and the people and lands that raised them—and they sing the national anthem while remembering all those people and places.

What are you favourite aspects of Welsh culture?

It is often said that the Welsh people have three favourite things: rugby, singing and beer. Through rugby, Wales, which had not been well known in Japan, was widely recognised here. The children of Kitakyushu drew a picture of a red dragon for the Wales national team, and the Welsh national team players were very impressed when 15,000 Kita­kyushu citizens came to see the practice wear­­ing the Welsh-team T-shirts three days before the tournament.

Wales has its own special culture. Celtic music is unique, and there are many beautiful old castles. Due to the historical charm of Wales, when you are there, you will feel like you are walking in a foreign country in Britain. The Welsh people often use the word “Cymric,” which is what they call themselves in Welsh. Even after use of the Welsh language was banned, it remained active to preserve historical and cultural traditions.

What do Wales and Japan have in common?

Both have a spirit of hospitality. Wales is similar to Japan in that the people have a strong love for the locals. During this time of pandemic, I am happy to have been able to make a visit to Oita as an envoy of the Welsh Government. And I am very much looking forward to continuing to explore the charm of Wales in the future. 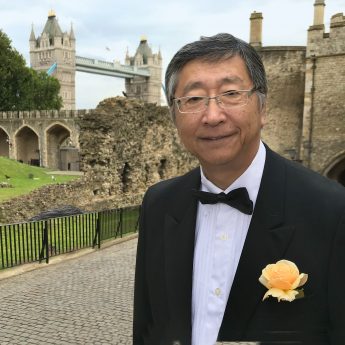 My happy three-and-half years in London