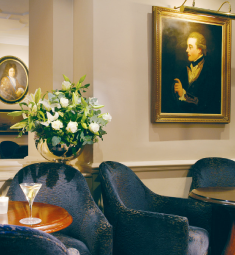 “Everything must come straight from the freezer”, said Palazzi who, since 2007, has been the head barman of Dukes Hotel in St James’s. To make the drink, Palazzi adds sugared roses from Fortnum and Mason, a splash of chocolate bitters, an infusion of South American tonka beans prepared in advance and Russian vodka—before the final touch of rose liqueur is applied with an atomiser.

Palazzi, who visited Tokyo in May to give a series of martini masterclasses at the Ritz-Carlton Hotel in Roppongi’s Midtown complex and take part in the Tokyo International Bar Show’s Whisky Live, explained: “I called it the Fleming 89 because the area around the hotel is surrounded by history—including the perfumery Floris”, said Italian-born Palazzi. “And Floris 89 was Ian Fleming’s favourite eau de cologne.

“The Fleming 89 is probably the most complicated martini ever made because if you leave the beans too long, the flavour is too strong and the taste is awful”, said Palazzi, who arrived in London in 1975 but has risen to the peak of the bartending profession at one of the most prestigious—and certainly the most storied—hotels in Britain.

The lodgings that, at the World Travel Awards in 2011, won the title, England’s Leading Boutique Hotel, were built in 1890 and have served as a hotel since 1908. Between the grounds of Buckingham Palace and Piccadilly, St James’s is one of the most famous districts of London and home to many traditional retailers, such as John Lobb Bootmaker, Berry Bros. & Rudd and the exclusive tailors of Jermyn Street.

It was an area in which naval intelligence officer Fleming—and his alter ego, James Bond—thrived.

Shortly before Casino Royale—the first Bond novel—was published in 1953, Fleming was enjoying a martini in Dukes when the phrase “shaken, not stirred” was uttered. It instantly became the suave spy’s preferred way of preparing a martini.

Fleming died in 1964, having penned 12 Bond novels, but his legacy lives on at Dukes.

“I really wanted to recreate those drinks and a lot of my martinis are inspired by Ian Fleming”, said Palazzi. “He is, of course, famous for creating James Bond, but for me it is all about the drink.

“‘Shaken, not stirred’ is such a simple phrase, but the words have power and are now repeated all over the world”.

After the Tokyo Whisky Live event, he told ACUMEN: “I’ve got the best job in the world because I get paid to party every day”, said 54-year-old Palazzi. “I was excited as a child when I saw all the different bottles, the colours, the shapes and the labels. I was fascinated by these things. Even today, the first thing I do when I pick up a new bottle is look at the label”.

Palazzi—who says his favourite tipple, when he is off duty, is a bourbon Manhattan or a gin martini—oversees a staff of four at Dukes. Drinks are served from the trolley at the table, while the atmosphere of the three-room bar is more akin to that of a gentleman’s club.

A stock of no fewer than 14 gins and 12 vodkas is kept in large freezers, together with around 100 chilled glasses.

The year 2008 marked the centenary of both Dukes’ opening and Ian Fleming’s birth. To mark the double celebration, Palazzi set himself the task of creating a contemporary version of the martini that Bond ordered in Casino Royale and later named the Vesper, after the book’s female lead, Vesper Lynd.

Since the French vermouth Kina Lillet is no longer produced, Palazzi turned to a small distiller in Highgate, North London, for a dry vermouth. This is added to one part of Polish vodka, three parts of gin, a couple of drops of angostura bitters and stirred with a twist of lemon.

“I use Polish vodka because Fleming was inspired by meeting a Polish woman who was really a spy and risked her life for Britain”, he said. “That woman became Vesper in the book and, because she betrays him, Bond becomes the ladies’ man of legend”.

And it’s just the sort of legend that a place such as Dukes inspires. 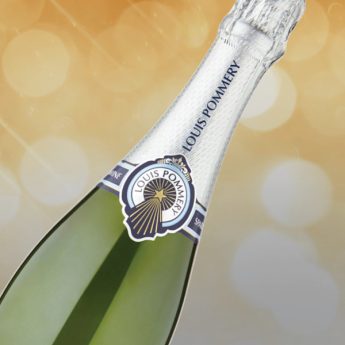 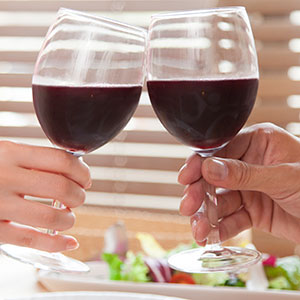