When tragedy brings out the best in us

Due to the difficulty of sourcing paper since the earthquake and tsunami in March, ACUMEN is a few pages short this month. 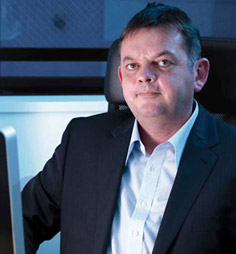 We’ve also brought forward our CSR features, originally scheduled for the May INDUSTRY special, as a fitting tribute to some of the many kind people involved in helping others, in Japan and abroad, all year round.

On the cover, we generally feature CEOs or other high-profile business leaders. But this time, the unlikely and indomitable Saara Takase is our cover girl.

Why? Well, apart from not wanting to use another depressing image of death and destruction, for me the 23-year-old student from Hita-shi, Oita prefecture, embodies the incredible and spontaneous generosity found in much of the world, as well as the close ties between Japan and the UK. It’s not just that she selflessly slung on her guitar to go busking—for the first time in her life—but also that so many passers by in Brighton, with no obvious link to Japan, soon filled her guitar case with pounds and pence. The amount Saara raised may look small compared to the donations of some large organisations, but if the value were measured in terms of zeal, then her efforts are both highly commendable and an inspiration to us all.

Saara is featured on the Community page, alongside other like-minded Japanese and British people who have selflessly raised funds in the UK, while on page 15 we mention some of the BCCJ members in Japan who have provided goods, services and manpower.

I also pay homage to the writers, who did not let the tragedy spoil this issue—by honouring previously set deadlines and word counts—and even stepped in to fill pages left empty by contributors unable to deliver copy on time. Like a number of firms in Tokyo, Custom Media was operating at reduced capacity for a week or so, yet the staff who couldn’t get to the office worked diligently from home to finish projects and deal with enquiries.