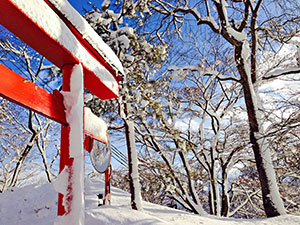 Japan is faced with a number of seemingly insurmountable challenges. A declining population and a dearth of global human resources are examples. However, such challenges are simply opportunities begging for a solution for some long-term residents. Briton Adam Fulford is such an individual.

Fulford has lived in Japan for 35 years. He is chief executive of Fulford Enterprises, Ltd., a provider of language services, and the brain behind the NowHow initiative.

NowHow’s primary aim is to identify value in Japan’s rural communities, many of which have borne the brunt of demographic shifts that threaten their very existence. Via the project, Fulford organises opportunities for diverse groups of largely non-Japanese city dwellers, to explore a community’s resources under the guidance of local residents, many of whom are elderly. These encounters generate new ideas that the community can utilise.

The initiative’s secondary goal is to share experiences of coping with rapid change—from across Japan—with people in parts of the world where it may be valuable.

Since 2014, the NowHow project has worked with people in Nakatsugawa, a community in Iide, Yamagata Prefecture, to identify their natural and cultural assets. These include the wisdom and talents of elderly people, cultural and agricultural practices, and natural features—such as mountains, rivers and even snow accumulations—that can be used to create value as tourist attractions or goods for sale. 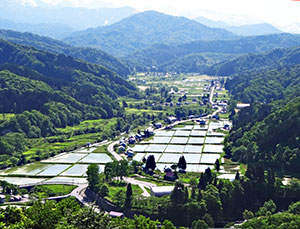 Idyllic Nakatsugawa won a national award for harnessing its beauty.

A number of distinctive items—such as maple syrup and a local variety of pumpkin—have made it as far as a retail shop in Tokyo that sells produce from Iide.

Critically, the NowHow project has gained solid support from the local community. With this united approach, Fulford told BCCJ ACUMEN, locals are in charge of their own fate while opening new avenues for partnership.

“Like many similar communities all across Japan”, Fulford said, “Nakatsugawa is struggling to cope with ageing and depopulation—demographic trends that threaten to push this idyllic community to the brink of collapse.

“NowHow is a project that aims to address these processes, revitalising communities by attracting multi-skilled teams of participants both from within Japan and overseas, to engage with local people”.

Fulford’s involvement in Nakatsugawa, which comprises around 300 people, began in 2013. At that time, he visited the community as a judge in the Bi-no-sato-zukuri Konkuru (village beautification competition), an initiative of the Ministry of Agriculture, Forestry and Fisheries. That year, Iide came top among communities nationwide that had entered the competition. 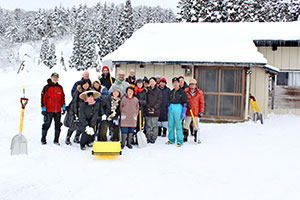 Locals support each other to cope with difficult winters.

In Nakatsugawa, Fulford was able to see first-hand the efforts that local people had been making to reverse decades of rural decline.

“Each community in the competition has been thinking with an open mind about how to keep going”, said Fulford, adding that Iide residents “already had a mindset of doing things their own way. The competition enabled them to draw attention to that.

“I thought Nakatsugawa was a very interesting community. They were thinking creatively about how to use local recourses, such as yuki-muro” (snow storehouses).

Located in the mountains, the village has an annual snow accumulation of around four metres, giving locals the means to preserve a large amount in a warehouse, which can then be used to store various vegetables.

According to Fulford, this results in the vegetables developing a sweeter flavour—a trait that locals use to differentiate their products in the market. The facility is also used to store products such as sake and coffee.

What is more, the facility has given birth to a new and counterintuitive activity in the village—a summer snow festival. A large amount of snow is trucked from the storehouse to an open space to enable locals and tourists to enjoy activities such as sumo wrestling and treasure hunts. 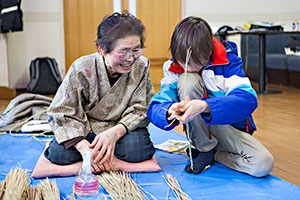 The community is also using its traditions in imaginative ways, Fulford explained. It was once the custom in the area for teachers and travelling merchants to stay at local homes at the snowiest times of year. Today, a number of local families uphold this tradition by opening their homes to tourists as bed and breakfast offerings. Hundreds of guests have had a special experience staying in such accommodation.

“I’ve been told that Japan’s countryside communities tend to be cautious in their dealings with visitors”, Fulford explained, “but I rarely encounter that myself. Certainly the people I know in Nakatsugawa always seem delighted to welcome new people from anywhere in the world”.

Following two years of government support, Fulford is now pursuing ways for NowHow to stand on its own two feet as a business. One possibility is to use places such as Nakatsugawa, which offers great natural beauty and facilities for meetings, as a venue for corporate training.

“The idea”, Fulford said, “is that all the trainees share the aim of generating new value for the local community. On the way to that goal, Japanese trainees might explore ways to be more resourceful, creative and flexible.

“Foreign trainees might seek insights into Japanese culture”, he added. And everyone would get a preview of what Tokyo will be dealing with—just a few years from now—in terms of demographic change”.